Tweet
In 2021, 197 million households resided in the EU with on average 2.2 members per household.
Tweet
The number of single-person households without children in the EU increased by 28.5 % between 2009 and 2021. 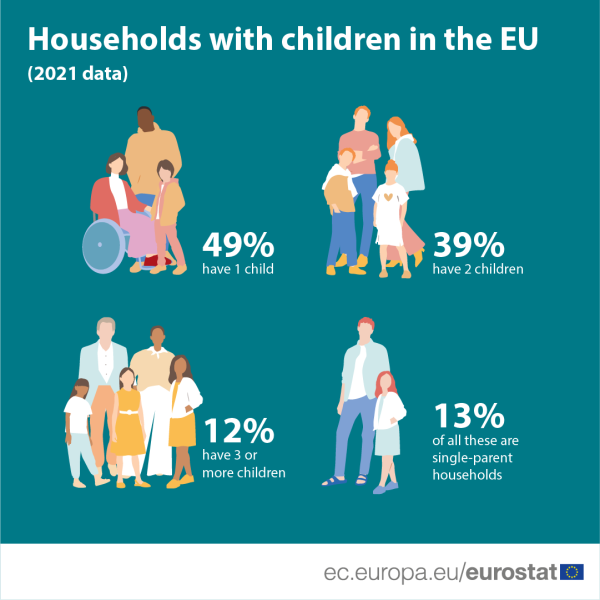 This article presents data on how the number and composition of households have changed in the European Union (EU) and in the EU Member States since 2009. It also reports on the trends for men and women living either as a couple, alone or in other type of household. Children’s presence in households is also given special attention.

The statistics in this article are based on the European Union Labour Force Survey (EU-LFS), one of the largest European household sample surveys.

In 2021, 197 million households resided in the EU with on average 2.2 members per household. 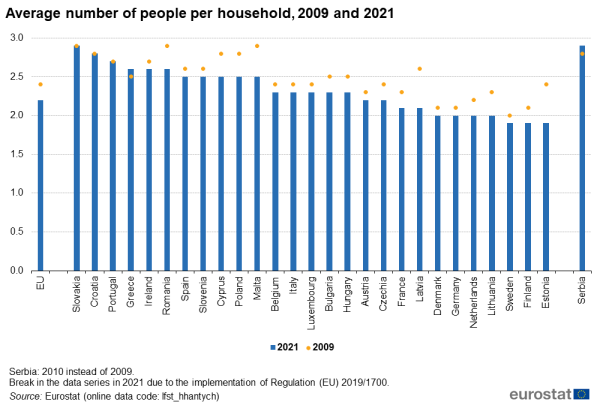 Households comprising a couple (according to the legal marital status or de facto relationship), with or without children, registered a slower increase of 4.1 % since 2009. This increase is driven by the higher number of couples living without children.

Moreover, households with two or more adults (none of whom are living together as couples), also referred to as ‘other type’ of households in this article, decreased by 5.6 % between 2009 and 2021 in the EU. The decrease in this type of household is even higher for households with children (-11.8 %) than for those without children (-3.1 %). 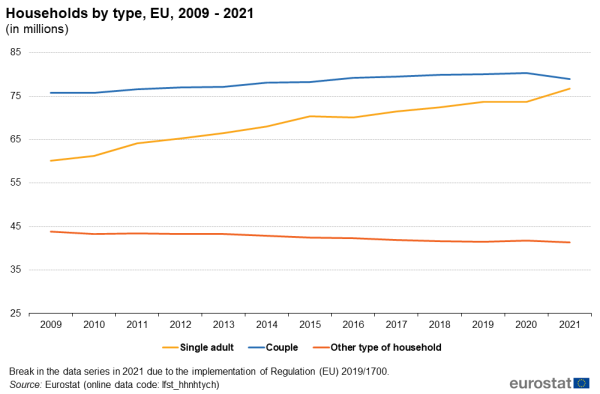 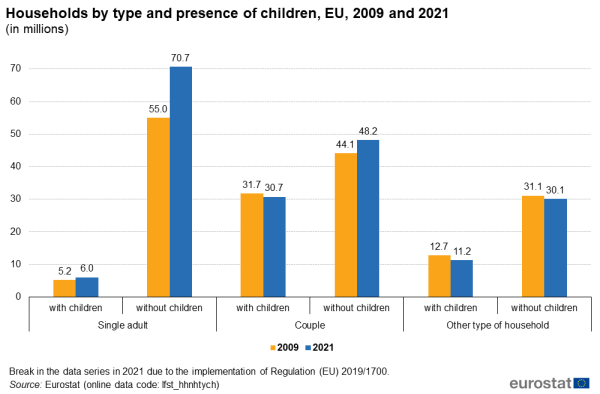 Figure 3: Households by type and presence of children, EU, 2009 and 2021
Source: Eurostat (lfst_hhnhtych)

A main conceptual issue related to household statistics is the distinction between child and adult. In line with international standards, a child is defined as a household member aged less than 18 years. Respectively, an adult is a person aged 18 or above.

Relative differences in households for men and women, young people and older people

Regarding the change in the number of the adult population between 2009 and 2021, different patterns have emerged according to age and sex (see Figure 4).

Concerning single adults, both men and women recorded a higher number of people living alone for all age groups in 2021 compared to 2009. The growth was higher than 15 % for all categories.

For both men and women, the proportion of single adults increased faster than that of adults living in a couple. This finding is observed for men and women of all age groups, apart for women aged 65 or over for whom a higher increase was recorded for those living in a couple (+18.7 % for single women aged 65 or over against +33.2 % for women of the same age living as part of a couple).

The number of male adults living alone increased relatively more steeply than that of female adults, regardless of the age group (even though in 2021 men living alone were still fewer than women in most age groups, see below). Men aged 55-64 experienced the most significant increase between 2009 and 2021, of 72.4 %. For comparison, an increase of 34.4 % has been recorded for women in the same age category since 2009. Older men aged 65 or over living alone increased by 50.4 % in 2021 compared to 2009, while the corresponding increase for women in that age was 18.7 %.

Figure 4: Growth rate of the adult population in the EU by type of household, sex and age
Source: Eurostat (lfst_hhindws)

In addition to these trends, 2021 data show differences at EU level regarding the proportion of adults living alone, in a couple or in other type of household (i.e. with another adult but not as a couple or with several adults) according to sex and age (see Figure 5).

Looking at the young adults aged 18-24, 82.4 % of men versus 76.4 % of women lived in other type of household (e.g. with their parents/family or as flatmates). Another major difference among young people is that 9.9 % of females lived in a couple, while this was the case for 4.8 % of men in this age category.

Figure 5: Share of the adult population in the EU by type of household, sex and age, 2021
Source: Eurostat (lfst_hhindws)

Presence and number of children

Regarding households with children, the trend is relatively different among the EU Member States. The number of households with children fell in 16 countries, with the largest decrease found in Lithuania (-21.7 %). It remained stable in Slovakia, and increased in 9 countries, including Luxembourg and Malta, where it increased by over 10 % (+13.7 % and +11.5 %, respectively). 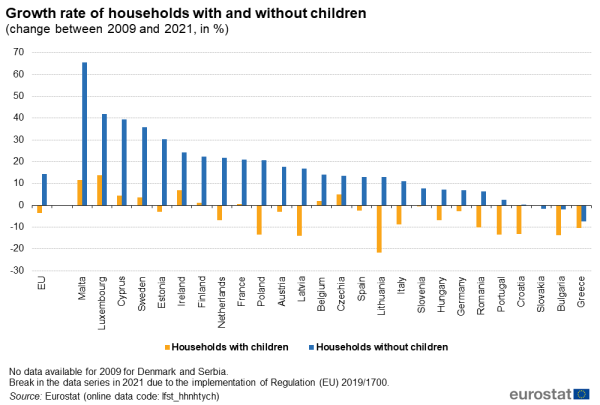 Figure 6: Growth rate of households with and without children
Source: Eurostat (lfst_hhnhtych)

Other type of households represented less than one quarter (23.4 %) of total households with children at EU level. This share varied widely among the EU countries: from more than 35 % in Croatia, Bulgaria, Romania and Slovakia to less than 15 % in Finland, Estonia, Denmark and Sweden. 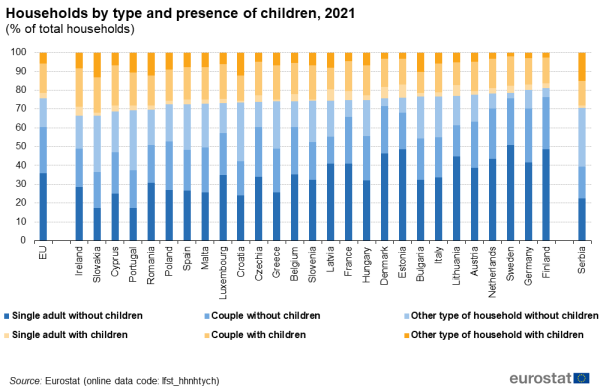 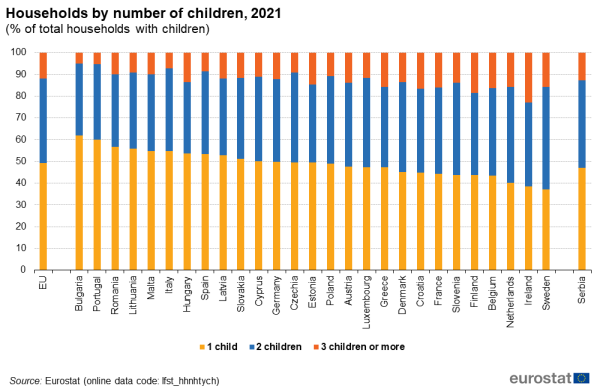 A child is defined as a household member aged less than 18 years.