Data extracted in July and August 2021.

This article provides an overview on the production and consumption of electricity and derived heat in the European Union (EU). The figures are based on the annual data provided by the Member States. Eurostat's energy statistics contain data as from 1990 for all Member States and 14 non-EU countries. This article focuses primarily on data for the EU between 2000 and 2019. The article also presents a simplified electricity and derived heat balance as well as trade data and some derived indicators of consumption linking to population and GDP. 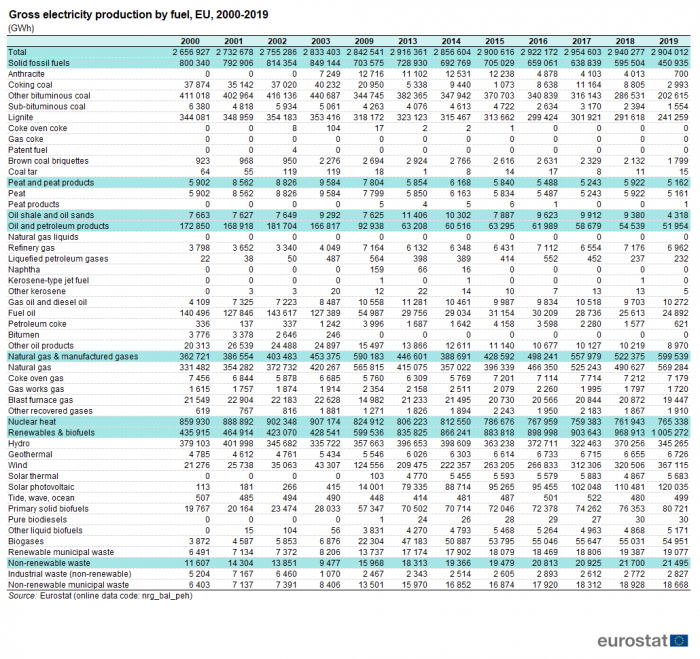 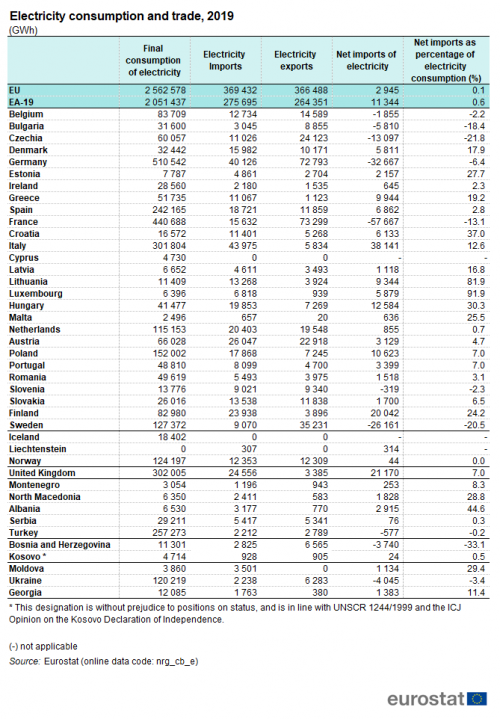 EU total gross production of derived heat in 2019 was 622 TWh. The highest share of heat was produced from natural gas and manufactured gases (37.7 %), followed by renewable energies (30.0 %) and solid fossil fuels (21.8 %). The detailed data on gross heat production by fuel are shown in Table 4 and Figure 2. 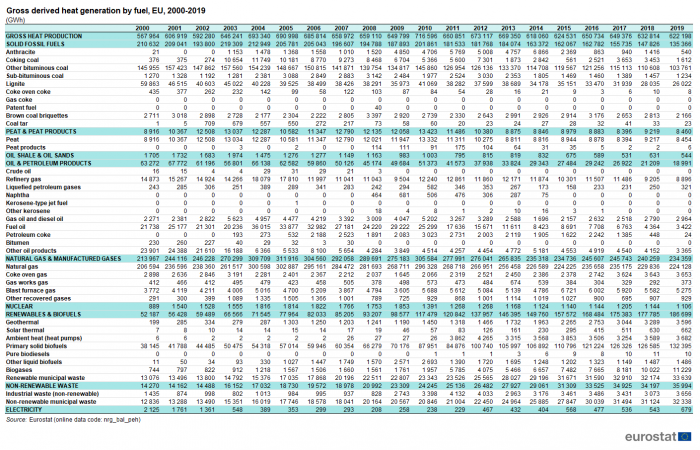 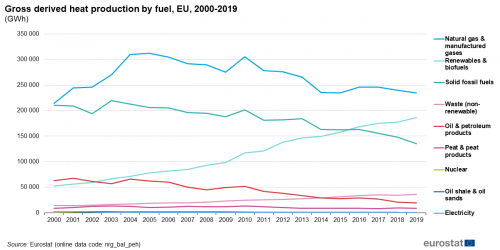 Production of derived heat from solid fossil fuels continued its long term decreasing trend: since 2000 it decreased by 35.7 % and reached a record low of 135 TWh in 2019. Oil and petroleum products showed a similar trend for heat production: since 2000 a decrease of 70.0 % with a record low of 19 TWh in 2019. Natural gas, which peaked in 2005, increased by 8.5 % in 2019. Renewable energy continued its long term increasing trend. Since 2000 heat produced from renewable sources increased by 257.8 %. However, in total, renewable energy sources contribute only by 30.0 % to the total derived heat generation. Derived heat from nuclear power plants plays only a very minor role due to its specific technology. 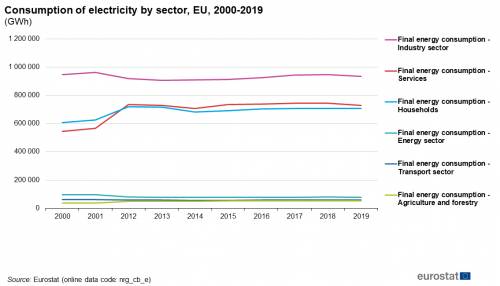 In 2019, electricity consumption was 934 TWh in the industry sector, 729 TWh in the services sector, 706 TWh in the residential sector and 59 TWh in the transport sector. 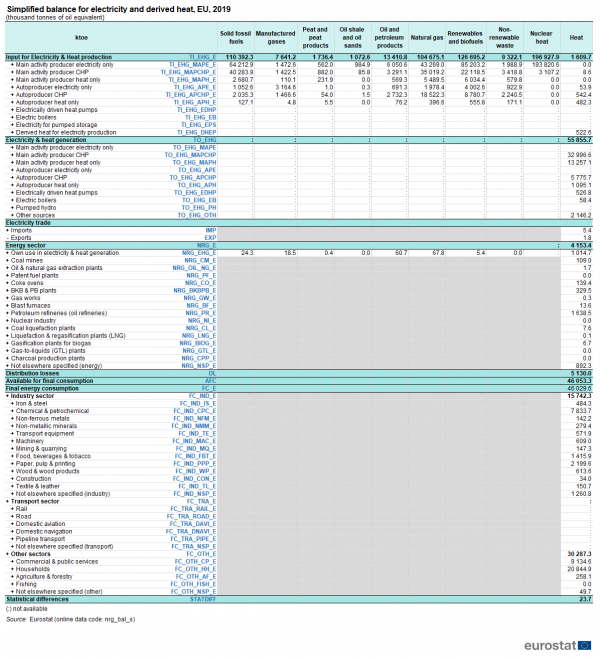 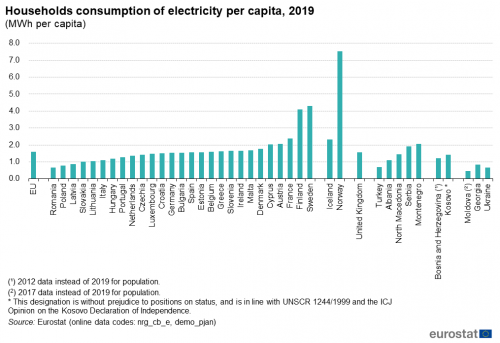 Looking on electricity consumption per capita in the households sector in non-EU countries, an even wider range is observed: from 0.5 MWh in Moldova to 7.5 MWh in Norway. The range is affected by the choice of energy used for space heating, the climate conditions as well as the level of economic development of each country.

Electricity consumption per unit of GDP (using purchasing power standards) in the EU in 2019 was 179.4 kWh per 1 000 EUR (Figure 5). The amount of electricity consumed per unit of GDP depends on many factors, such as the general standard of living, the economy and weather conditions as well as the energy efficiency of buildings and appliances. Using GDP in purchasing power standards allows for better comparison across countries in one year. 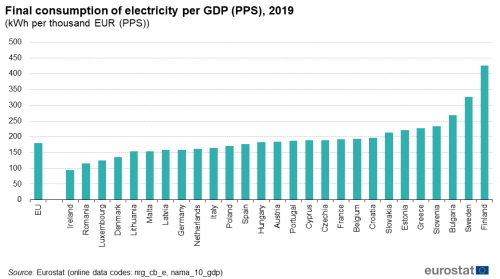 Energy statistics are in the spotlight due to the strategic importance of energy on the agenda of competitive and sustainable economic growth. In recent years, the European Union has faced several significant issues that have pushed energy towards the top of national and European political agendas. In this respect, energy statistics have provided crucial information for policy makers.

Modern societies are dependent on electricity. Maintaining reliable and secure electricity services underpins economic growth and community prosperity. Derived heat plays a significant role in the supply of district heating in several countries in Europe. It is particularly widespread in North, Central and Eastern Europe.