This article documents the implementation of the ad-hoc module on the employment situation of people with disabilities included in the 2011 EU Labour force survey. Its purpose is to evaluate how using a proxy affected responses. Proxy use means that another member of the household took part in the survey on behalf of the person with a disability. This ad-hoc module was carried out in 32 countries: the EU-28 Member States plus Iceland, Norway, Turkey and Switzerland. It is part of an online publication on Disability.

Proxy use by country

Table 1 shows those countries that allowed another household member to take part in the ad-hoc module of the 2011 EU Labour Force Survey, and those that did not. The only countries that did not allow use of proxies were Belgium, France and Norway - although France did permit proxy use if the person concerned was unable (for health reasons) to answer without assistance.

Table 1: Countries that allowed another household member to take part in the ad-hoc module

Figure 1 shows the percentages of people questioned directly and the percentages of those included in the survey through another household member. The use of proxies varied from 1% (Sweden) to 58% (Slovenia). The overall EU rate was 35%. Although Belgium had a formal ban on using proxies, the proxy use rate was 15% in practice. 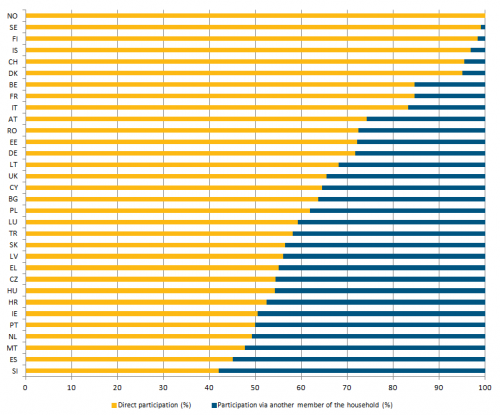 Figure 1: People who took part in the survey, directly or indirectly, in percentages

Profile of the proxies

In 10 countries, about half of those surveyed had proxies

This section describes the profiles of people who used a proxy. Table 2 shows the distribution of participants by proxy use for a selection of demographic variables. It reveals differences between the profiles of people who were represented by another household member and those who responded directly, covering the 10 countries with most proxy interviews: Slovenia (58%), Spain (55%), Malta (52%), the Netherlands (51%), Portugal and Ireland (both 50%), Croatia (48%), Hungary and the Czech Republic (both 46%), and Greece (45%).

Table 2: Distribution of demographic characteristics by proxy use, in percentages

Married women over 35 more likely to speak for themselves

Overall, proxy use seems to vary mainly by interviewees' gender, marital status and age. Those who spoke for themselves were more often married, female and over 35, whereas proxy users were predominantly male, single, and under 25.

Figure 2 shows gender differences, making it very clear that gender strongly affects the nature of participation in the survey (direct or indirect). For all of the countries selected, males are found in the upper left-hand corner of the graph, with females in the bottom right-hand corner. A majority of those who took part in the survey on their own behalf were female (about 60%), while most of those who used a proxy were male (about 60%). 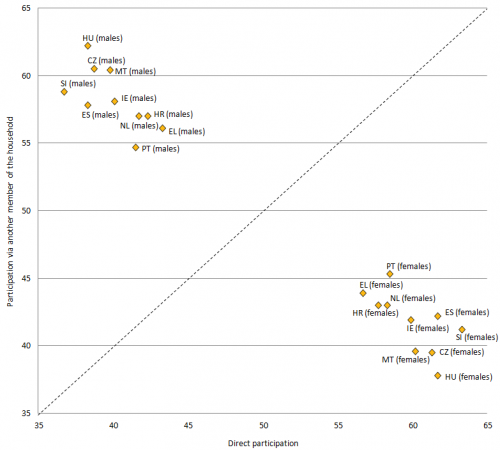 Figure 2: Proportions of males and females among people who participated directly and those included through another household member in the ad-hoc module

A multivariate logistic regression was applied to measure the probabilities of using a proxy given the following explanatory variables: gender, age, marital status, degree of urbanisation, highest level of education completed and working status. A chi-square test was applied at different error rates (5%, 1% and 0.1%) to determine whether the differences pointed out are statistically significant.

Table 3 shows the results of the logistic regression, modelling the probability of responding indirectly using participants' demographic characteristics as predictor variables. Odd-ratios are provided at risk 5%, 1% and 0.1%. The symbols *, ** and *** mean that the chi-square test (evaluating whether the predictor's regression coefficient is zero) is significant at error rates of 5%, 1% and 0.1%, respectively. Parentheses in the first line of the table show the 10 countries' proxy rates for the ad-hoc module. The figures highlighted in color (only when the chi-square test is significant) are those where the majority differs between people who answered the questionnaire themselves and those who used another household member as a proxy.

Table 3: Odds ratios of being a direct participant

As regards the odds ratios set out in the table, the variables with the strongest impact on participation in the module are gender and age. For the 10 countries, females were 2.1 times more likely to participate directly in the survey than males, and 15-24-year-olds were 0.2 times more likely than 55-64-year-olds to speak for themselves.

This section looks at whether proxy use may have affected results, especially those concerning longstanding health problems and basic activity difficulties.

Figure 3 shows the percentage of persons declaring a longstanding health problem, broken down by direct and proxy participation. Those who answered on their own behalf more often reported a longstanding health problem, except in Switzerland. The biggest gap between direct and indirect participation – 18 percentage points - was recorded in Finland. 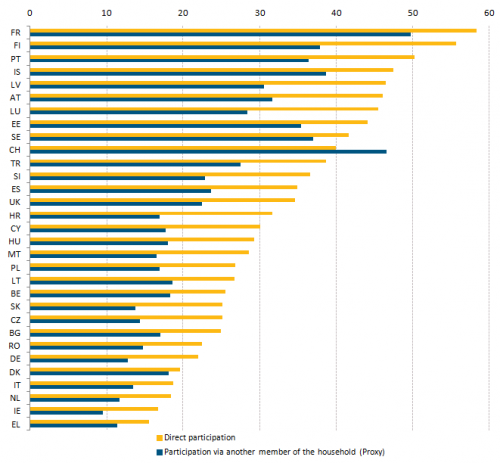 Figure 3: People with a longstanding health problem, by type of participation in the survey, in percentages

Figure 4 breaks down participants who reported a basic activity difficulty by the nature of their participation, direct or indirect. As observed for longstanding health problems, persons who answered for themselves were more likely to report a basic activity difficulty, except in Switzerland and Sweden. The biggest disparity between direct and indirect participation was recorded in Luxembourg, with a gap of 14 percentage points. 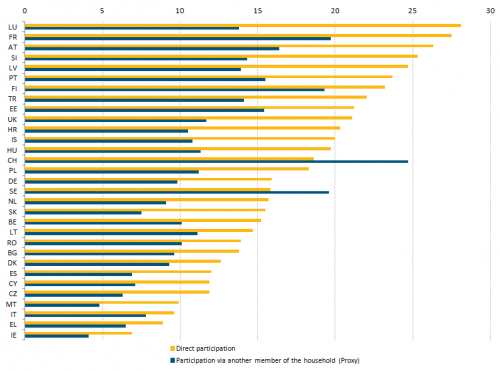 Figure 4: People who have difficulty in a basic activity (e.g. hearing, lifting, bending), by type of participation in the survey, in percentages

It can thus be concluded that proxy use may affect the answers given by those surveyed. It looks as though people who responded on behalf of another household member tend to minimize longstanding health problem or a basic activity difficulty.