This article looks at the participation in the 2011 EU Labour force survey (LFS) ad-hoc module. It was designed to gather information on the situation of people with disabilities in the labour market in general and in comparison with everyone else. This ad-hoc module was carried out in 32 countries: the EU-28 Member States plus Turkey, Iceland, Norway and Switzerland. It is part of the online publication on disability. 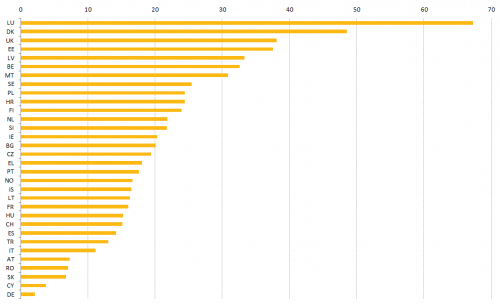 Non-response to the ad-hoc module

The non-response for the 2011 LFS ad-hoc module refers to people who responded to the core survey and were aged 15-64[3]. People were classified as non-respondent if they did not state whether they:

Non-response to the ad-hoc module varied widely between countries (Figure 2). 12 answered in full. In all other countries, the non-response rate was below 10 %, except in Norway, where it was 87 %. Norway’s unusually high rate was caused by a filter question added at the start of the module. 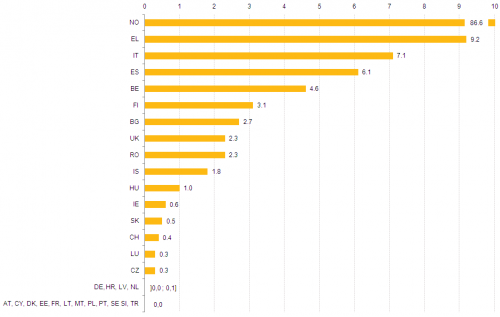 Figure 2: Non-response rate among those who completed the core LFS, based on target population aged 15-64, calculated using micro-data, in %

Only 7 countries listed the causes of non-response, which varied considerably. In France, the main reason for non-response was that interviewers had not been able to reach the person. But in Finland, 50 % of non-responses were a result of the respondent being unable to answer the question or a disagreement over the answer.

The aim was to find out whether the profile of non-respondents differed from that of respondents. Several variables were studied: marital status, the degree of urbanisation, number of people in the household, gender, age group, labour status, and the highest level of education completed.

More respondents lived alone compared with non-respondents, except in Italy and Hungary where the opposite was true.

With regard to the highest level of education completed, only Finland reported a distinction between the 2 populations; 49 % non-respondents achieved International Standard Classification of Education (ISCED) level 2 at most, whereas 45 % of the respondents completed education levels ISCED 3 and ISCED 4. 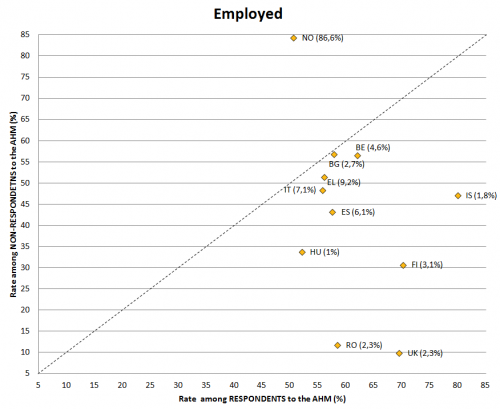 Figure 3: Comparison of employed people as a proportion of respondent and non-respondent groups, in % 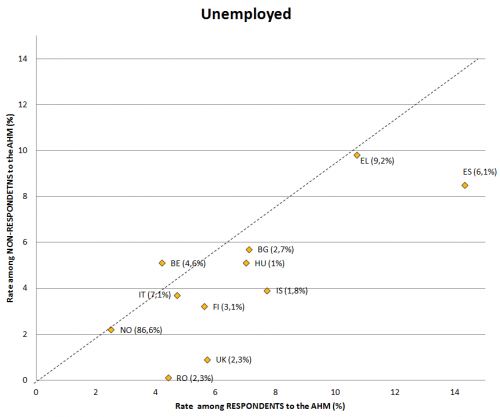 Figure 4: Comparison of unemployed people in as a proportion of respondent and non-respondent groups, in % 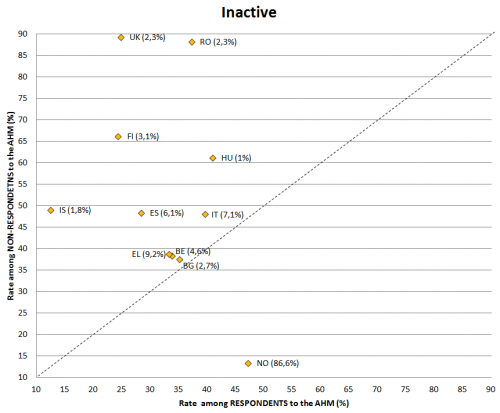 Figure 5: Comparison of economically inactive people as a proportion of respondent and non-respondent groups, in %

This section provides information on people who did not answer all of the questions – partial non-response. The aim is to see if the profile of respondents is different from that of non-respondents, when broken down by specific variables. The variables chosen for this comparative analysis are gender, age, marital status, the degree of urbanisation, the number of people in the household, education level and labour status. The data are based on the countries that carried out the ad-hoc module.

In the analysis that follows, the figures in brackets are the percentage point differences between the respondents and the non-respondents.

Table 1: Profiles of respondents and non-respondents broken down by ad-hoc module variables, in percentages

Similar trends emerged for the 3 variables relating to health conditions, or illnesses or difficulty(ies) that cause(s) the person’s limitation in the number of hours that he/she can work in a week (LIMHOURS) or the type of work that he/she can do (LIMTYPEW) or in getting to and from work (LIMTRANS). The proportion of people from thinly populated areas and of employed people was higher among respondents than among non-respondents (+16 percentage points and +10 percentage points respectively, on average). Moreover, the proportion of economically inactive people was lower among respondents than among non-respondents ( 11 percentage points, on average).

Finally, for the variable on the limitations in work owing to personal or environmental factors (LIMREAS), the proportions of people from intermediately populated areas and of inactive people were lower among respondents than among non-respondents (-12 percentage points and -11 percentage points respectively).