EU residents spent 82 % of their tourism expenditure on trips inside Europe (78 % inside the EU). 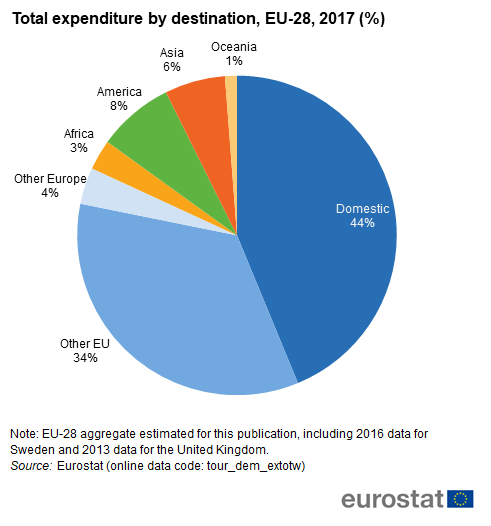 This article is part of the Eurostat online publication Tourism trips of Europeans. The publication provides recent statistics on tourism demand in the European Union (EU) and EFTA countries.

In 2017, EU residents spent an estimated EUR 467 billion on tourism trips (see Table 1). Of this, they spent 44 % on trips within their own country of residence (domestic tourism) and 56 % on trips abroad (outbound tourism) (see Table 2). 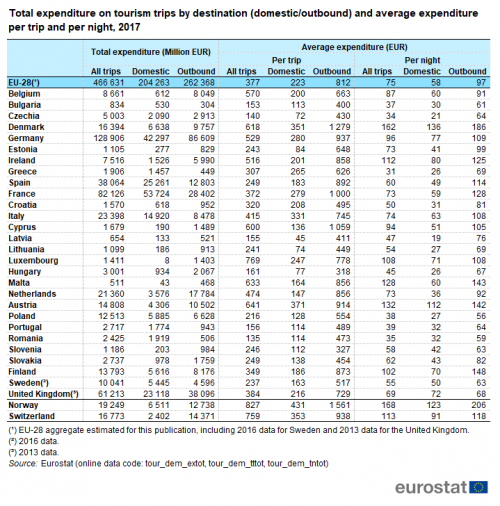 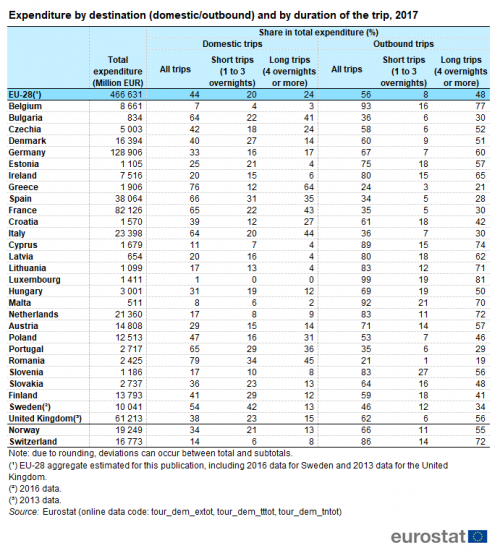 Table 2: Expenditure by destination (domestic/outbound) and by duration of the trip, 2017
Source: Eurostat (tour_dem_extot)

For each tourism trip, Europeans spent on average EUR 377. Broken down by destination, they spent EUR 223 on average on a domestic trip and EUR 812 on an outbound trip. The average spent per night was EUR 75 (EUR 58 on average for each domestic tourism night and EUR 97 a night on average for trips abroad).

German, French and British tourists were the biggest spenders in absolute terms. Their expenditure accounted for 58 % of all of the tourism expenditure of EU residents. This share is much more than the proportion of German, French and British tourists in the total number of trips (50 %) or overnight stays (53 %) - see the article on the characteristics of tourism trips.

In all countries, most tourism expenditure occurred during longer trips of four or more nights (EU average: 72 %). Only in the case of Sweden (2016 data) was tourism expenditure for short trips of one to three nights higher than for long trips, then followed Finland where the share of expenditure for short trips was higher compared with other Member States, however still lower than for long trips (Table 2).

Of all tourism expenditure, 78 % was on trips to a destination inside the EU

In 2017, intra-EU tourism accounted for 94 % of all tourism trips (73 % of which were domestic trips and 21 % trips to another Member State). In terms of expenditure, however, domestic trips accounted for 44 % of total tourism expenditure (see figure 1), all EU destinations (including domestic) for 78 % and destinations outside the EU for 22 % (compared with only 6 % of the number of tourism trips).

Europeans travelling to foreign continents spent most on trips to America (8 % of total expenditure by EU residents on tourism trips), followed by Asia (6 %), then Africa (3 %) and Oceania (1 %). European destinations outside the EU accounted for around 4 % of all of the tourism expenditure of EU residents. 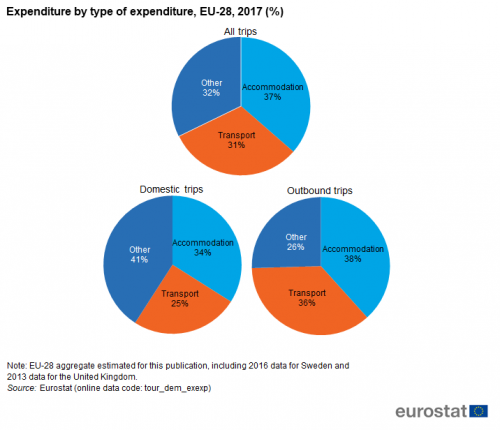 On average, expenditure per trip was higher for trips for which the main accommodation was rented (see Figure 3). The average cost of trips spent at hotels was EUR 581 (as compared with the overall average of EUR 377), while trips spent at an own holiday home cost EUR 189 on average and those spent at accommodation provided free of charge by friends or relatives cost EUR 160. 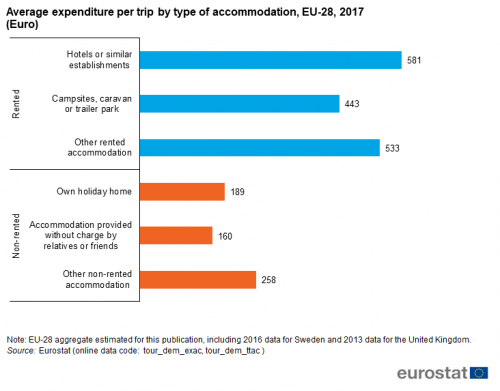 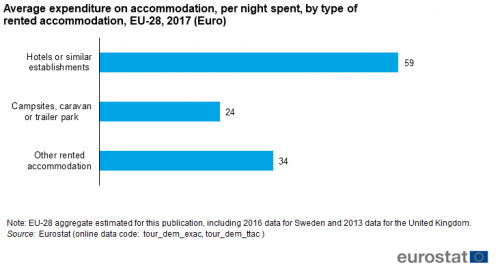 Age made a slight difference to the average expenditure per trip 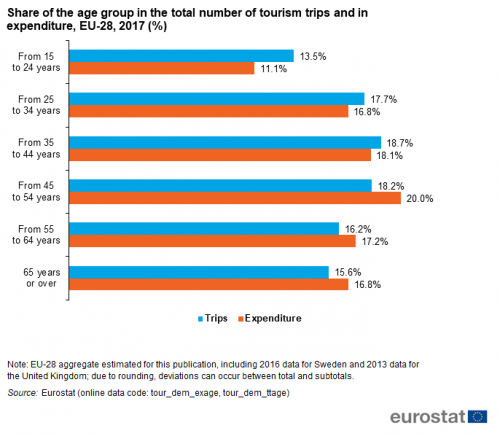 Figure 5: Share of the age group in the total number of tourism trips and in expenditure, EU-28, 2017 (%)
Source: Eurostat (tour_dem_exage) (tour_dem_ttage) 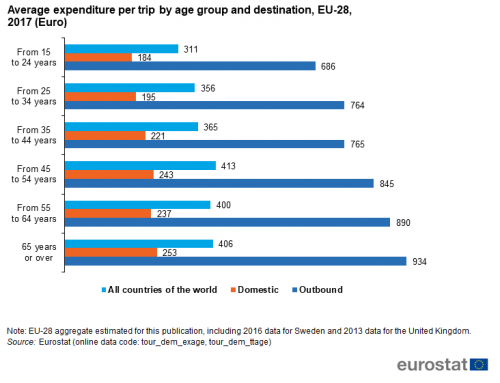 Business travel accounted for 16 % of total tourism expenditure in 2017

Holiday, leisure and recreation trips accounted for the majority of tourism expenditure (64 %) in 2017 (see Figure 7). Visits to relatives and friends accounted for only 15 % of all tourism expenditure but they represented 34 % of all tourism trips (accommodation was often free on such trips). A typical visit to relatives and friends costs less than half the average tourism trip (EUR 171 compared to the overall average of EUR 377) (see Figure 8). 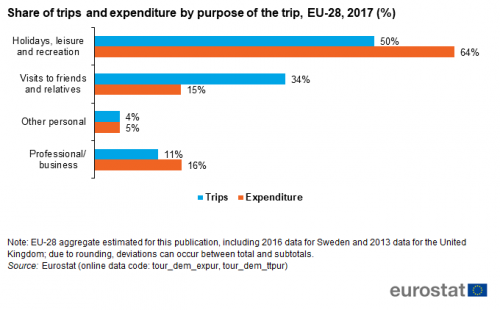 The EU is a major tourist destination, with five Member States among the world’s top ten destinations for holidaymakers, according to UNWTO[1] data. Tourism is an important activity in the EU which contributes to employment and economic growth, as well as to the development of rural, peripheral or less-developed areas. These characteristics drive the demand for reliable and harmonised statistics on this activity, as well as within the wider context of regional policy and sustainable development policy areas.