Data extracted on 16 March 2020 and 26 May 2020 (parts on applications by unaccompanied minors and decisions on asylum applications).

This article describes recent developments in relation to numbers of asylum applicants and decisions on asylum applications in the European Union (EU). Asylum is a form of international protection given by a state on its territory. It is granted to a person who is unable to seek protection in his/her country of citizenship and/or residence, in particular for fear of being persecuted for reasons of race, religion, nationality, membership of a particular social group, or political opinion.

Number of asylum applicants: increase in 2019

In 2019, 676 300 asylum seekers applied for international protection in the 27 current Member States of the European Union (EU-27), up by 11.2 % compared with 2018. This was the first time the number of asylum applications increased year-to-year since 2015. 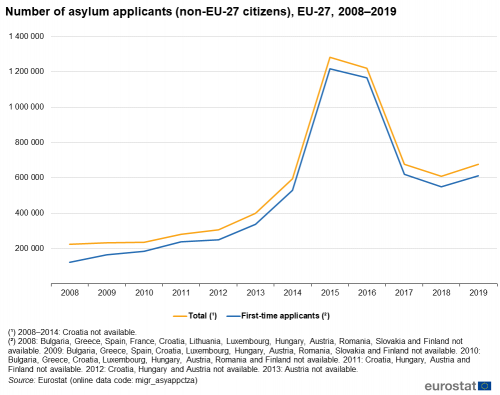 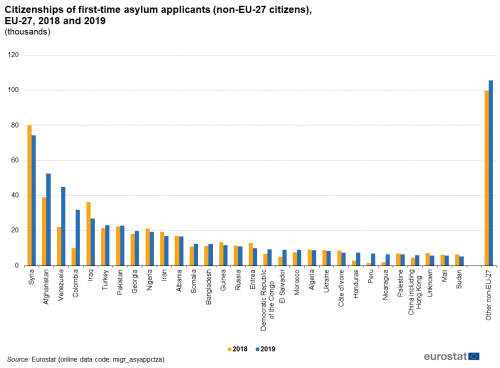 Afghans accounted for 8.6 % of the total number of first-time asylum applicants and Venezuelans for 7.3 %, while Colombians and Iraqis for 5.2 % and 4.4 %, respectively. 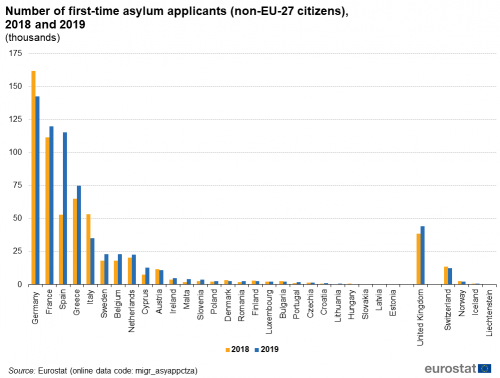 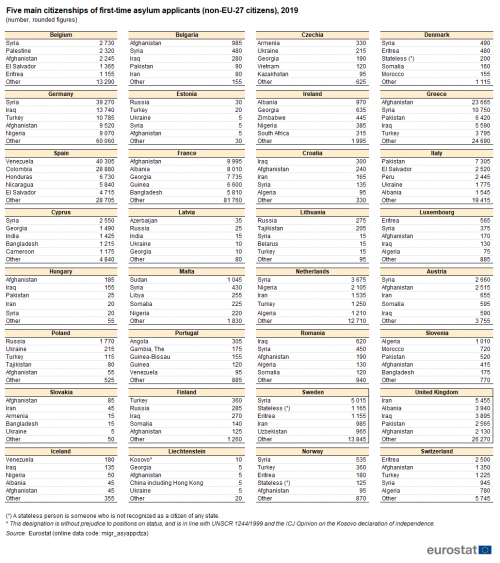 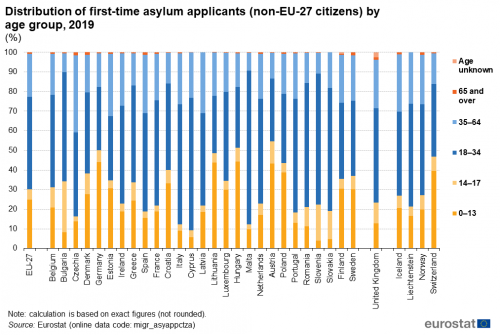 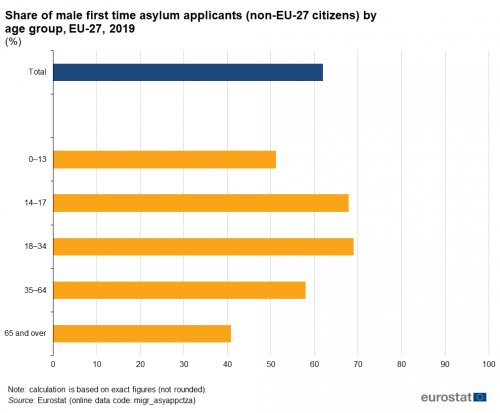 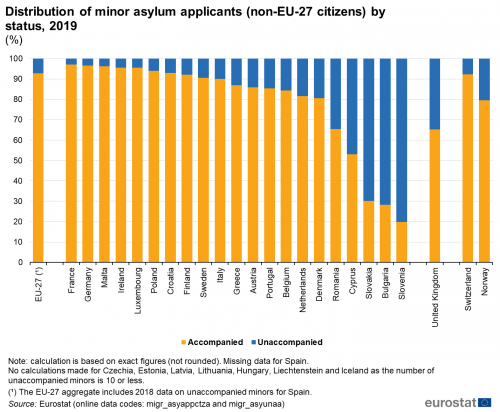 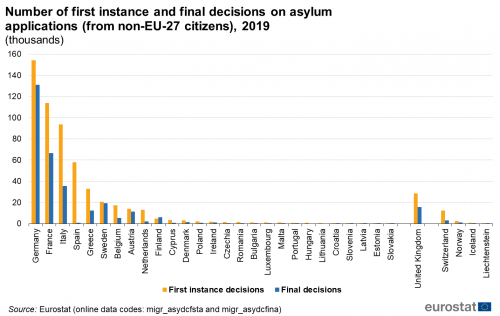 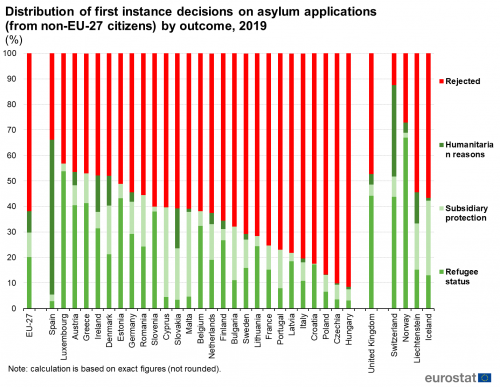 In absolute terms, 109 000 persons were granted refugee status in the EU-27 in 2019 at first instance, 52 000 were given subsidiary protection status, and 45 100 were given authorisation to stay for humanitarian reasons. 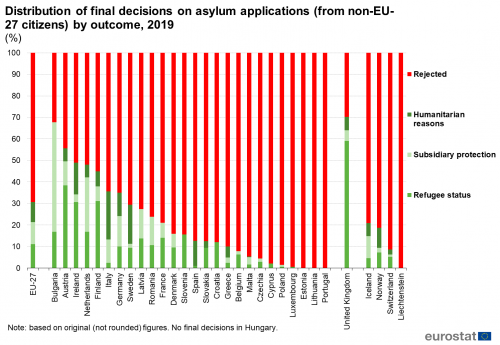 Two different categories of persons should be taken into account when analysing asylum statistics. The first includes asylum seekers who have lodged a claim (asylum application) and whose claim is under consideration by a relevant authority. The second is composed of persons who have been recognised, after consideration, as refugees, or have been granted another kind of international protection (subsidiary protection), or were granted protection on the basis of the national law related to international protection (authorisations to stay for humanitarian reasons), or were rejected from having any form of protection.