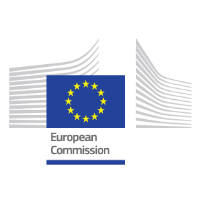 The European standard on eInvoicing defines which code lists may be used for each business term that has the data type "code". The two code lists are the Electronic Address Scheme code list and the VAT Exemption Reasons code list.

These code lists are managed by different organisations, one of them use to be the CEF eInvoicing team of the European Commission. While the CEF programme ended in 2021, eInvoicing code lists will be maintained under the Digital European Programme (successor of CEF) from January 2022. Consequently, the DIGITAL eInvoicing team will take over the management of the code lists' maintenance from January 2022 onwards.  This page provides information about the two above-mentioned code lists, a list of other codes issued from other code lists (under the responsibility of other organisations) usable in invoices that are compliant with the EN 16931.

You should register on the dedicated page in the eInvoicing User Community to receive email notifications for each update.

The European eInvoicing standard is designed to be neutral as to the method of transmitting electronic invoices. Because of this, the standard does not directly support specific message transmission services or network details. However, it does provide for an identifier that can be used to identify a receiver in a given transmission service or a network. When an identifier is used for this purpose as an information element in the body of an eInvoice, it is called the electronic address identifier. The electronic address identifier may be used by trading parties and their service providers in varying ways to support the identification and routing of messages depending on their chosen transmission method or network. The Electronic Address Scheme (EAS) code list defined by the Connecting Europe Facility (CEF, former Commission's programme) does not imply or recommend any particular delivery mechanism or standard.

Example 2: An electronic address for an invoice sender (seller) is provided as a SMTP email such as receiver@company.eu. The structure of a typical SMTP email address is based on a scheme (i.e. SMPT) which can be identified by using the EAS code EM.

Maintenance and support services for the EAS code list are available to our stakeholders through the DIGITAL Service Desk (until 2021, the requests were handled by the CEF Service Desk), where the submitter can ask questions and submit requests for new codes to be added to the next version of the list or modifications to existing codes. Requests for addition of new codes can be made by anyone who can demonstrate a current or intended use of that identification scheme in an existing message transmission solution that the requester is directly involved in. Modifications and deletions can be initiated by the original requester.

Information about key concepts in electronic transmission may also be found in the document EMSFEI report on Interoperability and transmission (PDF).

New versions of the code list will be published on a regular 6-month cycle. Each revision cycle constitutes the following steps.

Following the publication of a new version of the code list, the changes will need to be adopted into the validation artefacts of the EN 16931 as well as other implementations of the eInvoicing standard to become fully effective.

The European standard on electronic invoicing (EN16931) defines the business term "VAT exemption reason code" (BT-121). This optional code allows sellers to state in a coded way the reason for a VAT exemption in order to support automation of VAT processing and reporting. This code may be used instead of a textual description of VAT exemption reasons (BT-120) or to complement it.

The VATEX codes are of two main types:

The issuer of the invoice is responsible for correctly determining whether an item can be exempted from VAT. The exemption reason must be based on the relevant legislation. The appropriate VATEX code can then be used to identify that legislative reason. The VATEX code list cannot be used by itself as a basis for a tax decision.

The addition or removal of a code constitutes a new major version. A minor version only includes editorial changes to code metadata. A new version will be published every 6 months.

Changes to the VATEX code list may be requested by submitting a Request for Change (RfC) through the DIGITAL Service Desk.

Maintenance and support services for the VATEX code list are available to our stakeholders through the DIGITAL Service Desk, where the submitter can ask questions and submit new codes to be added to the new version of the list.

Full listing of the code lists as used in EN16931

Since different governing authorities maintain their code lists on different schedules and because any change in allowed codes needs to be supported in the implementation of the standard in ERP systems and in validation artefacts, DIGITAL has taken on the responsibility to periodically review what updates have been made to the code lists and publish in one place what codes are to be allowed and supported in the eInvoicing standard from that point in time.

Full listing of the code lists as used in EN16931 download