Territorial cohesion is promoting balanced and harmonious territorial development between and within countries, regions, cities and municipalities, as well as ensuring a future for all places and people in Europe, building on the diversity of places and subsidiarity. (Territorial Agenda 2030)

Territorial cohesion has been included for the first time in the Lisbon Treaty. Article 174 of the Treaty on the Functioning of the European Union (TFEU) defines the Union’s objective for strengthening its economic, social and territorial cohesion, for an overall harmonious development. 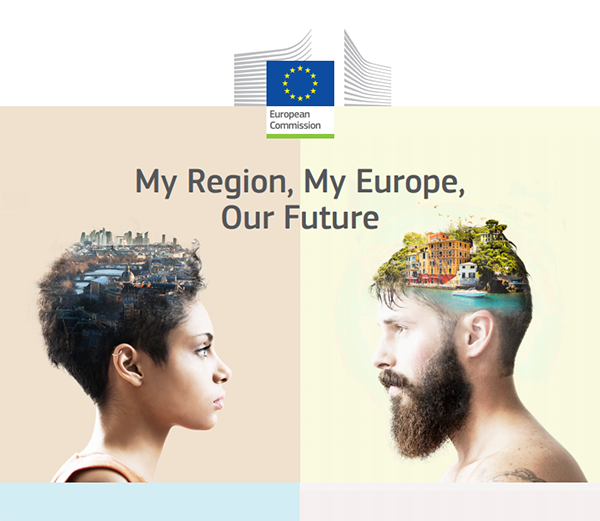 Territorial cohesion seeks, in particular, to reduce disparities between the levels of development of various regions, with a focus on least developed regions.

Among the regions concerned, particular attention is to be paid to rural areas, areas affected by industrial transition, and regions which suffer from severe and permanent natural or demographic handicaps such as the northernmost regions with very low population density and island, cross-border and mountain regions.

Every three years, the EU publishes a report providing the current state of the EU's economic, social and territorial cohesion. The latest is the Eighth Report on Economic, Social and Territorial Cohesion.

In the European Union, the main territorial typologies stem from administrative boundaries - however, geographical factors are important differentiators. Regions, cities, rural areas or functional areas are often defined by their location, either on mainland, on islands or coastal areas, at the border between Member States, in mountainous areas or far from the EU continent (outermost).

The Investment for jobs and growth is the main goal under the cohesion policy and promotes the objectives of the TFEU related to economic, social and territorial cohesion.

Cohesion Policy is delivered through specific funds. The European Regional Development Fund (ERDF) is intended to help to redress the main regional imbalances in the Union through participation in the development and structural adjustment of regions whose development is lagging behind and in the conversion of declining industrial regions.

The Commission recognizes the importance of linking thematic and place-based approaches, and provides support targeting also  below national level, as regions and cities are dealing with specific development issues. Cohesion policy legislation requires Member States to analyse their territorial challenges and needs and to address them in the programming.

In 2021-2027 cohesion policy the new cross-cutting Objective 5 ‘A Europe closer to citizens’ can be used to support integrated investment strategies targeting  relevant territorial scale (e.g. cities, rural areas, metropolitan areas and functional areas) where people work, live and commute daily.  This mechanism has been set in place in order to ensure that funding is used in an efficient manner, responds to the challenges identified within a certain territory, and that local stakeholders are informed and involved. Territorial strategies also provide the opportunity to build capacity and initiate local actions contributing to European policies, including green and digital transitions. 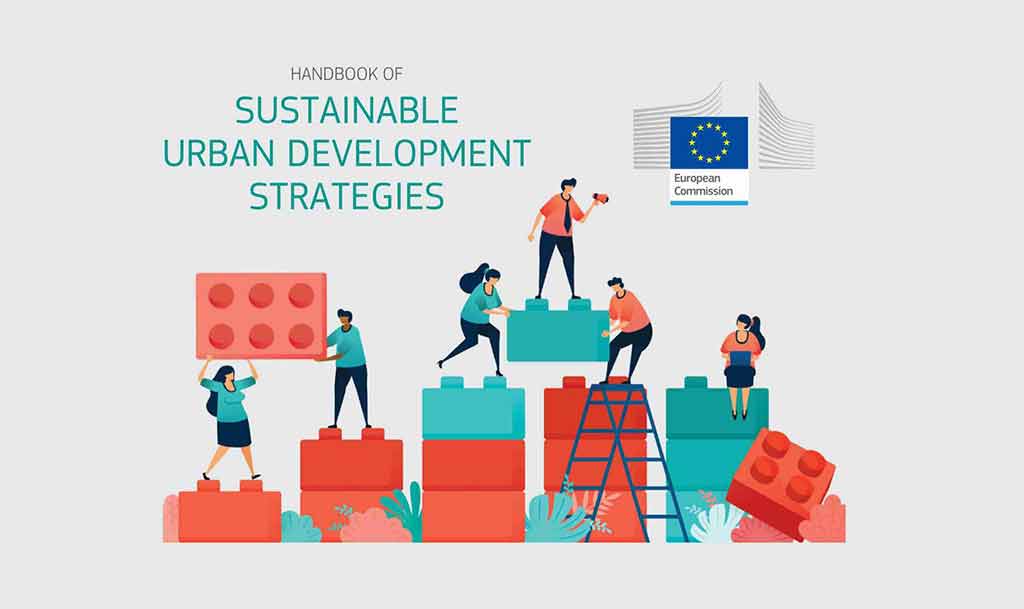 Europe's urban areas are home to over two-thirds of the EU's population, and account for about 80 % of energy use and generate up to 85 % of Europe's GDP. In 2021-2027, in each Member State at least 8% of the ERDF resources are set aside for cities of all sizes and their metropolitan and functional areas through territorial and/or local development strategies, i.e. using Integrated Territorial Investment (ITI), Community-led Local Development (CLLD) but also similar tools supporting integrated approaches designed by Member States.

The Commission recognizes the role of small and medium size cities and functional area approaches as important driving forces for regional and rural attractiveness and development by creating positive spill over effects between urban areas and other territories, and reinforcing urban-rural linkages. 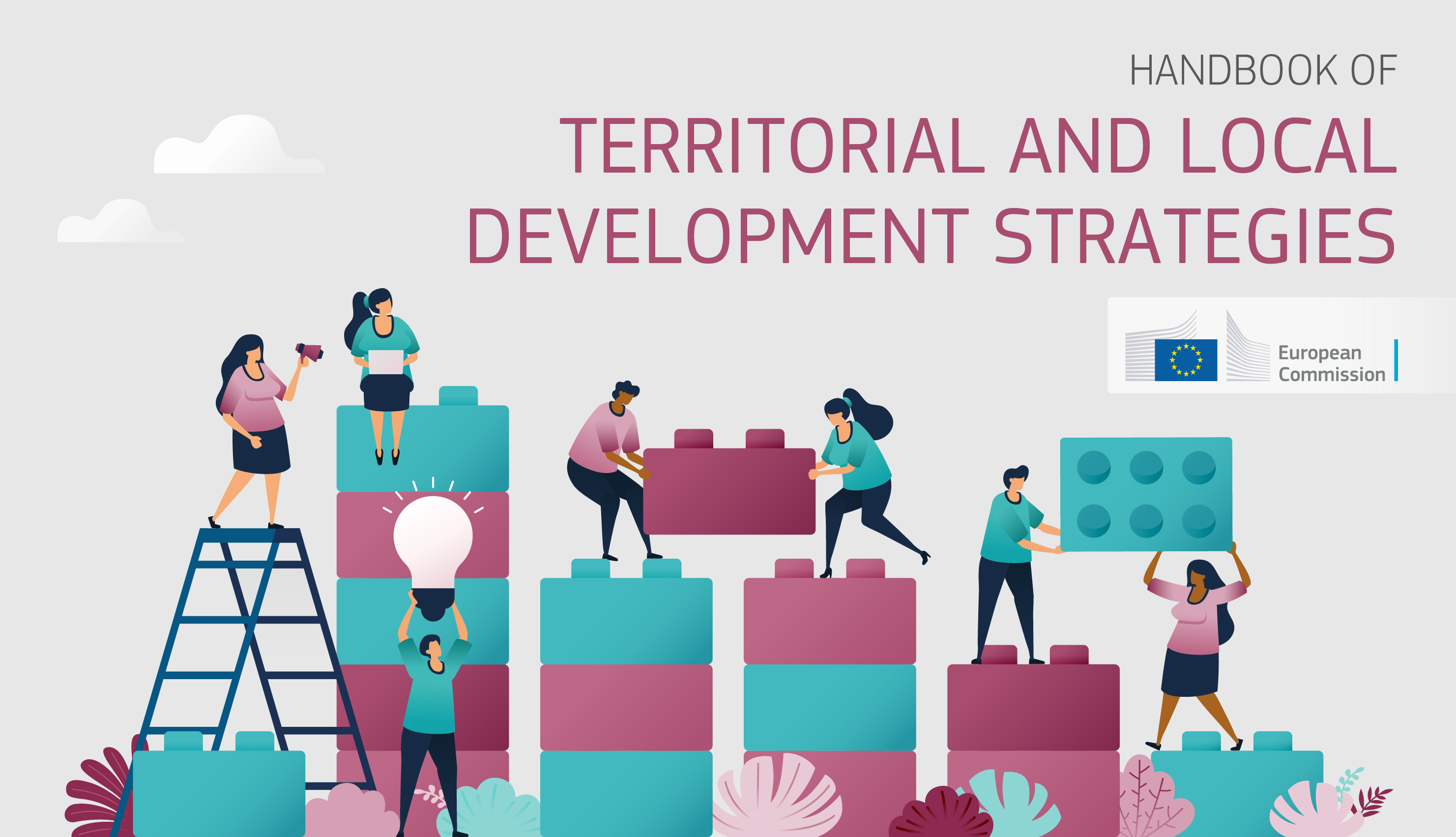 The new ‘Handbook of Territorial and Local Development Strategies’ has been launched on the 18th of November in Sevilla, Spain. The joint initiative from JRC and REGIO promotes sustainable and integrated development strategies in non urban areas in the framework of the EU cohesion policy. The ‘Handbook of Territorial and Local Development Strategies’ provides valuable knowledge on how to design and implement integrated strategies in areas other than urban areas. It is designed in particular to target local Authorities and national and regional Managing Authorities of European Structural and Investment Funds under Cohesion Policy that are designing or revising territorial and local development strategies by means of territorial tools (ITI, CLLD, other toolS). 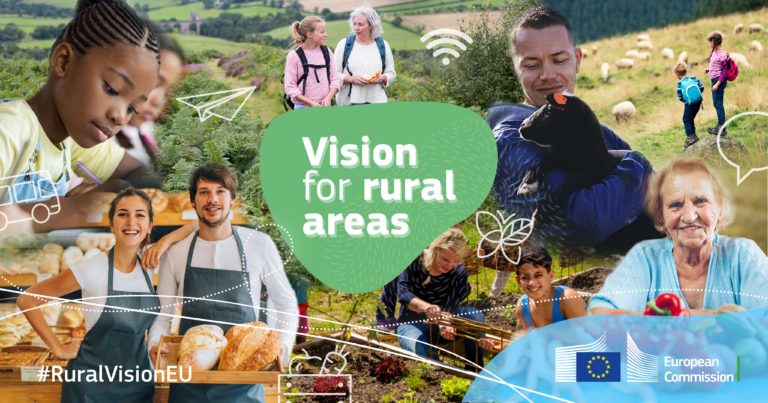 To ensure that rural areas can continue to play their essential role the European Commission has set out a long-term vision for the EU’s rural areas up to 2040. It identifies areas of action towards stronger, connected, resilient and prosperous rural areas and communities. A Rural Pact and an EU Rural Action Plan with tangible flagship projects and new tools will help achieve the goals of this vision.

You can read more on the Long-Term Vision for Rural Areas
You can consult the REGIO open data stories on cohesion policy support to rural areas and communities.

Cohesion policy aims at ensuring equal opportunities wherever people live through access to jobs, services, transport and connectivity, among others, as well as place-based integrated approaches within the ‘Europe closer to citizens’ objective to address in a more flexible way the potentials and problems of the areas concerned, such as regions with permanent natural or demographic handicaps such as mountainous, insular and sparsely populated regions, and outermost regions.
The potentials of these regions often range from quality of environment, rich biodiversity, rich culture, traditions and heritage, important resources (air, forest, water), to unique products of origin and entrepreneurship in sectors like tourism, handcrafts, agriculture, but also industry.

In accordance with Article 174 TFEU, the ERDF Regulation 2021-2027 draws specific  attention to supporting strong>disadvantaged regions,  in particular areas suffering from severe and permanent natural or demographic handicaps, and,where appropriate, for the Member States in their programming to set out an integrated approach to addressing the challenges and specific needs of such regions.

In order to allow countries and regions to jointly tackle common challenges and find shared solutions in fields such as health, environment, research, education, transport, sustainable energy and more, one of the two goals of EU cohesion policy is Interreg - European Territorial Co-operation.Interreg is organised under multiple strands: cross-border (Interreg A), trans-national (Interreg B), interregional (Interreg C), and outermost regions’ cooperation (Interreg D).

As cooperation is the essence of the European Union, the regulatory provisions establish a strong link between Interreg programmes and Macro Regional Strategies and Sea Basin Strategies. 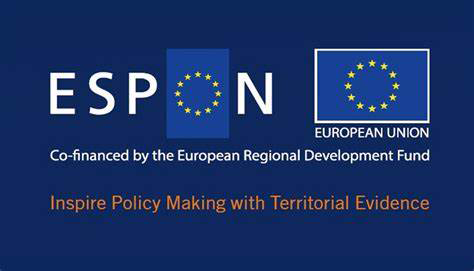 ESPON (European Spatial Planning Observation Network) is an applied research programme which supports the formulation of territorial development policies in Europe. The programme aims at promoting and fostering a European territorial dimension in policy development and cooperation by providing evidence, knowledge transfer and policy learning to public authorities and other policy actors at all levels.

ESPON activities cover all EU Member States in cooperation with Iceland, Liechtenstein, Norway and Switzerland, and involve more than 130 bodies across the continent. ESPON conducts applied research and studies covering thematic and cross-thematic fields and territorial policy impact,  scientific networking and capacity-building,  and produces territorial data, analyses and maps with a view of identifying the potential of territories and the economic challenges they face.

A renewed intergovernmental Territorial Agenda 2030 was adopted on 1 December 2020 and it provides important links with cohesion and other EU policies. Territorial Agenda 2030 is a strategic framework document that underlines the importance of and provides orientation for strategic spatial planning, and calls for strengthening the territorial dimension of policies at all governance levels. It is accompanied by pilot actions implemented in joint partnerships addressing key territorial challenges. The Territorial Agenda seeks to promote an inclusive and sustainable future for all places and help achieve Sustainable Development Goals in Europe.

No areas or citizens should be 'left behind' in the just transition to a climate-neutral, sustainable and prosperous European Union, in line with the objectives of the European Green Deal, the Next Generation EU, the Territorial Agenda 2030  and the Sustainable Development Goals .

Cohesion policy funds and instruments (ERDF, CF, JTF, ESF+) and spatial planning are instrumental for a just and sustainable transition and investment in place-based innovation and smart economic transformation. The role of partnership and territorial authorities at different levels of government planning and translating policies into practice,  managing change and adaptation, land use and urban-rural continuum, creating sustainable economic activities,  job opportunities and quality of life, is key. Within the current EU Cohesion Policy, they must devote at least 30% of what they receive from the European Regional Development Fund to ‘green’ priorities.

Beyond large cohesion policy investments and the dedicated Just Transition Fund, Commission recommends to also make use of cohesion policy objective 5 ‘Europe Closer to Citizens’  for strategic, multi-sectoral planning for the transition targeted to local needs and with close involvement of  relevant territorial bodies. 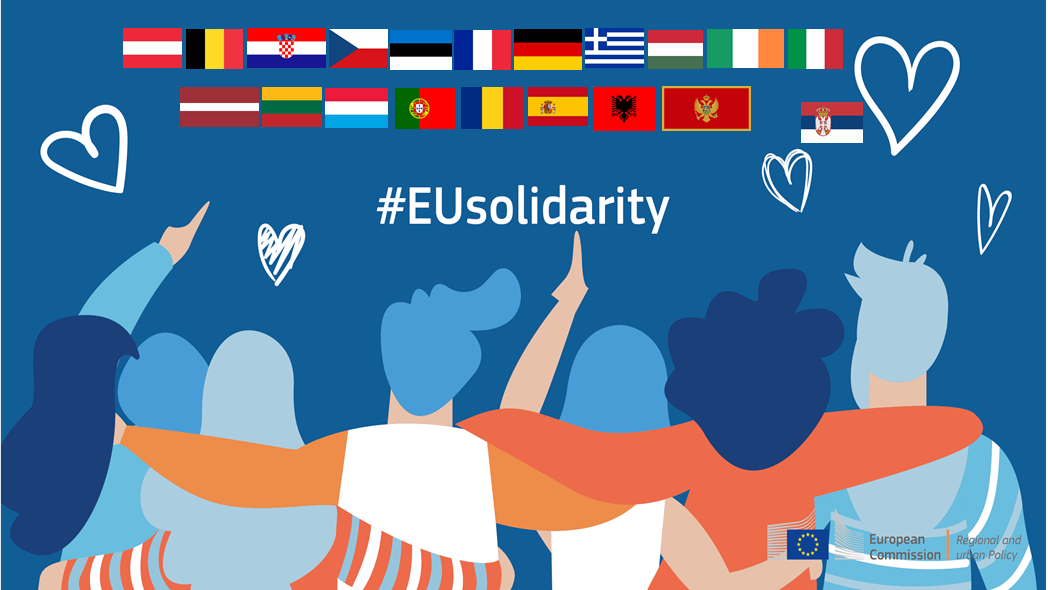 The past years have brought exceptional challenges to the European Union, whether it was the COVID-19 pandemic, natural disasters,  the humanitarian or the energy crisis. These have various disruptive impacts on people’s lives and on how cities and regions function. In a series of unprecedented efforts, the European Commission has responded swiftly to the new challenges by putting forward new support packages within cohesion policy for tackling the different territorial issues