The members of the Board have been selected from among experts possessing outstanding competence in the field of statistics. The members perform their duties on the Board in a personal capacity and must act independently. The members on three-year terms as of 1 February 2018 were :

Enrico Giovannini is an Italian economist and

statistician, member of the Club of Rome and of the World Academy of Arts and Science. Since 2002 he is full professor at the Rome University “Tor Vergata” and professor of Public Management at the LUISS university.

He was Minister of Labour and Social Policies in the Letta Government (2013-2014), President of the Italian Statistical Institute (2009-2013), Director of Statistics and Chief Statistician of the OECD (2001-2009). He is the founder and Director of the Italian Alliance for Sustainable Development (ASviS), a coalition of more than 170 civil society organisations (business associations, trade unions, non-profit and volunteering organisations, foundations, etc.) established in December 2015 to implement in Italy the UN Agenda 2030 for sustainable development.

He is Senior Fellow of the LUISS School of European Political Economy, President of the European Statistical Governance Advisory Board responsible for supervising the functioning of the European Statistical System, member of the Global Commission on the future of work established by the International Labour Organisation, of the High-Level Expert Group on the Measurement of Economic Performance and Social Progress (HLEG) established by the OECD and of boards of several Italian and international institutions. In October 2014, the President of the Italian Republic made him “Cavaliere di Gran Croce al Merito della Repubblica”, the highest ranking honour of the Italian Republic.

Over the last few years, he was Vice-president of the High Level Group on Competitiveness and Growth of the European Council, Co-Chair of the “Independent Experts Advisory Board on Data Revolution for Sustainable Development” established by the UN Secretary-General, member of the Stiglitz-Sen-Fitoussi Committee, established by the French President N. Sarkozy, President of the Global Council of the World Economic Forum on the "Evaluation of Societal Progress" and of the Conference of European Statisticians (UN Economic Commission for Europe). He is the author of more than 100 articles on statistical and economic topics, as well as of four books. He received several national and international awards for his work on statistical and economic issues.

From 2007 to 2014 he also served as head of the Business Cycle Analysis and Surveys Department at the IFO Institute and from 2005 to 2007 as senior researcher and coordinator for the Research Program “Business Cycles, Growth and Macroeconomic Policy” at the Kiel Institute for the World Economy. He is a member of the editorial board of the Journal of Business Cycle Measurement and Analysis and serves as an associate editor of Economics – The Open-Access, Open-Assessment E-Journal.

Mr Carstensen has advised various policy makers in Germany, e.g. the Federal Ministry of Economics, the Bundestag, the Bavarian government and several Parliaments of the Federal States of Germany. From 2011 to 2013 he served as scientific member in a committee (“Enquetekommission”) of the Bundestag on ”Growth, Prosperity, Life Quality – Ways Towards Sustainable Economic Activity and Societal Progress in the Social Market Economy” which was established as a reaction to the Great Recession and the euro crisis.

He has published widely in the fields of empirical macroeconomics, econometrics, and forecasting. Mr Carstensen holds a Doctorate (PhD) and a Diploma (Master) in Economics from the Christian Albrechts University at Kiel and a Habilitation in Economics and Econometrics from the same University.

Prior to that, from 2007 to 2009, he served as Head of Socio-Economical Cabinet and from 1994 to 1999 was Main Science Advisor for the Minister-President of Flanders in Brussels. From 1991 to 1992 he was Head of Cabinet of the Federal Minister of Belgium in charge of Science Policy. Mr De Moor is a member of various scientific committees, foundations and boards and also a member of numerous scientific societies. He has been awarded several prizes and awards; in 2010 he was awarded the Excellence Award of the Flanders Research Foundation by King Albert II of Belgium. He is author or co-author of more than 400 scientific articles and 11 books. Mr De Moor is Belgian and he holds a PhD of Electrical Engineering from the KU Leuven, Belgium.

Mireille Elbaum has been a member of the General Inspection of Social Affairs since 2014. In 2007-2013 she was a professor holding the chair for Social protection policies at the Conservatoire national des Arts et Métiers in Paris. She was Director of Statistics and Studies at the Ministry of Social Affairs and Health in 1998-2006 and before that a deputy director for the period of 1993-1998. From 1990 to 1993 she was an assistant director at the Budget and Human Resources department and from 1988 to 2000 at the statistical service.

She is a Chair of the High Council for Social Protection Funding. She has also been a member of the Indicators Subgroup of the EU Social Protection Committee for five years. Ms Elbaum has studied economics, politics and statistics and graduated at the Paris Institute of Political Studies and at the University of Pantheon, Sorbonne. In 1982 she graduated from the French National School of Public Administration (ENA) with a specialization in economics. Ms Elbaum is French and has published two books. She is also an author or co-author of several articles on social policy.

Frances Ruane was Director of the Economic and Social Research Institute (ESRI) in Dublin from 2006 to 2015, following almost two decades as Professor of Economics at Trinity College Dublin. She is currently President of the statistical and Social Inquiry Society of Ireland and a member of the Board of the Institute for International and European Affairs in Dublin. She has served on the boards of numerous state bodies in Ireland, including as Chair of the National Statistics Board.

She also served for ten years on the Council of Economic Advisors in Scotland and on CEIES. In her research on trade, innovation and growth, she has been a frequent user of Irish micro data and large European data sets. Prior to joining ESGAB, she was a member of the Executive Committee of ESAC.

Since December 2014, Algirdas Šemeta has been Business Ombudsman in Ukraine. Before that, he was a member of the European Commission: from February 2010 until November 2014 he was responsible for taxation, customs, antifraud, statistics (from October 2011), budgetary discharge and audit, and from July 2009 to February 2010 for Financial Programming and Budget.

Mr Šemeta has long experience in the public sector. His previous governmental position was as Lithuania's Finance Minister from December 2008 to June 2009, a post in which he had already served a decade earlier, from 1997 to 1999. From September 2001 to December 2008 he was Director General of the Department of Statistics under the Government of Lithuania and from December 1999 to September 2001 a Government Secretary of the Office of the Government of Lithuania.

In 1999 he worked a short while in the private sector as Vice-president of the public limited company “Nalšia”. Before becoming Chairman of the Securities Commission of Lithuania from December 1992 to February 1997, he was Adviser and Deputy Head of the Privatisation Unit of the Office of the Government of Lithuania in 1991-1992. In 1990-1991 Mr Šemeta was Head of the Subdivision of the Economy Development Strategy Division of the Ministry of Economics of Lithuania and in 1985-1990 he was an Economist holding a fellowship at the Lithuanian Economy Institute.

He was Vice Chairman of the Lithuanian Statistical Society between 2002 and 2008. Mr Šemeta is Lithuanian. He graduated from the Faculty of Economic Cybernetics and Finance of the Vilnius University with a degree as economist-mathematician.

Since 2016, Priit Potisepp is the head of Finance unit in the Permanent Representation of Estonia to the EU in Brussels, a diplomat responsible for economic and financial topics. During the Council Presidency in 2017 he chaired the respective Council working party and represented the Council of EU vis-a-vis the European Parliament in the negotiations between the co-legislators of the EU. 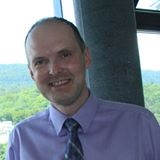 He is the former Director General of Statistics Estonia (2004-2012). During this period he was also the member of the European Statistical System Partnership Group and the Bureau of the Conference of European Statisticians of the UN.

In 2014 and 2015, he was directly involved in the conduct of the second round of peer reviews on the implementation of the European Statistics Code of Practice being the Chair of review teams in Bulgaria, Germany, Liechtenstein, Ireland and Switzerland.

Priit Potisepp has also been engaged in academic work by teaching organization development at Tallinn Technical University between 2014 and 2016. Before 2004, he worked in the field of financial services (life insurance, retail banking) in Estonia.

About code of Practice

Communication of 25 May 2005 from the Commission to the European Parliament and to the Council on the independence, integrity and accountability of the national and Community statistical authorities