This article focuses on recent rail freight transport statistics in the European Union (EU). The total performance in the EU-28 can be estimated at around 430 billion tonne-kilometres in 2018. 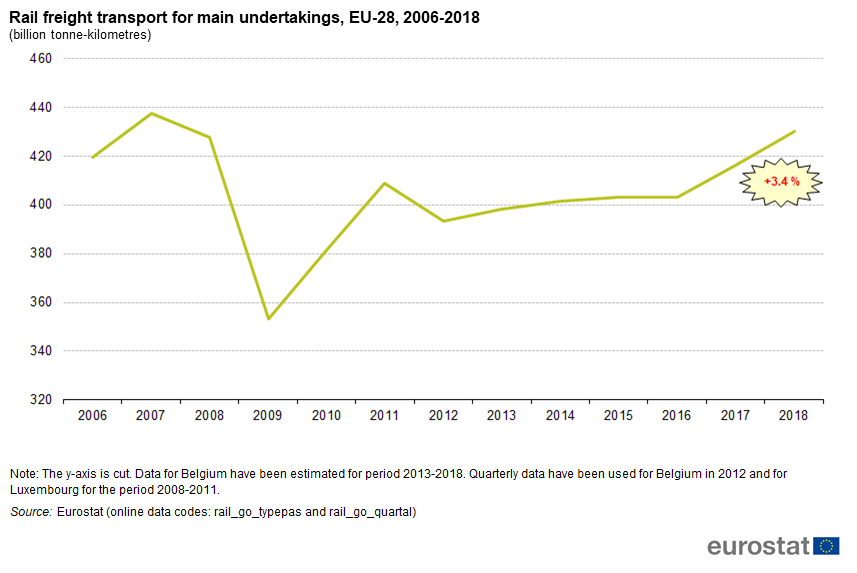 The evolution of the EU-28 rail freight transport performance at quarterly level is presented in Figure 2. At quarterly level, the movements were more erratic. No seasonal pattern can be identified according to the trend observed. Post economic crisis, a first peak of activity was reached in the 2nd quarter of 2011 with 104 billion tonne-kilometres. Since this period, the transport performance never went below 94 billion tonnes (lowest point reached in the 1st quarter of 2013). In 2018, all quarters showed higher levels compared to the 2nd quarter of 2011. A new peak has been reached in the 4th quarter of 2018 with 109 billion tonne-kilometres. Focusing on 2018, transport performance increased in all quarters compared to the same quarters of the previous year (+2.2 % in the 1st quarter, +4.0 % in the 2nd quarter, +4.2 % in the 3rd quarter, +5.2 % in the 4th quarter). 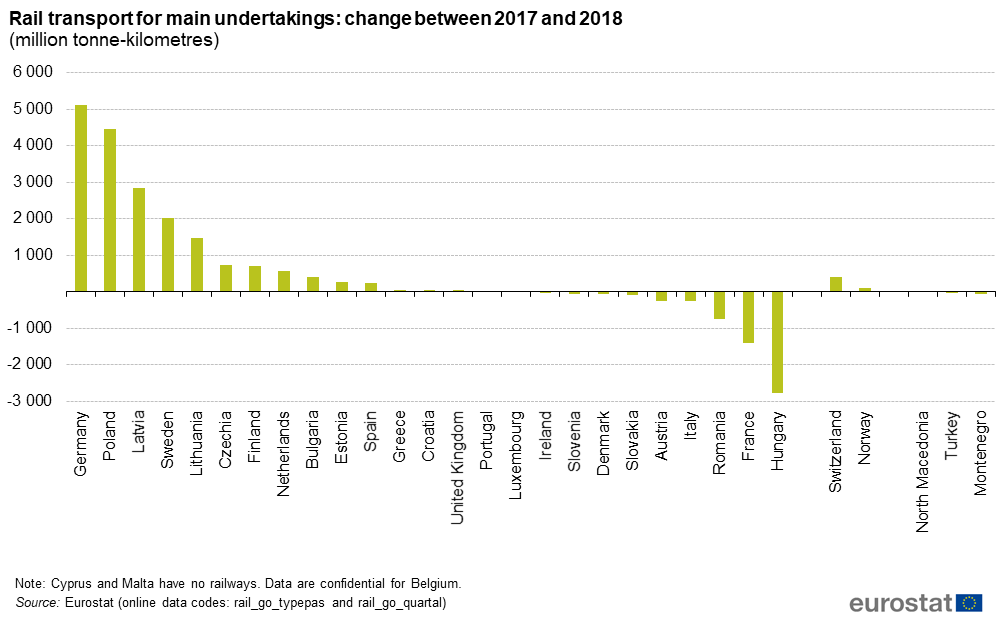 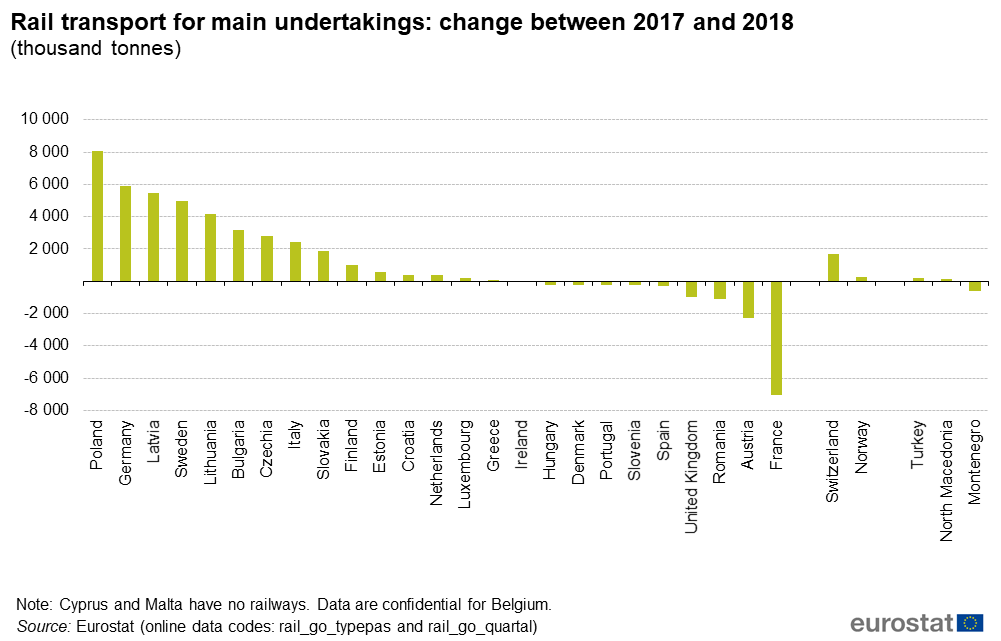 By contrast, countries with specific geographical characteristics (at the periphery of the European Union or islands) recorded a low share of international transport by rail. No international transport has been recorded for Ireland in 2018. Small shares are observed for the United Kingdom (3 %) and Denmark (11 %). For such countries, the preferred mode for international freight transport remains maritime transport, goods being delivered at the nearest port to the point of their destination and then being forwarded in the country mainly by road, but also by rail (accounted as national transport). Turkey also recorded a low percentage (4 %) which may also be linked to its peripheral position. 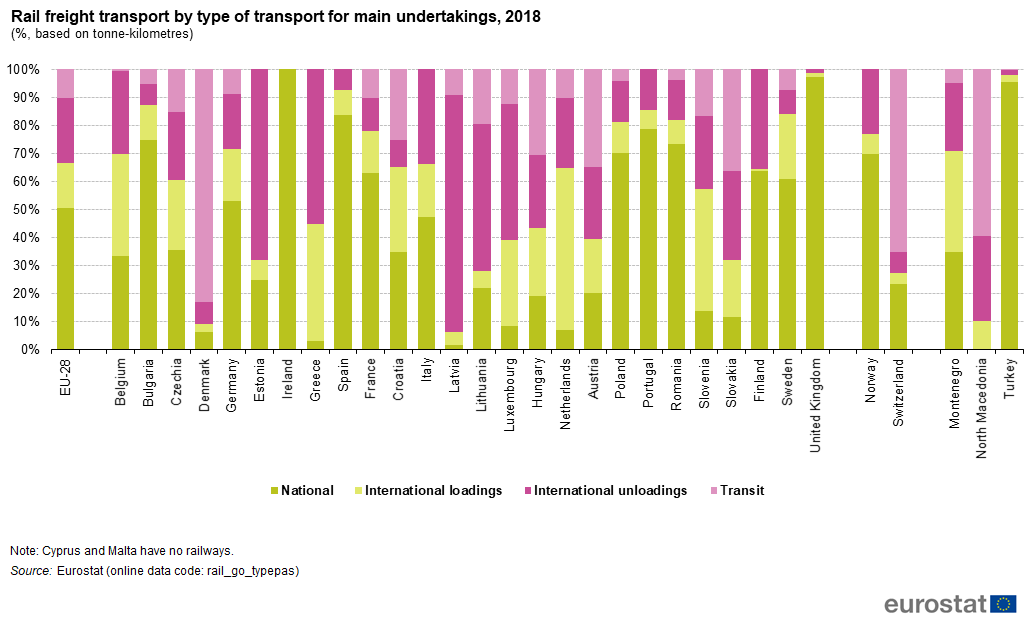 Regarding transit transport, Denmark registered the highest share in 2018, with 83 %, followed by Switzerland (65 %) and North Macedonia (59 %). By contrast, eight EU Member States and Norway did not report any transit transport. 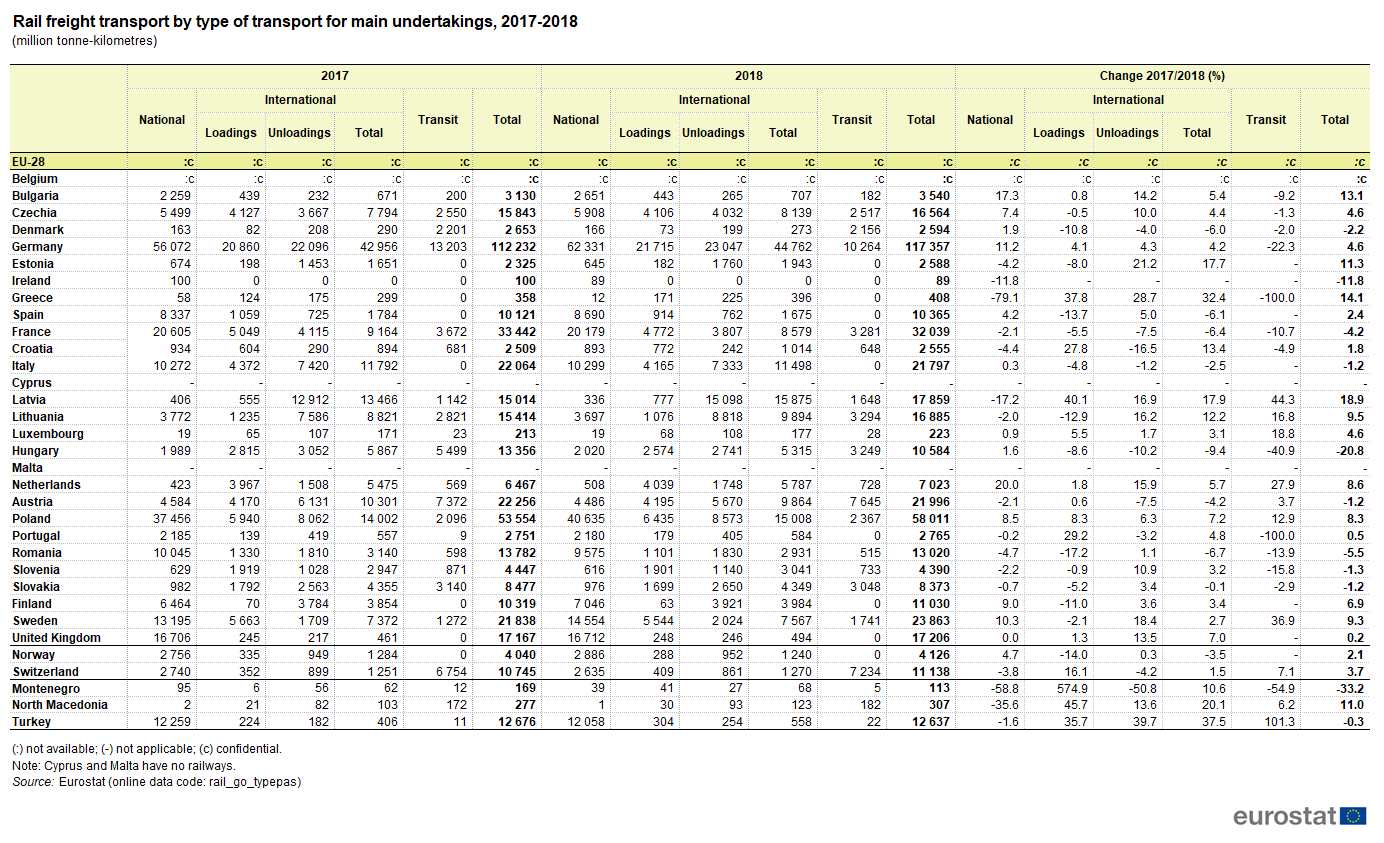 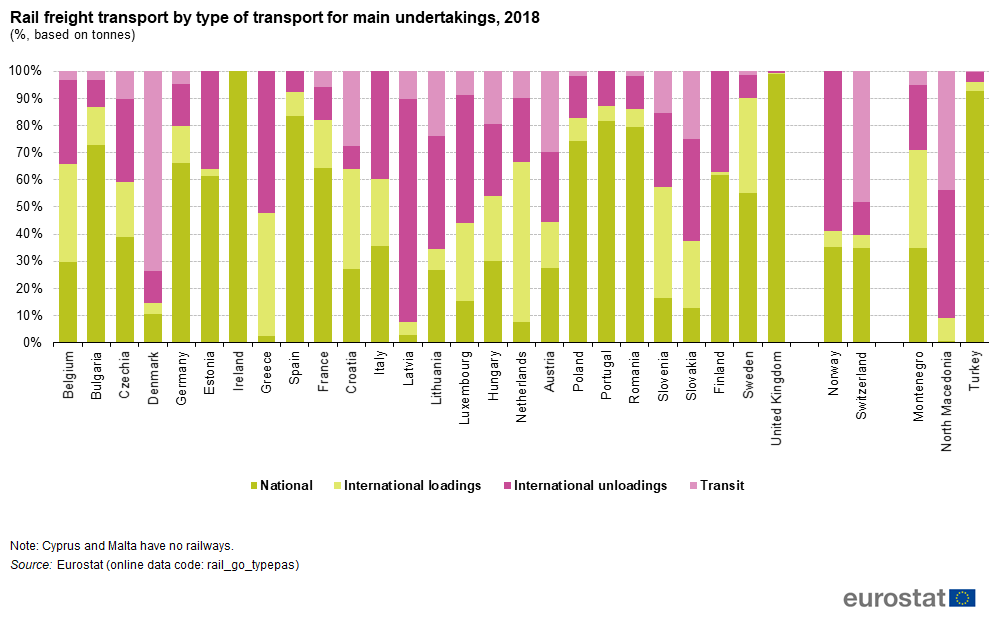 At national level, the biggest increase between 2017 and 2018 was registered in Bulgaria (+39.0 %). By contrast, the highest decrease was observed in Greece (-80.3 %). When looking at international transport, Croatia registered the highest increase (+26.9 %), while France (-8.3 %) observed the largest decrease. 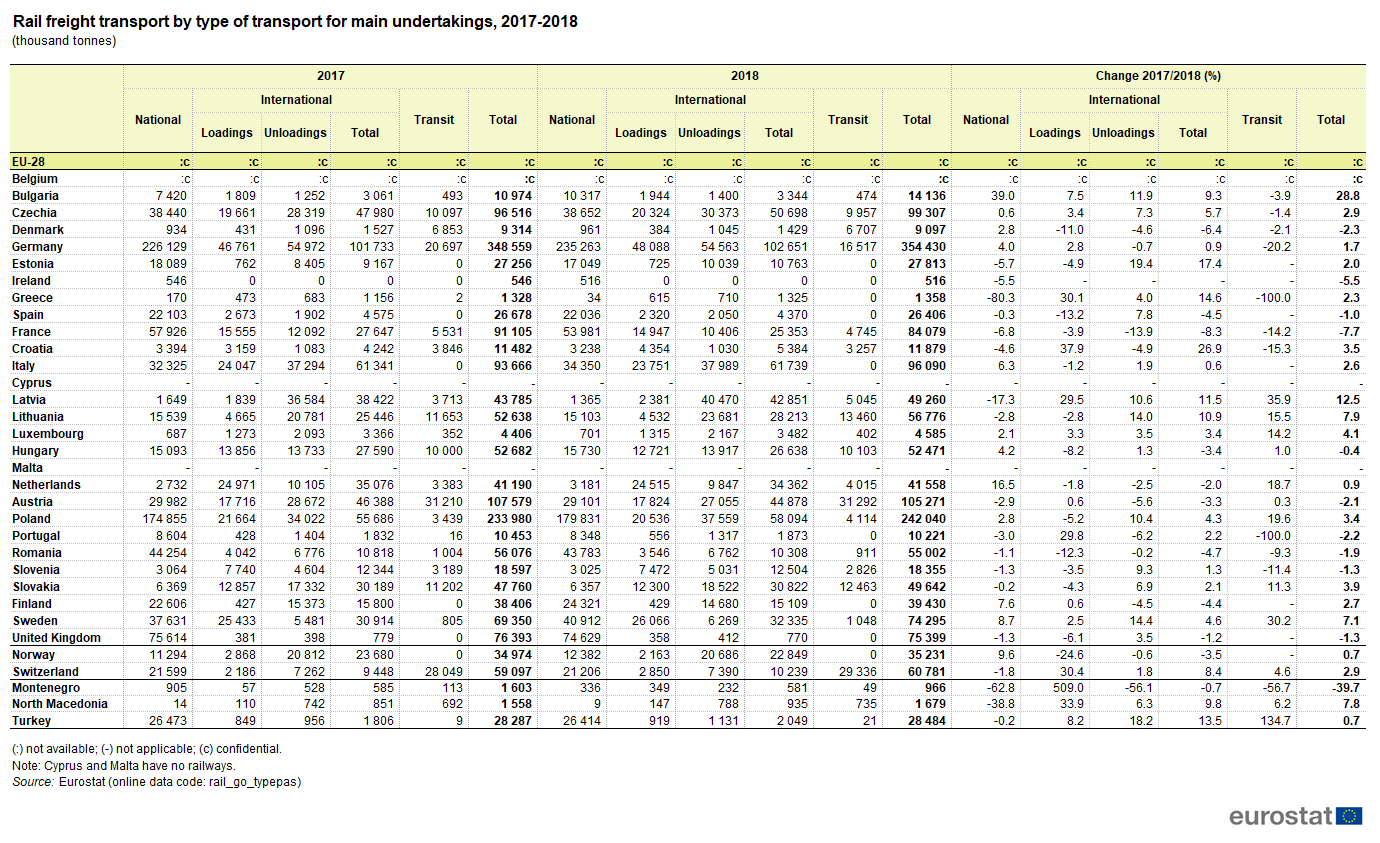 The figures presented in this article have been extracted from the Eurostat rail transport database. They include data on national, international and transit transport of the Member States, EFTA and Candidate countries, collected according to the Regulation (EU) No 2018/643 recast of Regulation (EU) No 2016/2032. There is no railway in Cyprus and Malta. The various elements present data collected under the detailed reporting system, meaning that data include only main undertakings which are defined as follows:

Railway undertakings which are below the thresholds may be included for some countries. Basic results and derived indicators (such as growth rates and shares in % of total) in the tables are rounded. However, the figures are based on the non-rounded original data. As a result, the sum of shares in % of total, as shown in the tables, is not necessarily equal to 100 %. Explanatory notes for countries are available in the metadata on the Eurostat website. Symbols