From 29 April 2016 onwards, Eurostat will publish preliminary flash estimates of quarterly GDP for the euro area (EA) and for the European Union (EU) at about 30 days after the end of the quarter (t+30). This earlier publication is an achievement of the European Statistical System, as Member States contribute by providing their national estimates to Eurostat two weeks earlier than before.

The methodology mainly follows the current methodology for the GDP flash estimates published 45 days after the end of the quarter (t+45)[1]. The main difference is the use of more preliminary country estimates. Because of the earlier timing, data for the third month of the quarter often have to be (at least partially) estimated by Member States.

How is the preliminary flash produced?

Is the preliminary estimate reliable?

As flash estimates are available earlier than the traditional estimates, there is a trade-off between timeliness and accuracy. Based on the 16 test estimates, the expected typical revision at t+45 for the GDP growth rates published at t+30 (with one decimal rounding) would be -0.1, 0.0 or +0.1 percentage points for both the euro area and the EU. In the case of a sudden dramatic change in the economic development, as in 2008Q2 with the financial crisis, larger revisions than these may be expected. 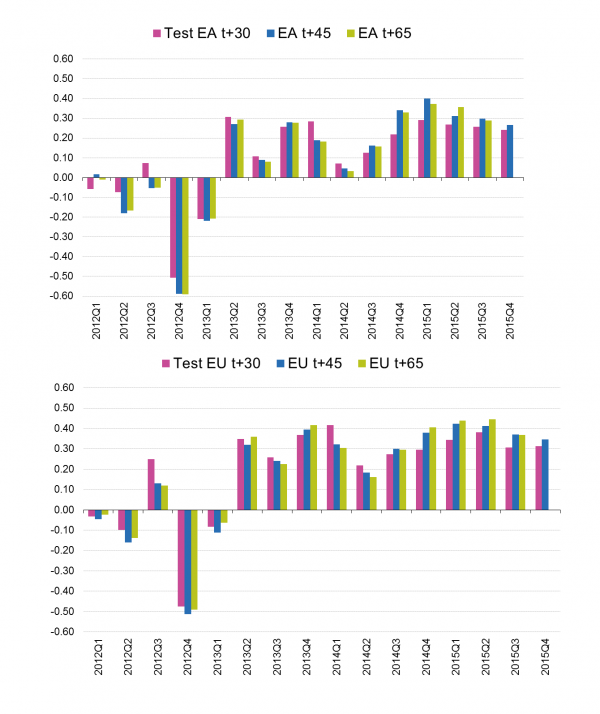