In January 2023 the minimum wages in the EU Member States ranged from €399 per month in Bulgaria to €2 387 per month in Luxembourg. 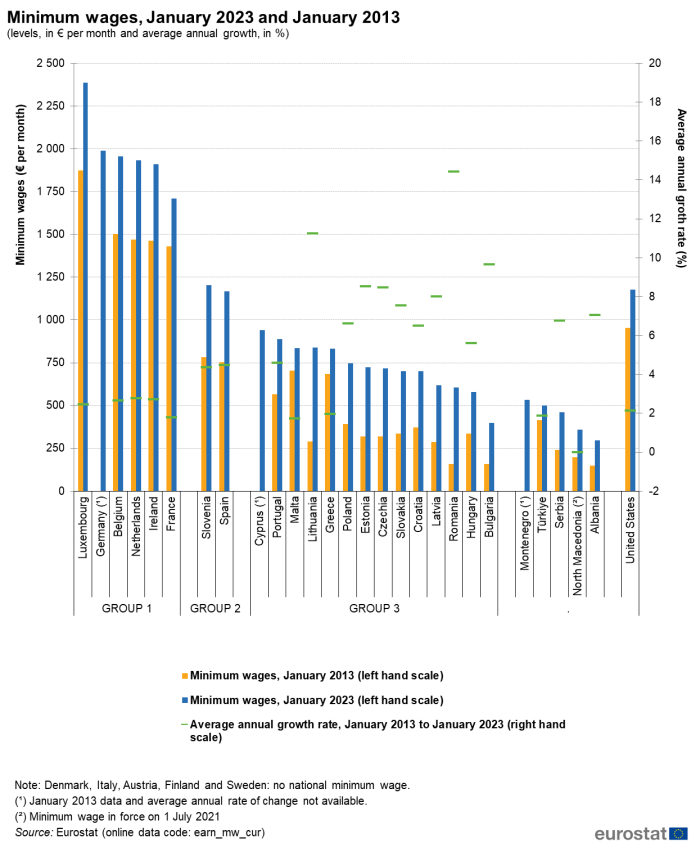 This article illustrates how minimum wage levels vary across the European Union (EU) Member States; it also provides a comparison with the situation in the candidate countries and the United States.

Minimum wages are generally presented as monthly wage rates for gross earnings, that is, before the deduction of income tax and social security contributions payable by the employee; these deductions vary from country to country.

National minimum wages are published by Eurostat bi-annually. They reflect the situation on 1 January and 1 July of each year. As a consequence, modifications to minimum wages introduced between these two dates are only shown for the following bi-annual release of data.

Among the seven candidate and potential candidate countries, five had a national minimum wage (Montenegro, North Macedonia, Albania, Serbia and Türkiye) which was not the case of Bosnia and Herzegovina nor Kosovo*. 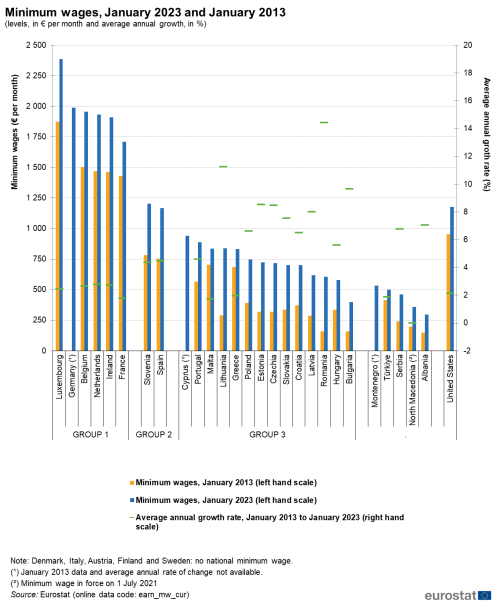 Based on the level of their national gross monthly minimum wages applicable on 1 January 2023, expressed in €, the EU Member States concerned may be classified into three different groups; (see Figure 1, non-EU countries are shown separately).

All candidate and potential candidate countries with a national minimum wage would belong to group 3, with minimum wage levels ranging from €298 in Albania to €532 in Montenegro.

The United States would fall within group 2 (€1 178 per month, at federal level).

Note: for countries whose national currency is not the euro (€): Bulgaria, Czechia, Hungary, Poland and Romania, candidate and potential candidate countries except Montenegro* as well as the United States, the minimum wage has been converted to euro using the exchange rate in force on 1 January 2023. For this reason, the annual growth rates are influenced by exchange rates movements.

Croatia has adopted the euro as the national currency as of 1 January 2023.

(*Montenegro has unilaterally adopted the euro as the national currency)

Figure 2 compares gross minimum wages applicable on 1 January 2023, after adjusting them to price differences across countries. This is done by using purchasing power parities (PPPs) for household final consumption expenditure. As might be expected, this adjustment reduces differences across countries. In PPS terms, EU Member States with the national minimum wage may be classified into two different groups (see Figure 2, non-EU countries are shown separately).

All candidate and potential candidate countries with a national minimum wage would belong to group 2, with minimum wage levels ranging from PPS 460 in Albania to PPS 907 in Montenegro. The United States (PPS 920) would also fall within group 2. 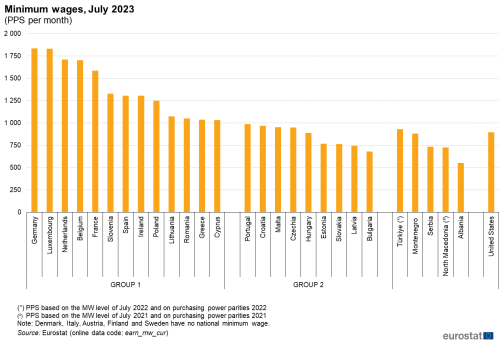 Figure 3 provides information on national minimum wages in proportion to median gross earnings, calculated with and without part-time employees. Data are published for reference year 2018, the last year for which earnings data are available, based on the Structure of Earning Survey (SES 2018).

National minimum wages expressed in euro, applicable on 1 July 2018, were divided by the median gross earnings measured from the Structure of Earning Survey (SES 2018). Within the EU, the resulting ratio ranged from 42 % (in Estonia) to 66 % (in France), part-time employees included. 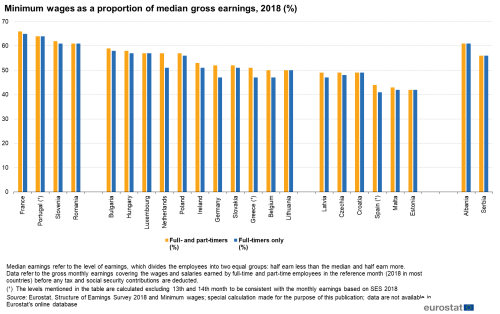 Figure 3: Minimum wages as a proportion of median gross earnings, 2018 (%)
(%)
Source: Eurostat (earn_mw_cur) and Structure of Earnings Survey 2018; special calculation made for the purpose of this publication; these special calculations are not available in Eurostat's online database

Note: For the purpose of this analysis, payments for overtime and shift work have been excluded from the calculation of median gross earnings. In the case of Germany, France and Ireland, whose minimum wages are set on an hourly basis, the ratio was calculated as a proportion of the median hourly earnings. For the other 18 EU Member states that have a national monthly minimum wage and for which data are available, the ratio was calculated as a proportion of the median monthly earnings. Median earnings were calculated with and without part-time workers (see Figure 3). When part-time workers are included in the calculation, their earnings are first converted into full-time equivalents. Including part-time workers had the largest impact on the minimum wage to median earnings ratios of: the Netherlands (+6 %), Germany (+5 %) and Greece (+4 %).

The proportion of employees earning the minimum wage can vary considerably across countries. By linking microdata from the Structure of earnings Survey (SES2018) with the level of minimum wages in force at the time (reference date: 1 July 2018), it is possible to derive an estimate of these proportions (as presented in Figure 4). For the sake of comparability, the scope has been restricted to full timers + part-timers (converted into full time units), aged 21 years and over, working in enterprises with 10 employees and more, excluding public administration, defense and compulsory social security (NACE Rev. 2 Section O). Moreover, monthly earnings calculated from the SES 2018 exclude any earnings related to overtime and shift work.

(* This proportion is derived from the monthly earnings collected through the Structure of Earnings Survey (SES 2018) whereas the monthly minimum wage is calculated based on a standard number of hours worked per month. For this reason, the threshold used to estimate the proportion of minimum wage earners includes a 5 % mark-up.) 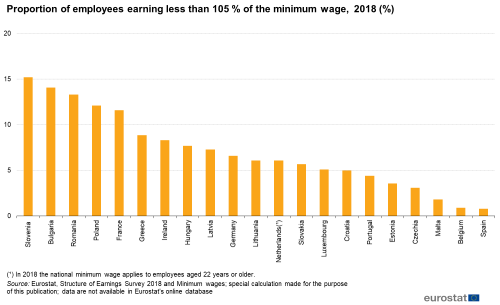 Figure 4: Proportion of employees earning less than 105 % of the minimum wage, 2018 (%)
Source: Eurostat (earn_mw_cur) and Structure of Earnings Survey 2018; special calculation made for the purpose of this publication; these special calculations are not available in Eurostat's online database

For those countries where the national minimum wage is not fixed in gross terms, the net value is grossed up to cover the applicable taxes; this is the case for Montenegro and for Serbia.

Germany: data from January 2022 onwards [(hourly rate x 38.1 hours per week) * 4.345]; (the value of 38.1 hours relates to mean basic hours per week for full time employees in NACE Rev.2 sections B to S: this value is a result of quarterly earnings survey);

In Serbia, the national minimum wage is determined in net hourly terms. The following conversion is applied: (hourly net rate x 40 hours x 52.2 weeks) / 12 months. This value is then grossed up to cover applicable taxes.

In addition, when the minimum wage is paid for more than 12 months per year (as in Greece, Spain and Portugal, where it is paid for 14 months a year), data have been adjusted to take these payments into account.

To remove the effect of differences in price levels between the countries, special conversion rates called purchasing power parities (PPPs) are used. PPPs for household final consumption expenditure in each country are used to convert the monthly minimum wages expressed in euro or national currencies to an artificial common unit called the purchasing power standard (PPS). If PPPs for the latest reference period are not yet available, they are replaced by the PPP of the previous year, and the series are updated once the latest PPPs are available.

As of 1 January 2023, there was no national minimum wage in Denmark, Italy, Austria, Finland and Sweden nor in the EFTA countries of Iceland, Norway and Switzerland. In all those countries, minimum wages are laid down by collective agreements for a range of specific sectors.

In November 2017, the European Parliament, the Council and the Commission proclaimed the European Pillar of Social Rights (hereafter the Pillar) to deliver on Europe’s promise of prosperity, progress and convergence, and make social Europe a reality for all. Principle 6 of the Pillar on ‘Wages’ calls for adequate minimum wages as well as for transparent and predictable wage setting to be put in place, according to national practices and respecting the autonomy of the social partners. The Strategic Agenda for 2019-2024, agreed at the European Council in June 2019, called on the implementation of the Pillar at EU and national level. Lately, on 19 October 2022, the European Parliament and the Council adopted a directive on adequate minimum wages in the European Union [1].

*This designation is without prejudice to positions on status, and is in line with UNSCR 1244/1999 and the ICJ Opinion on the Kosovo Declaration of Independence.