This article presents information and statistics on milk and milk products in the European Union (EU).

There are a number of factors that can affect an individual cows' milk yields, but the apparent milk yield results from the structure of the dairy herd as a whole. In the EU, the apparent milk yield continued to rise in 2021, reaching 7 682 kg per dairy cow. As a national average, apparent yields were highest in Denmark (10 097 kg per cow) and Estonia (10 020 kg per cow) and lowest in Bulgaria (3 628 kg per cow) and Romania (3 362 kg per cow). Among the main cows' milk producing EU Member States, apparent yields were well-above the EU average in the Netherlands and Germany but below average in France, Poland and Italy. 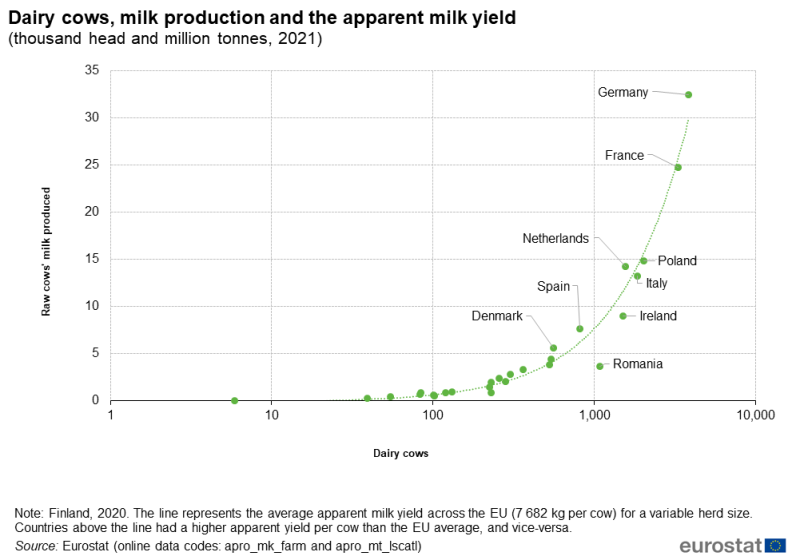 Traditionally, hygiene rules required that the collection of milk be frequent and moved over a short distance between farms and dairies. The development of cooling tanks on farms and of bigger milk tankers have made this sanitary issue less critical. Meanwhile, the removal of national milk quotas has contributed to cross-border milk flows between farms and dairies or between dairies. Nevertheless, this is relatively limited. 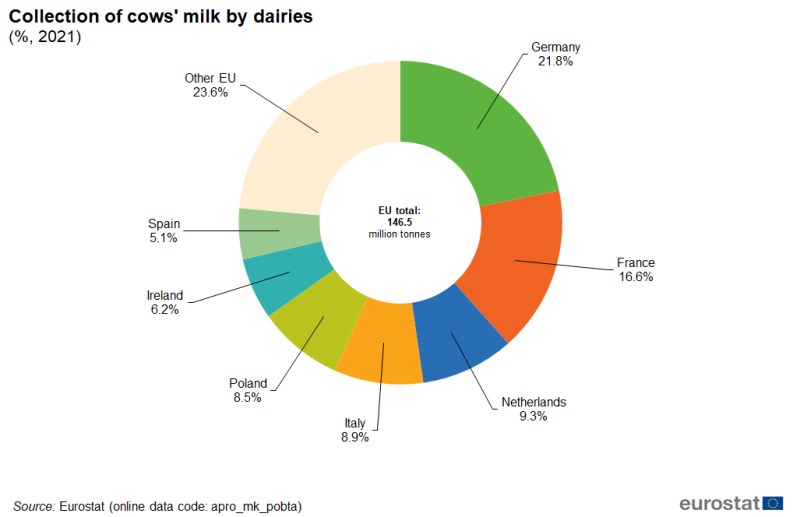 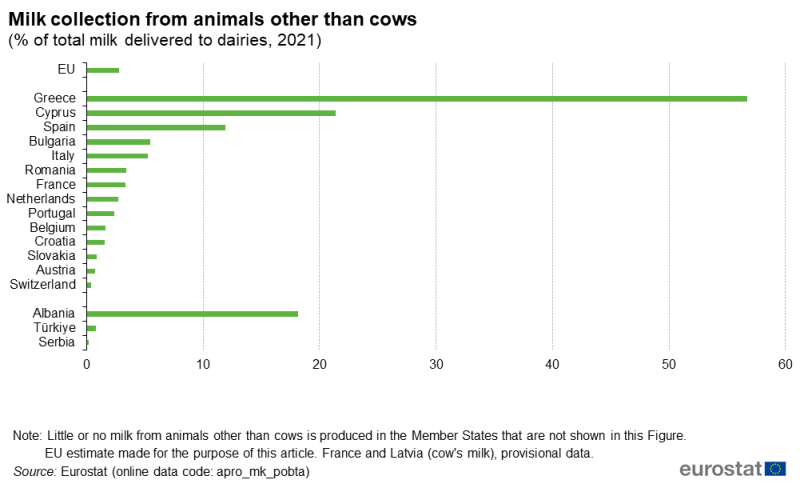 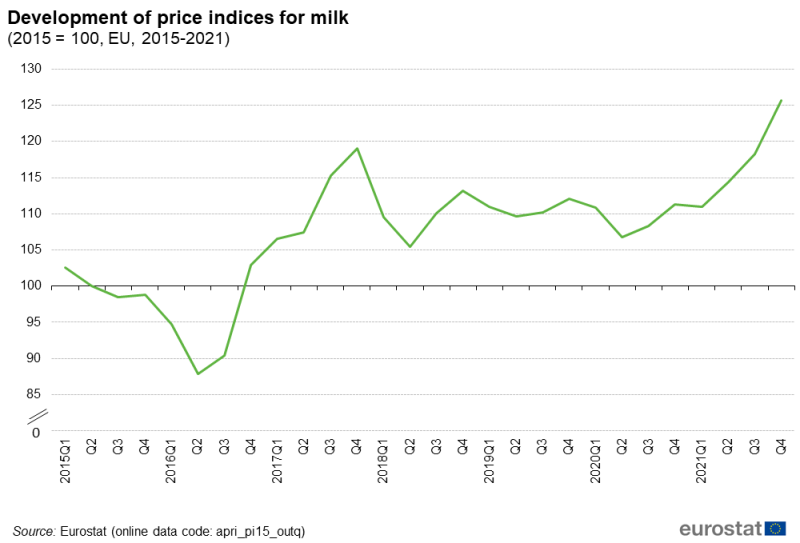 The milk delivered to dairies is processed into a number of fresh and manufactured products. Dairy products are recorded in terms of their weight. It is thus difficult to compare the quantities of various products (for example, tonnes of fresh milk and of milk powder). The volume of whole or skimmed milk used in dairy processes provides more comparable figures [1].

In 2021, 149.5 million tonnes of the whole milk available to the EU's dairy sector was processed. 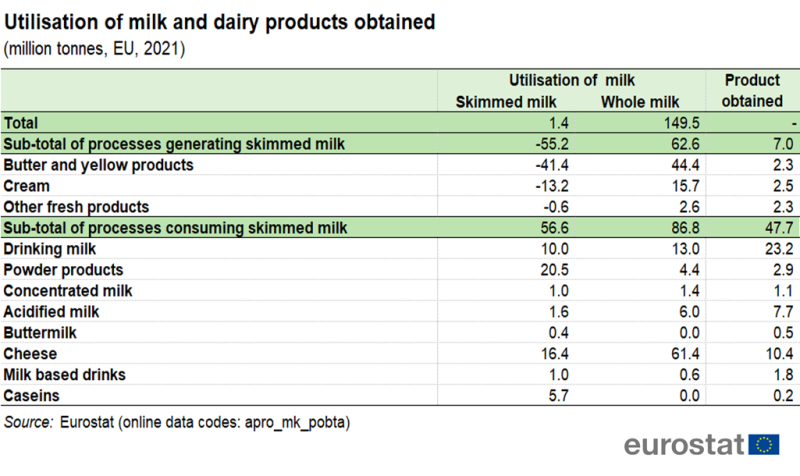 Milk and milk product statistics are collected under Decision 1997/80/EC and implementing Directive 1996/16/EC. They cover farm production and the utilisation of milk, as well as the description (structure), collection and production activity of dairies. Due to the small number of dairy enterprises, national data are often subject to statistical confidentiality. Thus, providing EU totals in this context is a challenge and some of the information presented in the analysis is based on partly provisional data. On the one hand, statistics from these few enterprises provide early estimates on trends. On the other hand, a complete overview of the dairy sector requires detailed information from farms and this means that the final figures on milk production are only available at an EU level about one year after the reference year.

Dairy products are recorded in terms of weight. It is thus difficult to compare the various products (for example, fresh milk and milk powder). The volume of whole or skimmed milk used in the dairy processes provides more comparable figures.

The number of dairy cows used in the analysis was drawn from the livestock population in November/December 2021.

EU agricultural price statistics are based on voluntary agreements between Eurostat and the Member States. National statistical institutes or Ministries of Agriculture are responsible for collecting absolute prices and calculating corresponding average prices for their country, as well as for calculating price indices and periodically updating the weights. Price indices are reported quarterly and annually. Absolute prices are reported annually. The agricultural prices expressed in national currency are converted into euro by Eurostat using fixed exchange rates or financial market exchange rates in order to allow comparisons between the EU Member States. Eurostat is responsible for calculating indices for the EU.

The abolition of milk quotas in 2015 resulted in a restructuring and further modernisation of the sector, including a re-orientation towards the most productive herds, more intense cross-border milk flows and increased production. Over recent years, milk prices have followed the global milk fat market.

There is no 'typical' European dairy cow breed, though the Friesian-Holstein is prevalent.