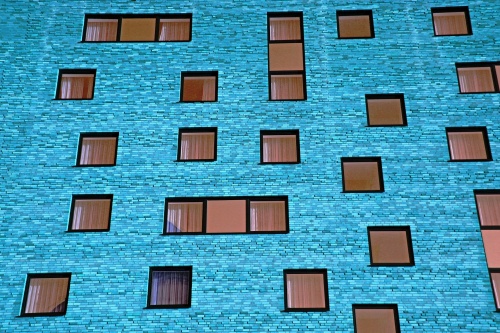 This chapter of the City statistics manual provides the definitions that should be used for compiling data at city and functional urban area level in the following sub-domains: Housing, Health and Crime. In order to ensure comparability across countries, the recommended concepts and definitions are in line with the existing EU Regulations in the relevant statistical domains. Concepts and definitions regarding discontinued variables are not included in the chapter. The chapter also contains links to methodology, publications and external information.

Houses and apartments (related to SA1050, SA1051, SA1052V and SA1053V) are defined in the Conference of European Statisticians Recommendations for the 2020 Censuses of Population and Housing, New York and Geneva, 2015.

(1.1) Detached house (houses not attached to any other buildings)

(1.1.1) Detached houses with one dwelling

(1.1.2) Detached houses with two dwellings (with one above the other)

(1.3) Row (or terraced) house (at least three attached or connected dwellings each with separate access to the outside)

(1.2) Apartment buildings with 10 or more dwellings

Apartment is a dwelling in an apartment building.

Please note: If a house has more than one dwelling, they must not be counted as apartments.

A conventional dwelling (SA1001V) is structurally separate and independent premises, and which is designed for permanent human habitation at a fixed location and is not used wholly for non-residential purposes. It is defined as a room or suite of rooms and its accessories (for example lobbies, corridors) in a permanent building or structurally separated part thereof, which, by the way it has been built, rebuilt or converted, is designed for habitation by a single household all the year round, such as a house or apartment. It need not necessarily have a bathroom or toilet available for the exclusive use of its occupants. For this purpose, 'permanent building' is a building that was constructed to be structurally stable for at least ten years. Some countries may prefer to define permanence in terms of the method of construction or in terms of the building materials used. Detached rooms for habitation, which are clearly designed to be used as part of the dwelling, for example, a room or rooms above a detached garage should be included.

Empty conventional dwellings (SA1025V) are considered as empty if they fall into one of these categories:

(1.1) Dwellings reserved for seasonal or secondary use

(1.3) Dwellings occupied by persons not included in the census/survey (such as foreign military, naval and diplomatic personnel and their families)

House prices (SA1050V and SA1052V): Average buying price during the reference year for a whole property as well as per square metre of house sold, for houses available for purchase in Euro. This includes both newly built and old (existing) houses, as well as terraced houses and semi-detached houses. The price of the new houses (the same applies to apartments) should be provided including the VAT, and for the existing dwellings, the transfer tax should not be considered. Real estate agency fees are excluded in all cases. Most houses do have a land parcel attached, and the separation of price is usually not recorded. Therefore, the land should be considered in the average price for buying a house.

Apartment prices (SA1051V and SA1053V): Average buying price for a whole property as well as per square metre of apartment sold during the reference year, for apartments available for purchase in Euro. This includes both newly built and old (existing) apartments. In the cases when newly built apartments are sold with a land parcel, it should be considered in the average price for buying an apartment. VAT should be included.

Prices for apartments and houses will differ significantly inside a city depending on being new/existing, location, size and many other features. There are two possibilities: to provide the average for the transacted dwellings (houses/apartments) during the reference year, or the average for the stock of dwellings. By far the easiest is the first option, and you can see an example on the Statistics Belgium site: http://statbel.fgov.be/fr/statistiques/chiffres/economie/construction_industrie/immo/prix_moyen_appartements/.

'Actual rentals for housing' (04.1) (the code refers to the Classification of Individual Consumption) are all rentals actually paid by tenants, i.e. the rentals the tenant pays to the landlord regardless of any social benefits the tenant receives from public authorities (including payments which at the tenant’s discretion go directly to the landlord). Rentals normally include payment for the use of the land on which the property stands, the dwelling occupied, the fixtures and fittings for heating, plumbing, lighting, etc., and, in the case of a dwelling let furnished, the furniture. Data on unfurnished dwellings should also be included according to its availability. Rentals also include payment for the use of a garage to provide parking in connection with the dwelling. The garage does not have to be physically contiguous to the dwelling; nor does it have to be leased from the same landlord.

Rentals do not include payment for the use of garages or parking spaces not providing parking in connection with the dwelling (07.2.4). Nor do they include charges for water supply (04.4.1), refuse collection (04.4.2) and sewerage collection (04.4.3); co-proprietor charges for caretaking, gardening, stairwell cleaning, heating and lighting, maintenance of lifts and refuse disposal chutes, etc. in multi-occupied buildings (04.4.4); charges for electricity (04.5.1) and gas (04.5.2); charges for heating and hot water supplied by district heating plants (04.5.5).' (Classification of Individual Consumption by Purpose Adapted to the Needs of Harmonized Indices of Consumer Prices).

The variable should be calculated for a year.

Death (SA2016V–SA2021V) is the permanent disappearance of all evidence of life at any time after live birth has taken place (postnatal cessation of vital functions without capability of resuscitation) (Regulation (EU) No 1260/2013 of the European Parliament and of the Council of 20 November 2013 on European demographic statistics).

Infant mortality per year (SA2004V): total number of deaths of live-born infants who have not yet completed 1 year of life, for the reference year. Source: Eurostat Mortality Metadata.

Causes of Death (COD) statistics are based on information derived from the medical death certificate. COD target at the underlying cause of death, i.e. 'the disease or injury which initiated the train of morbid events leading directly to death, or the circumstances of the accident or violence which produced the fatal injury'. The World Health Assembly has adopted this definition.

Number of live births per year (SA2007V) are defined according to the Regulation (EU) No 1260/2013. These are births of children who breath or show any other evidence of life, such as beating of the heart, pulsation of the umbilical cord, or definite movement of voluntary muscles, regardless of gestational age. It is the total number of births excluding stillbirths (total births include live births and stillbirths).

Number of deaths per year under 65 due to diseases of the circulatory or respiratory systems (SA2013V), the ICD 10 has to be applied as well:

Chapters IX and X of the ICD 10 classification cover the diseases of the circulatory and respiratory system.

The indicator is number of murders and violent deaths (SA3005V). When the data source is the Joint Eurostat–UNODC data collection on Crime and Criminal Justice Statistics, the definition follows the ICCS (International Classification of Crime for Statistical Purposes). The most relevant category there is 'intentional homicide', meaning unlawful death purposefully inflicted on a person by another person. Data on intentional homicides should also include serious assault leading to death and death as a result of a terrorist attack. It should exclude attempted homicide, manslaughter, death due to legal intervention, justifiable homicide in self-defence and death due to armed conflict. Causing death by dangerous driving is excluded, as is abortion and help with suicide. The standard data source for this variable is police records. If another data source, for example, statistics on deaths by death cause (ICD-10) is used, it should be mentioned in the metadata file.