General government expenditure in the EU on education amounted to EUR 624 billion or 4.6 % of GDP in 2018. 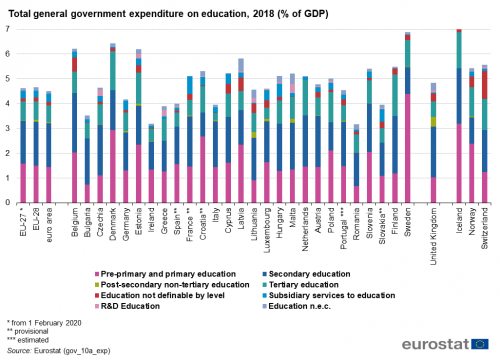 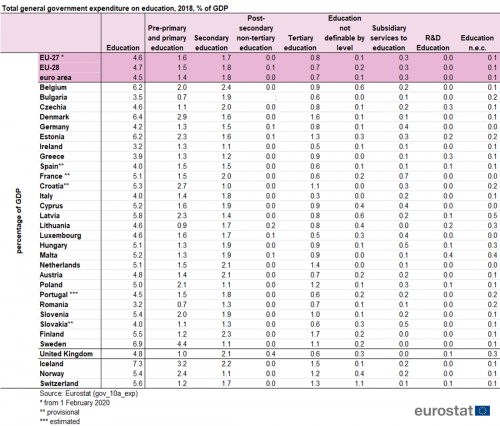 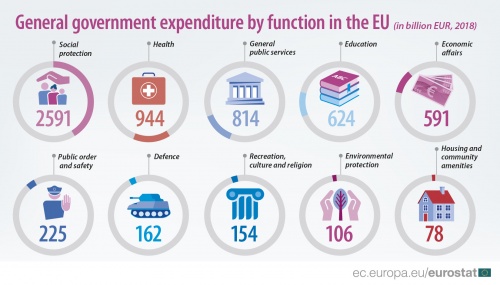 For 'education', the groups are