Catalogue of Services is enhancing the interoperability and the exchange of information about public services within and across EU countries and at the European level.

How did you hear about the Catalogue of Services solutions and support?

We heard about the Catalogue of Services by participating actively in the SEMIC community.

What are the benefits of the Catalogue of Services Action?

The Catalogue of Services is a cornerstone of the Flemish Citizen Profile ('Mijn Burgerprofiel'). It enhances the interoperability of the different electronic portals that exchange status information of public services across applications at local and regional level.

What value did the Action bring to your organisation?

The Action facilitated an easier exchange of information (internally in the Flemish government and also between the local and regional level) thanks to harmonised data models and machine-readable APIs.

Belgium is a federal state with three communities, three regions, and four language areas. The Federal State, the Communities and the Regions are at the top level and equal from a legal viewpoint. Flanders is the northern federated state of Belgium and an umbrella term for the Flemish Region and the Flemish Community. At the bottom level are the municipalities, which are closest to the citizens.

The different governmental levels are responsible for different policy domains, which causes fragmentation of the public services. The Digital Assistant aims to facilitate a one-stop government in Flanders by creating an integrated user experience. Due to the autonomy of the various entities, the fragmentation of information and budget constraints, the Flemish government did not opt to develop a single entry point which integrates all services in a central portal (single window) but opted for the concept of a virtual window by integrating a smart assistant in the header of each portal, as illustrated in Fig. 1. A non-functional requirement was the request to create a more uniform layout on all government portals

These efforts are a first step in a strategy towards proactive public services where citizens do not have to take any action to receive a government service, often referred to as a no-stop-shop. Qualitative research with citizens in Flanders in 2016, conducted in the context of the Digital Assistant, identified three main user requirements: 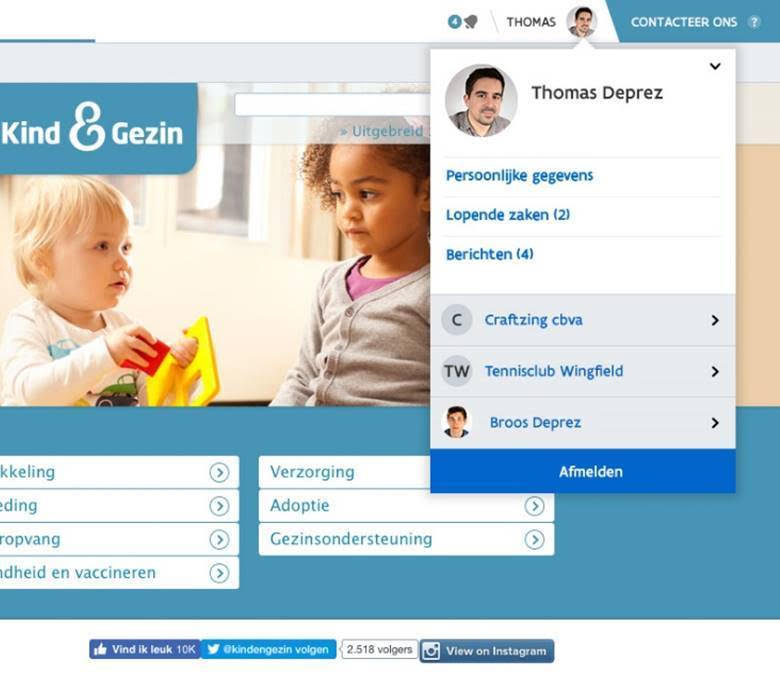 Figure 1: The front-end design of the Digital Assistant, including the citizen's preferences, access to personal information, active public services and notifications.

How did the Action help you reach this value?

The Action provided a flexible and extensible model to describe the public services, which was combined with other ISA Core vocabularies including Core Person and Core Organisation.

Did you encounter any challenges in reusing the Action's solutions?

The challenges were to embed the semantics into the APIs.

To comply both with the ease-of-use requirement and to make the authoritative data self-describing, we have based our approach on JSON-LD.

JSON (JavaScript Object Notation) is a popular lightweight data-interchange format. The disadvantage of JSON is that the services can only be documented in the human readable documentation, unlike Extensible Markup Language (XML) based services that can be annotated with machine-readable descriptions by using the XML schema language. JSON-LD allows to make JSON documents self-descriptive and allows developers to work with Linked Data without the high entry barrier.

Being fully compliant with the classic JSON, the Flemish Information Agency has decided to create a blend: the objects that are under the governance of OSLO are JSON-LD enabled, whereas the other information, which merely supports the use-cases, is in plain JSON integrated within the same document.

Dereferenceable URIs allow machines to browse the web of data, as humans browse the web of documents. The object organisation has a unique URI, which is governed by the Flemish Government. The term voorkeursNaam, which is Dutch for preferable name, is associated with the Object organisation which is the Dutch for an organization by using the JSON-LD context. The context maps the shortcut term voorkeursNaam to the URI'…/skos/core#prefLabel', which provides a definition in line with international information standards.

Figure 2: Code snippet of a JSON-LD object, which describes an organisation in the citizens portal.

In the example in Fig. 2, the context is embedded in the JSON-document. In the services of the Digital Assistant, the context is pointing to an external document and generated automatically from the formal specification, for reasons of maintainability.

Would you recommend Catalogue of Services to other organisations?

We recommend Catalogue of Services to other organisations.