This article provides a picture of the international trade in goods between the European Union (EU) and the United States. It analyses the type of goods exchanged between the two economies and the shares of each EU Member State in those exchanges. 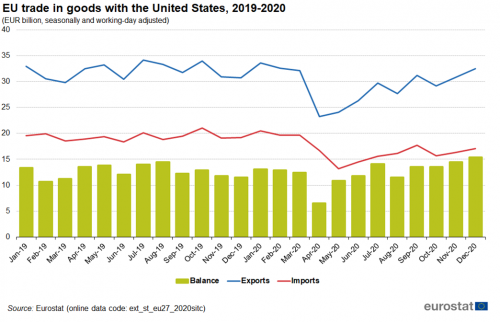 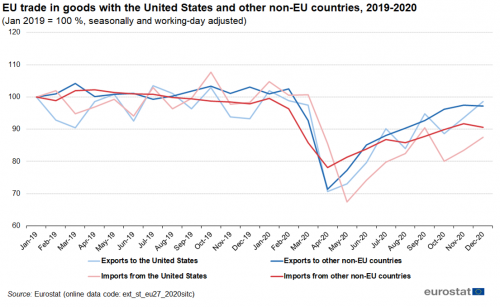 EU and the United States in world trade in goods 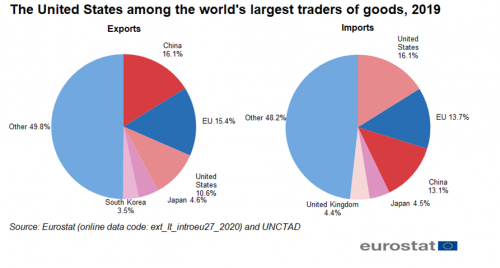 Figure 3: The United States among the world's largest traders of goods, 2019
Source: Eurostat (ext_lt_introeu27_2020) and UNCTAD 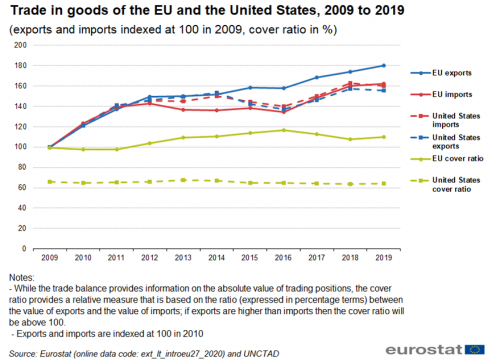 Both exports to and imports from the United States increased between 2010 and 2020. 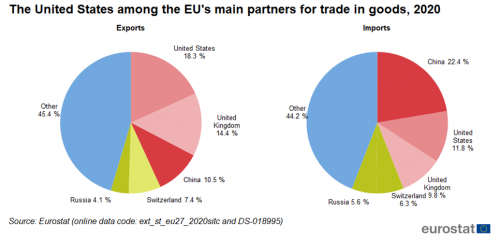 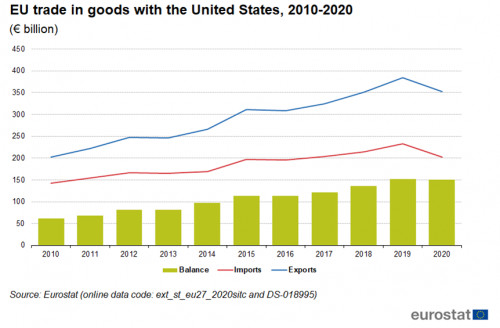 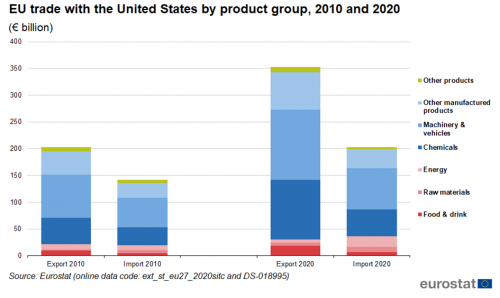 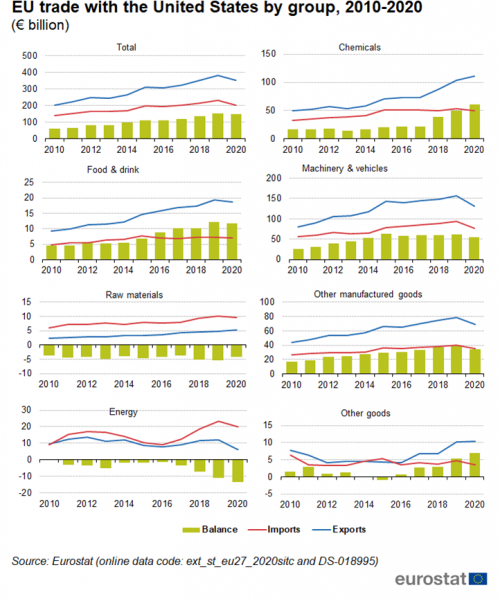 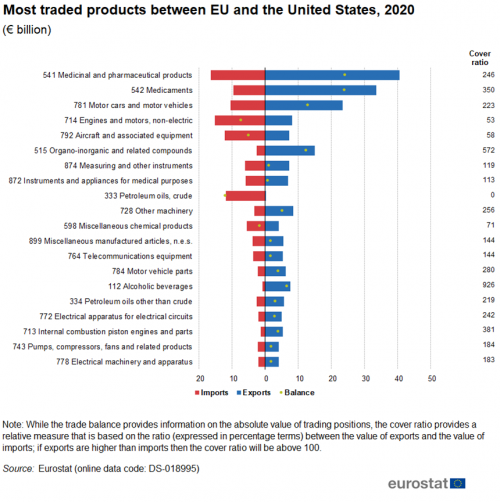 Trade with the United States by Member State 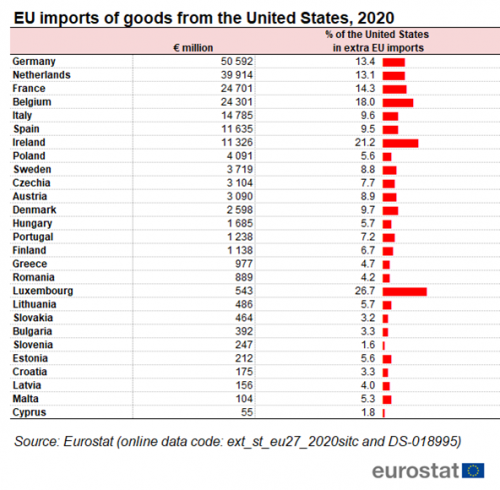 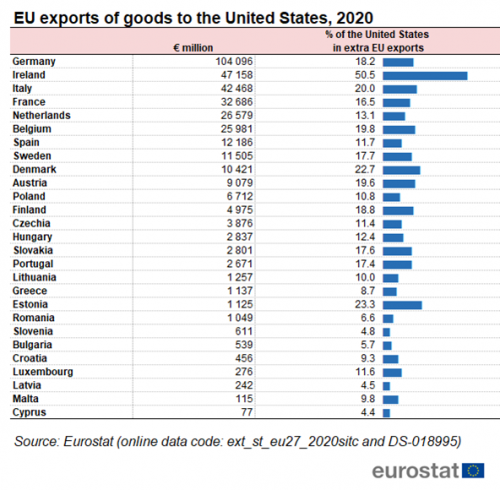 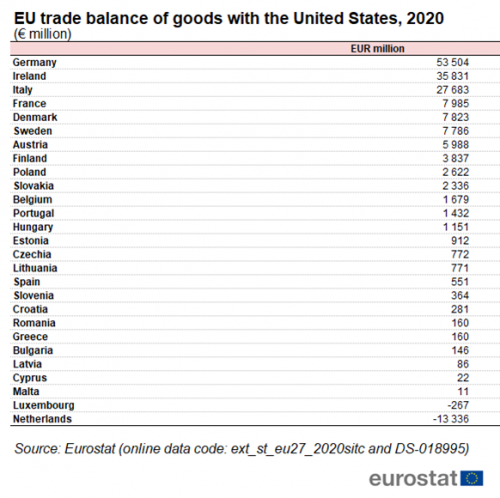