Community currencies get into action for local development 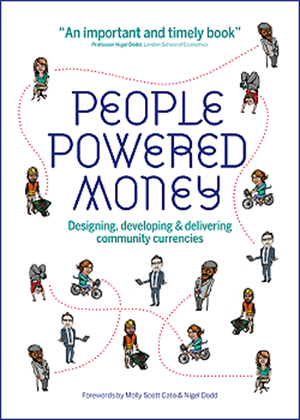 " The idea of a community currency is no longer a marginal one, the time is right for these initiatives to move into the mainstream. "

A pilot currency was implemented in each participating country. Time credits allowing exchange of services using time as a unit of value were introduced in Welsh schools and demonstrated the range of contexts in which the model can be applied.

A currency shop was set up for the 'Makkie’, the currency introduced in Amsterdam's Indische Buurt neighbourhood, making it easier for residents to get involved in voluntary activities. Also in Amsterdam, a network for small and medium-sized enterprises (SME) allows them to pay each other for goods and services with their own digital currency, thus reducing real money expenditure, while providing easy access to capital and forging links between SMEs.

A public lending institution developed a currency for Nantes, France. It provides interest free liquidity for SMEs and allows citizens to exchange euro for electronic currency.

In Limburg, Belgium, municipalities signed up to the green points e-wallet system to tackle challenges including waste separation and social exclusion. The system allows users to earn currency by contributing to one area of focus, such as recycling, and spend it in another, such as culture, thus showing that the currency can connect different policy areas.

The project developed the QoinWare IT platform which incorporates bank-grade security and is used by CC schemes for transactions. It also produced an online resource centre (http://community-currency.info) with comprehensive CC information.

In social inclusion-related schemes, people were consulted about what they wanted CCs to achieve through weekly consultations, workshops and renting of market stalls from which to engage with people. These approaches increased participation. In Wales, 65 % of people surveyed on the subject said that their quality of life had improved as a result of the CC and 40 % said that they do things that they didn’t before.

Total investment for the project “Community Currencies in Action” is EUR 6 253 957, of which the EU’s European Regional Development Fund is contributing EUR 3 126 979 from the Operational Programme “North West Europe (NWE)” for the 2007 to 2013 programming period.