Seven European cities are exchanging best practices to ensure their policies, services and development are gender equal, thanks to the URBACT action planning network project Gendered Landscape. The aim is to redefine cities as places that embody and reinforce gendered power structures. 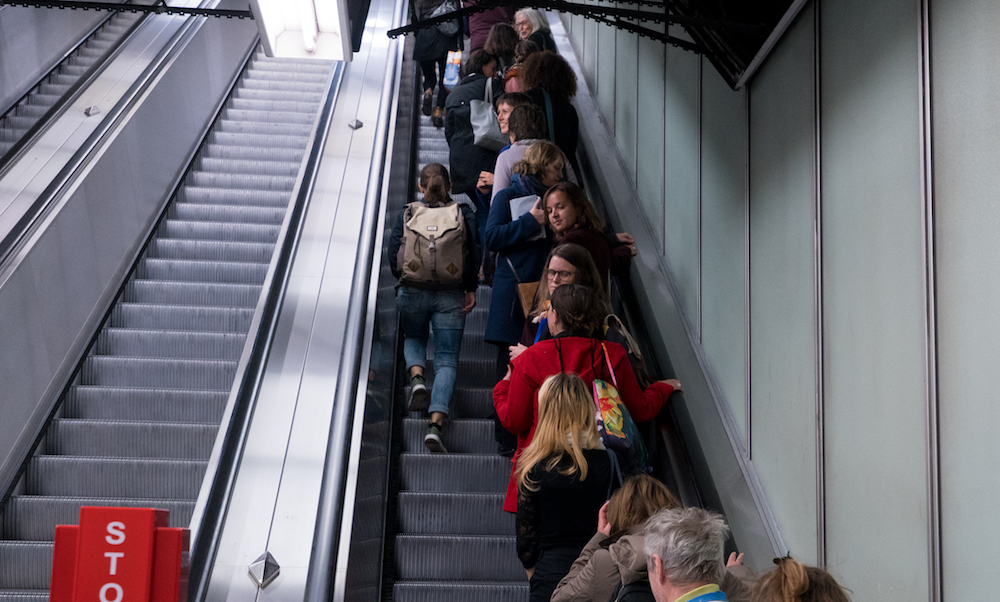 The GenderedLandscape project is working to ensure cities and their services are gender equal. ©URBACT (2018)

" We know that women feel more insecure than men. We want this work to contribute to a more equal urban environment where women can feel safe. "

Gender equality is one of the EU’s core principles. Many see cities as being an ideal setting to lay the foundation for achieving equality. However, all too often this isn’t the case. Despite the fact that men and women use cities differently, most urban policies, services, and developments fail to take these differences into account.

Working in Umeå, Sweden; Frankfurt, Germany; Trikala, Greece; Barcelona, Spain; La Rochelle, France; Panevezys, Latvia; and Celje, Slovenia, the project is creating awareness among urban planners and decision makers about how gendered power structures are perpetuated in cities and then to use this knowledge to make their policies and services gender equal.

In Umeå, for example, the city introduced a guided bus tour to examine its gendered landscape. The goal of the tour was to highlight what the city looks like from this perspective in practice and, ultimately, identify places for improvement.

One of the tour’s stops is a tunnel that connects the city centre with the Haga neighbourhood. The tunnel serves as a good example of how physical planning can take gender into account. In this context, working with a gender perspective meant raising awareness about power in public spaces – namely violence against women – and how a city is perceived as a consequence of this violence.

With Gendered Landscape’s help, architects redesigned the tunnel. The result is a safer space: not only is the new tunnel broader and brighter, there are no dark corners for criminals to hide and it has an additional entrance in the middle – all of which help increase the sense of safety.

Although this design alone will not end violence against women, project coordinators say it creates an important opportunity to discuss the issue.

Using the best practices from Umeå as an example for gender-equal urban planning, the other partner cities have started their work. They are using a gender mainstreaming self-assessment canvas to start thinking about the political commitment needed to make the necessary changes.

In addition, they are reviewing existing plans, data, and resources related to their local issues. Over the next two years, until 2022, all cities will co-design integrated action plans with local stakeholders to face their own gender-equality challenges.

The project is implemented as part of URBACT, the European Territorial Cooperation programme that aims to foster sustainable integrated urban development in cities across Europe. It uses resources and know-how to strengthen cities’ capacity to make improvements in four areas: governance, environment, inclusion and economy.

Total investment for the project “GenderedLandscape - Gender + Equal + Cities” is EUR 749 381, with the EU’s European Regional Development Fund contributing EUR 572 685 through the “URBACT III” Operational Programme for the 2014-2020 programming period. The investment falls under the priority “Democratic Change”.