To ensure that citizens can safely cycle to work and school, the communities of north-west Czech Republic built a dedicated bicycle lane along a busy highway. 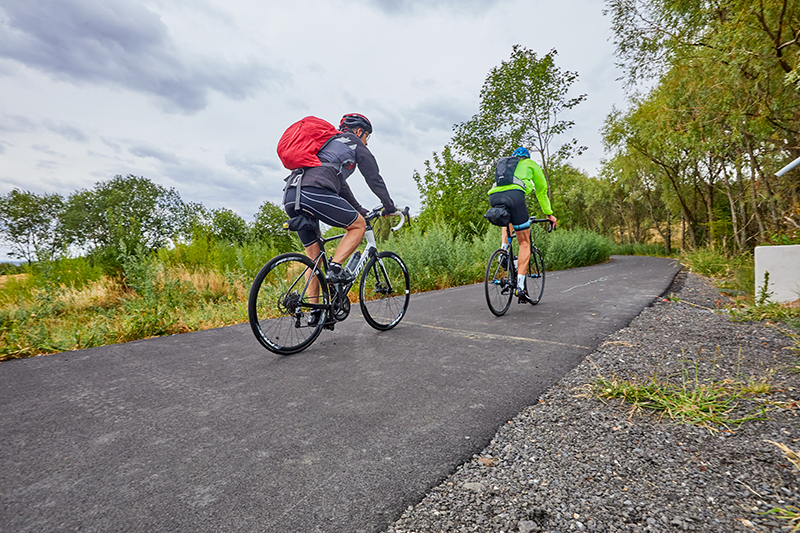 Cycle paths are being built along the highway between Prunéřov and Černovice, in north-west Czech Republic. ©Ministry of Regional Development/ Antonín Kapraň

" The Prunéřov - Černovice cycle path has become an important part of the domestic network of cycle paths. It follows other cycle routes throughout most of the region. The safe, easy-to-use bike path is used by cyclists riding to work, by tourists and even by families with children. "

The highway connecting the towns of Prunéřov and Černovice in north-west Czech Republic is busy. Over 13 000 vehicles per day use sections of this road.

Because this high density of traffic makes the road unsafe for cyclists, people are hesitant to use this mode of transport. Instead, they drive, even for short trips, which contributes to congestion and pollution

To remedy this situation, the region is adding dedicated bicycle lanes along the highway. This particular EU project built 7.8 km of bike paths.

In addition to the asphalt path, which is separated from the highway, the project constructed 15 dedicated bicycle parking spaces. The entire route is has information boards that show the route and list rules and regulations.

The project represents one section of a larger initiative to build bicycle paths all the way between the towns of Prunéřov and Černovice, a distance of 9 km. Some sections have already been completed.

Together, these new paths will help ensure the safety of cyclists. As safety increases, so will the number of people choosing to bike to work, school, and shops.

The region is home to a significant mining operation. As such, the new paths not only connect to the mines, but also provide a safe route around the mines for those looking to travel through the reclaimed area.

The path connects to the regional power plant – one of the area’s biggest employers – and thus encourages workers to cycle.

Total investment for the project “Cycle path Prunéřov - Černovice” is EUR 1 180 637, with the EU’s European Regional Development Fund contributing EUR 1 003 541 through the “Transport” Operational Programme for the 2014-2020 programming period. The investment falls under the priority “Jobs, Growth and Investment”.

Severozápad View programmes for this region