Analysis and data The latest Eurostat population projections for the period 2020-2030 indicate that while the population of the 65+ age group is expected to grow by 18 %, the younger population – 4- to 18-year-olds – is expected to shrink by 5 %. 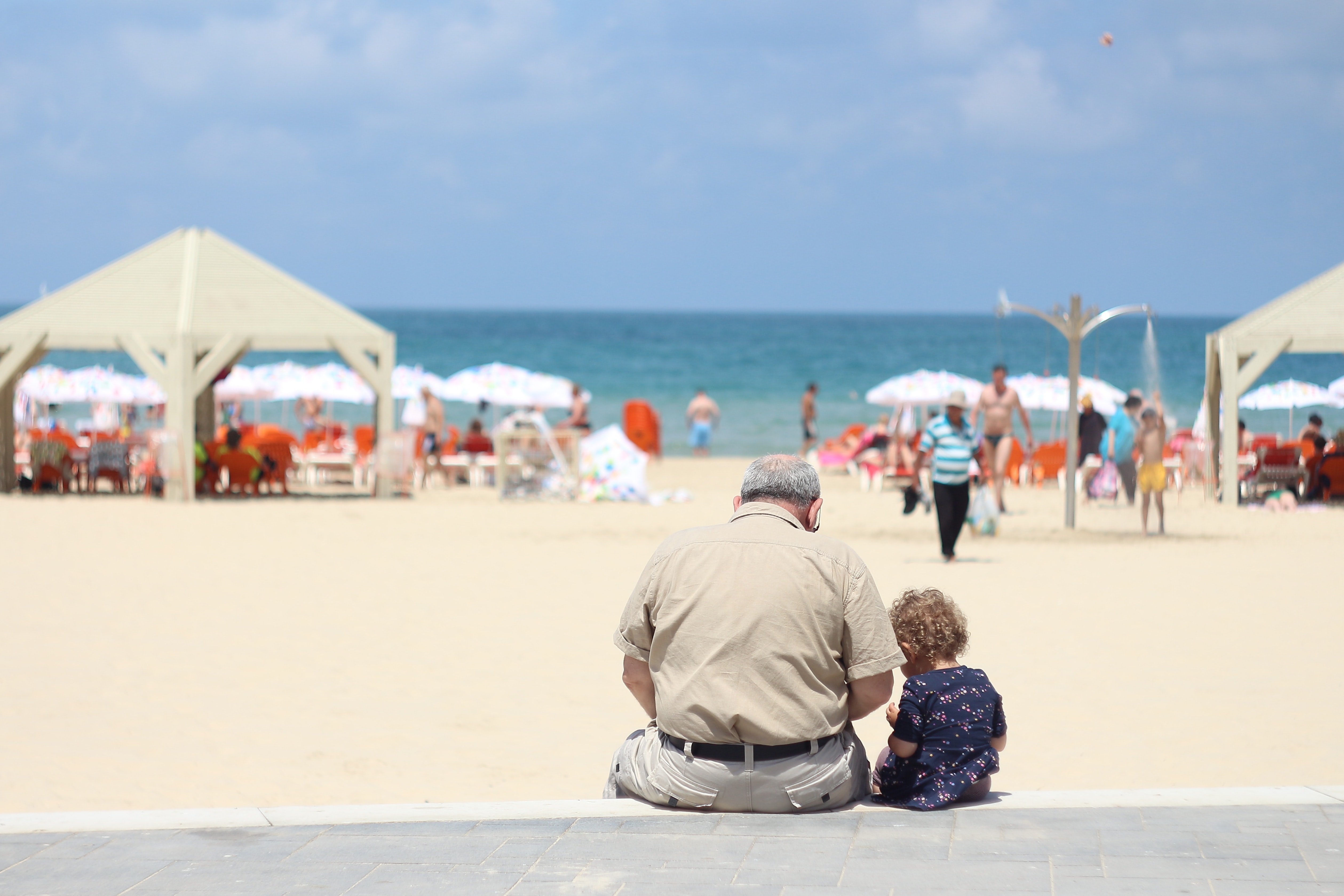 According to the latest Eurostat population projections by NUTS 3 region, the 4 to 18 age group is likely to shrink by 3 million between 2020 and 2030, and a further 4 million, or 5 %, between 2030 to 2040. The majority of EU regions are facing falling numbers, with particularly large reductions (at least -15 %) forecast in most regions in Finland, France, Spain, Italy, Greece and Romania.

However, as can be seen on Map 1, not all regions are likely to experience such a decline over the next decade. In fact, many regions in Austria, Czechia, Germany and Sweden will probably see an increase in the population of this age group, while growth in several urban regions in Germany and the regions of Prague, Bratislava and Krakow is likely to increase by more than 10 % over the decade. 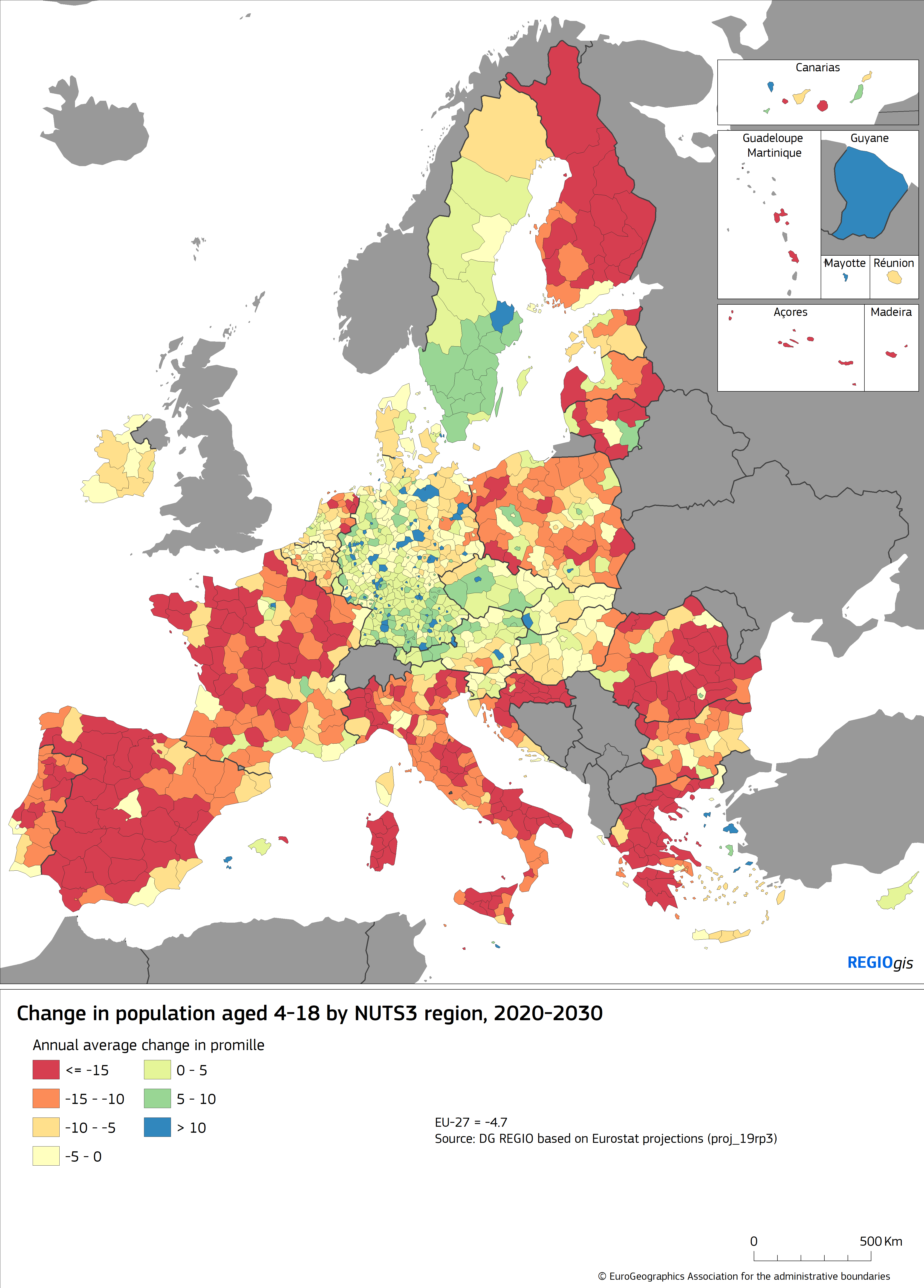 Such rapid changes in the number of schoolchildren will mean that some regions will need more schools, while others may have to combine or cut the number of classes or even close schools. Consequently, in rural regions, where the population is more dispersed, closing a school may lead to longer journeys to the nearest school for the remaining children in the region.

Focus on healthy and active ageing

Eurostat is also projecting that the population aged 65 and older in NUTS 3 regions will increase by 16 million between 2020 and 2030 which is a significant rise of 18 %. In the following decade, this group is likely to grow by a further 15 million. This increase is fuelled by longer life expectancy and a larger population in the 45 to 64 age group.  In 2020, 125 million were aged between 45 and 64, which is an increase of 20 million compared to that age group in 2000. In other words, 20 million more people will turn 65 in the next 20 years as compared to the previous 20 years. In 2002, life expectancy at birth in the EU was 78 years compared to 81 in 2019, which leads to more people 65 and older.

The projection shows that this age group will grow in virtually all NUTS 3 regions (see map 2), shrinking in just 30 out of 1 169 regions. These 30 regions – mainly in Bulgaria and Romania – are facing rapid declines in population with negative natural growth and net out-migration.

Furthermore, the growth in the population in this age group is high both in regions with a relatively young population – for example, Irish and Polish regions – and those with a relatively old population – for example, Spanish and German regions. The growth forecast for the 65+ age group highlights the importance of active and healthy ageing to ensure that people live longer in good health and can continue to live independently. This may also limit the amount of additional health care needed to support this growing population.