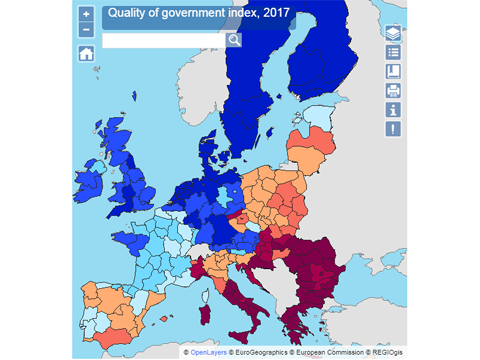 The European Quality of Government Index (EQI), 2017 edition, developed by the Quality of Government Institute of Gothenburg University, is the only measure of institutional quality available at the regional level in the European Union. Institutional quality is defined as a multi-dimensional concept consisting of high impartiality and quality of public service delivery, along with low corruption. Funded by the European Commission in 2010 and then again in 2013 and 2017, the EQI aims at capturing average citizens’ perceptions and experiences with corruption, and the extent to which they rate their public services as impartial and of good quality in their region of residence.