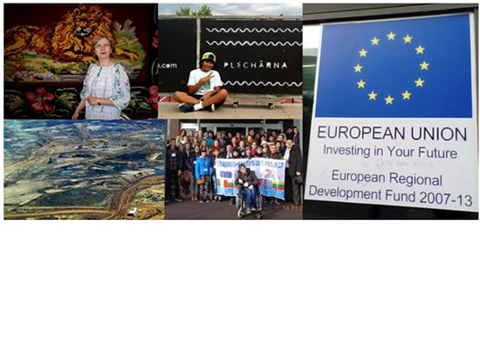 After combining the three Judges’ scores (see what they looked for) with figures from website ratings, traffic and social analytics, the results are in.

Close behind was Claudia Shute with Inte(gr)SKate: From Iraq to Plechárna, which actually scored highest with the judges, and also did very well in the website ratings.

We had originally planned only three "Judges' Winners", but third place was tied between :

They both had almost identical Judges' scores and website ratings, with Dennis getting better traffic and Madeleina scoring higher on social. So both are coming to Brussels!

Finally, the "People's Choice" (not shortlisted for the jury) was Iulia Balasa with Description of the Erasmus+ project, which scored the highest website rating and did well on social media.

As set out earlier this year, all five winners will now be invited to Brussels for the European Week of Regions and Cities (9 – 12 October), where they’ll be given free mobile and storytelling journalism training before joining the media programme as accredited journalists.

Our thanks to all the bloggers who participated in the competition!