The website of the Directorate General for Economic and Financial Affairs has moved.

You will find all publications issued after July 2015 on the new web presence.

Quarterly report on the euro area 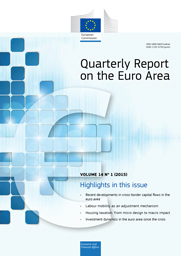