Graph of the week: The potential GDP gains of structural reforms in Europe 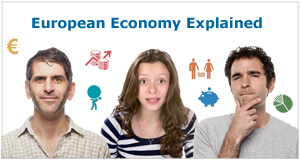 Quarterly report on the euro area