Spacing tokens are used to consistently apply margin and padding across elements, components and layouts. With a set scale for spacing, information can be structured to have a consistent and intuitive user interface across the website.

For spacing tokens to be able to conform in the baseline grid and contribute to the vertical rhythm, all sizes must be multiples of 4px. A vertical rhythm starts from a baseline and it’s the basis for everything from the font sizes, line height and image sizes. The spacing tokens always referring to fixed values and thus they are not responsive. All spacing tokens can be used as values for both margins and paddings.

Space is used to create hierarchy and visual relationships. By using the space tokens, you can achieve visual grouping and other associations both between and within the components. Along with the typography system, they contribute to an overall visual hierarchy, providing users with a structured way of organising information. 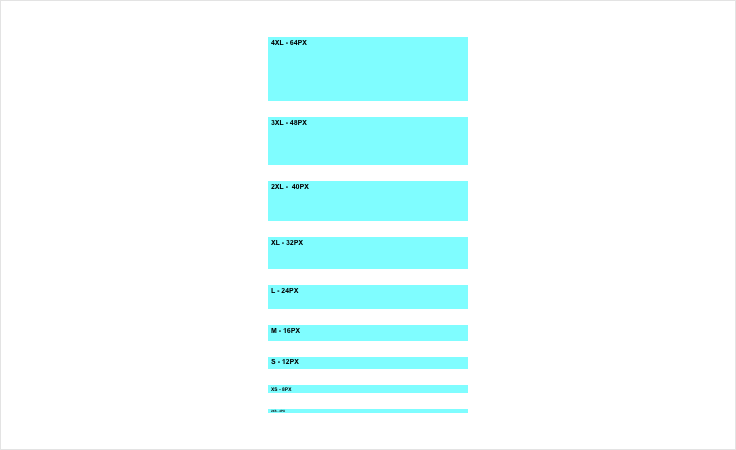 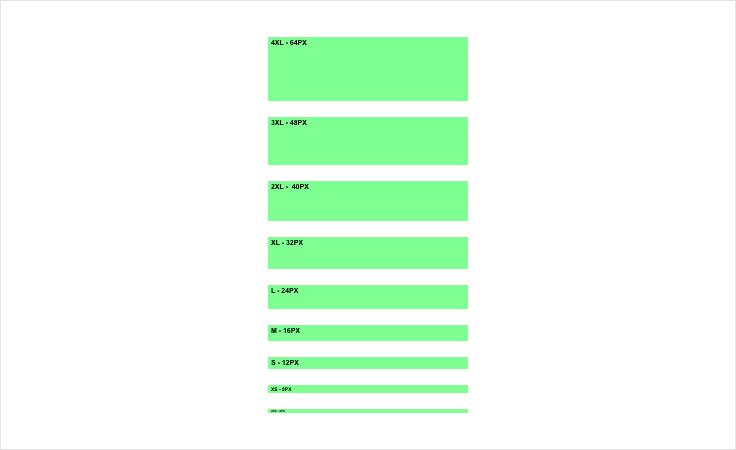 When not to use