The Commission has published the 2022 edition of the Employment and Social Developments in Europe (ESDE) review.

Amongst other findings, the report shows young people were among the most negatively affected by job losses during the economic crisis triggered by the COVID-19 pandemic. It also shows that the recovery was slower for them than for other age groups. Possible explanations are linked to their high share of fixed-term contracts and difficulties in finding a first job after leaving school, university, or training.

The new report helps identify and underpin the employment and social policies needed to address the challenges young people are facing to become economically independent, in the face of a worsening socio-economic situation due to Russia's invasion of Ukraine.

The annual Employment and Social Developments in Europe review prepared by the Directorate-General of Employment, Social Affairs and Inclusion provides up-to-date economic analysis of employment and social trends in Europe and discusses related policy options.

It is the European Commission’s analytical flagship report in the area of employment and social affairs, mandated by Articles 151, 159 and 161 of the Treaty on the Functioning of the European Union (TFEU).

Chart 2: Probability of being a NEET (pps) 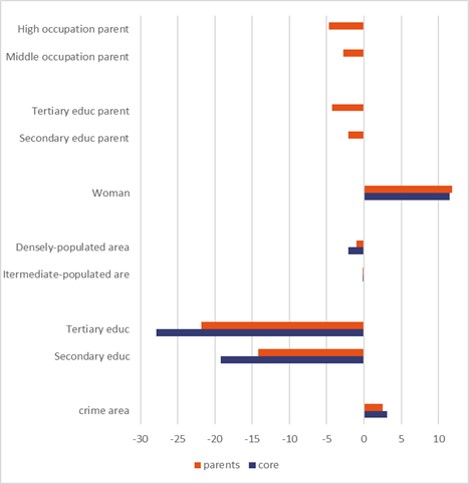 Note: Marginal effects (in pp) of probit regression with respect to the missing outcome of the variables. Model includes age and country dummies. Young people aged 25 to 29

Chart 3: Impact of high parental background on the probability of being a NEET 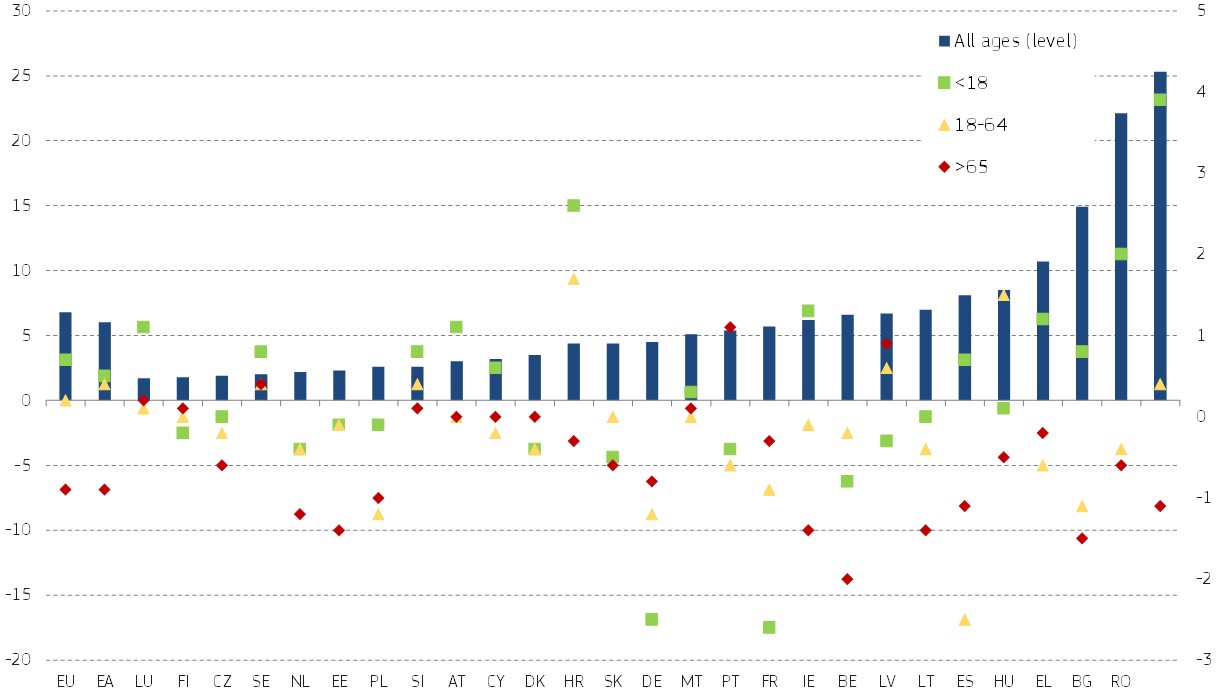 Note : Note Germany has a break in time series.

Chart 7: Indicator of inequality of opportunity (absolute): relative contribution of circumstances. 2005, 2011 and 2019

Note: The indicator of inequality of opportunity is the MLD of the estimated distribution of household disposable income determined by external circumstances: gender, parental occupation, parental education, country of birth and family composition. Bulgaria, Romania and Croatia data not available in 2005.

Source: DG EMPL and external collaborators' calculations, based on EU-SILC 2005, 2011 and 2019 ad-hoc modules on intergenerational transmission of disadvantages.

Note: ‘School-age population’ refers to 4-17-year-olds. School closure statuses defined as: i) Closed due to COVID-19: government-mandated closures of educational institutions affecting most or all of the student population enrolled from pre-primary through to upper secondary levels [ISCED levels 0-3]; ii) Academic break: most schools across the country on scheduled breaks, with all study suspended; iii) Fully open: classes held exclusively in person in most schools, with measures to ensure safety and hygiene varying by context and level of education; iv) Partially open: schools are (a) open/closed in certain regions only, and/or (b) open/closed for some grade levels/age groups only, and/or (c) open but with reduced in-person class time, combined with distance learning (hybrid approach). Data for Ireland and Slovenia not available at the time of writing.