Why future homes could be made of living fungus

This article was originally published on 14 January 2021. In&nbsp;the summer of&nbsp;2014 a strange building began to take shape just outside MoMA PS1, a contemporary art centre in New York City. It looked like someone had started building an igloo and then got carried away, so that the ice-white bricks rose into&nbsp;huge towers. It was a&nbsp;captivating sight, but&nbsp;the truly impressive thing about this building was not so much its looks but the fact that it had been grown.&nbsp;
By  Caleb Davies
Scientists are exploring the possibilities of turning mycelium, the fungus that produces mushrooms, into a new type of building material. Image credit - Rob Hille/Wikimedia, licensed under CC SA3.0

The installation, called Hy-Fi, was designed and created by The Living, an architectural design studio in New York. Each of the 10,000 bricks had been made by packing agricultural waste and mycelium, the fungus that makes mushrooms, into a mould and letting them grow into a solid mass.

This mushroom monument gave architectural researcher Phil Ayres an idea. ‘It was impressive,’ said Ayres, who is based at the Centre for Information Technology and Architecture in Copenhagen, Denmark. But this project and others like it were using fungus as a component in buildings such as bricks without necessarily thinking about what new types of building we could make from fungi.

That’s why he and three colleagues have begun the FUNGAR project – to explore what kinds of new buildings we might construct out of mushrooms.

Mushrooms might sound like an outlandish building material. But there is certainly good reason to drastically rethink construction. Buildings and construction are responsible for 39% of anthropogenic carbon dioxide emissions – and a whopping 21% of those emissions come just from the making of steel and concrete. Construction also uses vast amounts of natural resources. Take sand, one of the principal ingredients in concrete. It takes a special sort, with just the right roughness, to make concrete. These days it is a lucrative commodity and controlled in some parts of the world by sand mafias and stolen by the boatload from islands.

Such troubles are set to worsen over the next decades as the world’s population grows faster and gets wealthier. We need a lot more homes and if you do the maths, the amount we need to build is staggering. ‘It’s like building a Manhattan every month for the next 40 years,’ said Ayres, borrowing a line from Bill Gates.

Can fungi really help? Absolutely, says mycologist Professor Han Wosten at Utrecht University in the Netherlands. Fungi are not consumers of CO2 like plants are. They need to digest food and so produce carbon dioxide, like animals do. However, the organic waste streams (such as straw or other low value agricultural waste) that the fungi digest would be degraded to CO2 anyway, either by composting or burning. Plus, fungi bricks permanently fix some of that waste inside them and so act as a store of carbon. All this makes fungi buildings a climate win – and certainly miles better than using concrete, steel and bricks. 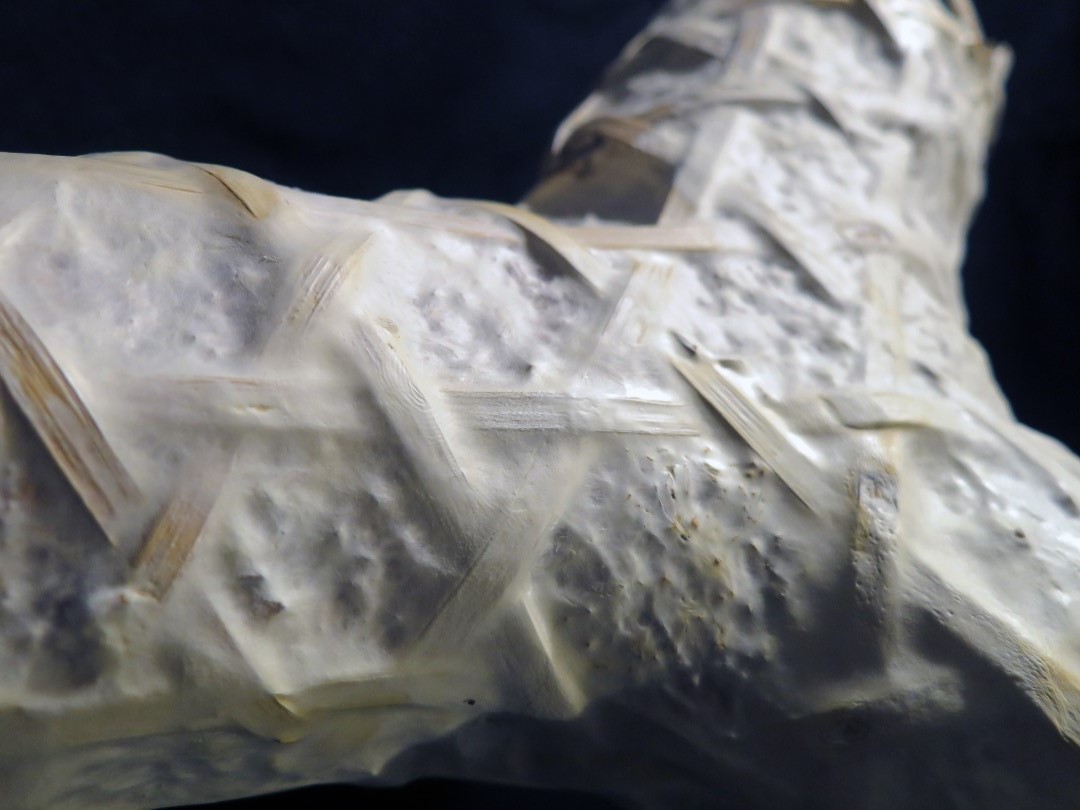 The mycelium composite can be grown over a woven scaffold for a period of 7-10 days, eventually encasing the structure. Image credit - FUNGAR/CITA, 2019-2020

The FUNGAR project began in late 2019 and so far Prof. Wosten has been experimenting with how to make building materials. At Prof. Wosten’s lab in Utrecht, the team have been combining mycelium, the ‘roots’ of fungi, with agricultural waste such as straw. Then they allow the fungi to grow for about two weeks, until the fungus has colonised the straw. This binds the straw together, producing a white-ish foam-like material. Then they heat-treat it to kill the organism. They can also process it, for example by applying coatings or by squashing it. ‘If we press it we can get a material like hardboard,’ said Prof. Wosten. By varying the type of fungi and agricultural waste, the growth conditions and the post-processing, Prof. Wosten says they are getting all sorts of candidate building materials with different mechanical properties.

‘It’s very early days to start saying your house will be made entirely of fungus,’ said Ayres. But parts of it already can be. Mogu, a company based near Milan in Italy, already produces and sells sound-dampening velvet-textured wall tiles and floor tiles based on mycelium foam. The company’s chief technology officer Antoni Gandia is another FUNGAR project partner. He said that Mogu is also developing mycelium-based insulation material for buildings.

Ayres is hoping that the FUNGAR project will go way beyond just using fungi-based products as components in existing building designs. He wants to think about what entirely new kinds of building might be made from fungi. Foremost in his mind is building with living fungus.

‘It’s very early days to start saying your house will be made entirely of fungus.’

There are two principal advantages to this. First, living fungus might behave as a self-healing material, simply re-growing if it becomes damaged. Second, mycelium networks are capable of information processing. Electrical signals run through them and change over time in a manner almost akin to a brain. ‘We’ve discovered that fungal materials respond to tactile stimulation and illumination by changing their patterns of electrical activity,’ said Prof. Andrew Adamatzky at the University of the West of England in Bristol, UK, who is coordinating the project with Ayres.

The idea is that perhaps the very structure of a mushroom building might sense and respond to its environment independently. It might for instance sense when CO2 levels from the mycelium are building up and open the windows to release the gas, according to Gandia.

Building with living mycelium will be a big challenge. This is because the longer it grows, the more of the substrate material – the straw, or whatever waste – it decomposes. Since the straw gives the materials their structural integrity, allowing the fungi to grow for too long isn’t desirable. There may be ways around this though. Depriving the fungi of water puts it into a dormant state: alive but not growing. And so one of Ayres’ ideas is to construct walls with two layers of dead fungus enclosing a layer of living fungus inside. This set up would shut out water from the inner layer, keeping the fungus there dormant. 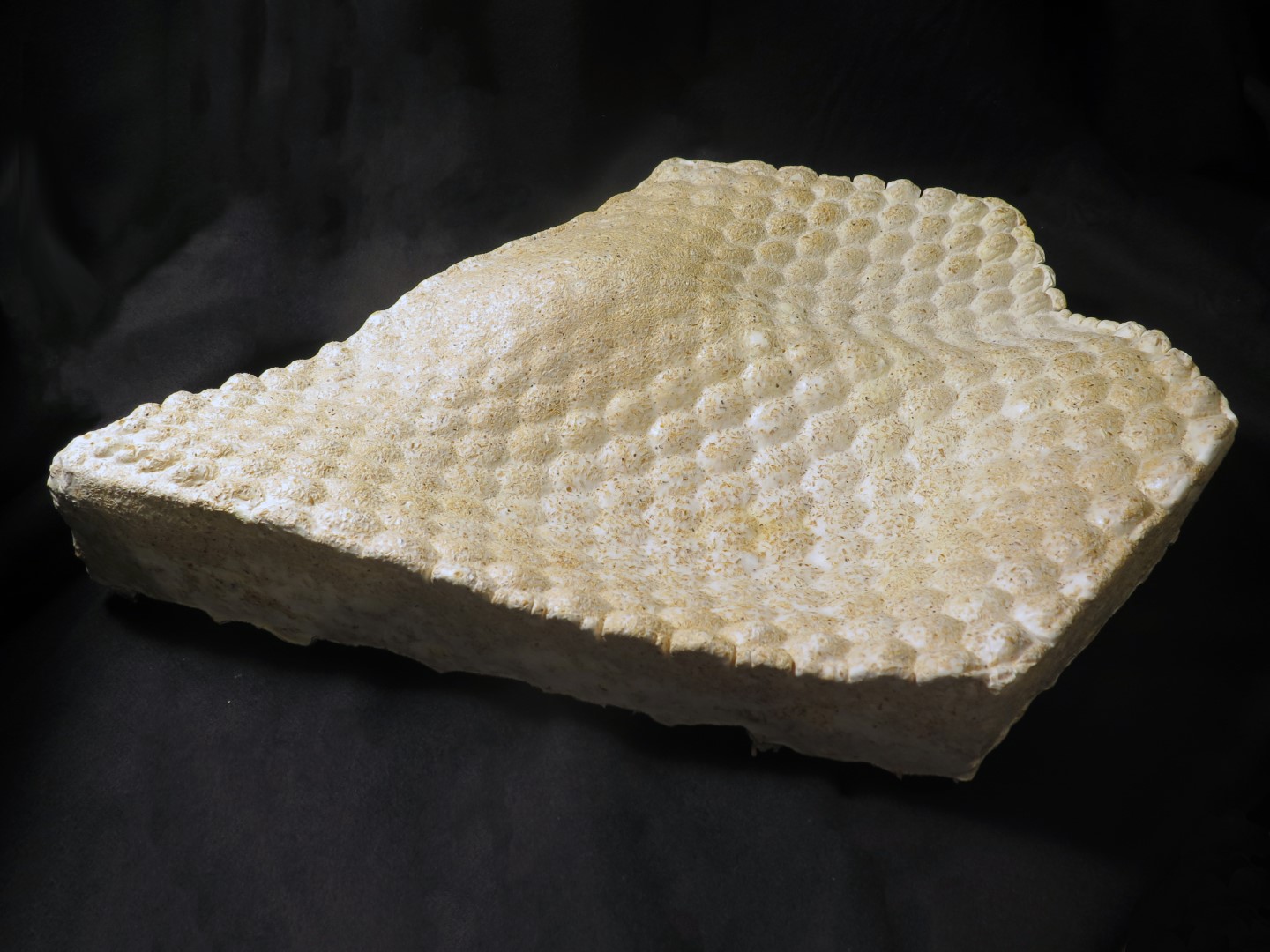 Mycolite panels are made by pouring the composite into a mould. Image credit - FUNGAR/CITA, 2019-2020

One of the few other people who have explored working with fungi in construction is Jonathan Dessi Olive at Kansas State University in the US. He says that working with living mycelium is a very interesting new idea because it offers the possibility of the building being able to heal itself. But for him the real attraction of what he calls ‘myco-materials’ is that they ‘give us a way of reshaping how we think about the permanence of architecture.

‘What if some – not all – of our buildings were meant to only last a couple of years and could thereafter be recycled into shelter, food, or energy?’ he said.

The next major goal for the FUNGAR project is to build a small, freestanding building. They plan to pull that off within a year and then spend time monitoring it as it ages. It is crucial, says Ayres, to be able to monitor the living structure and see how it changes. It isn’t yet clear exactly what sorts of structures might end up being made from fungi, but they will probably start small. ‘I wouldn’t be crossing a bridge made of fungi, would you?’ joked Prof. Wosten.

You might be wondering what happened to Hy-Fi, that igloo-like structure in New York. The answer points to one of the most beautiful things about mycelium buildings. No wrecking ball or slow decay for them. It was taken down and composted.

This article was originally published on 14 January 2021.

ICT  |  Security
European cybersecurity is getting its own legs to stand on
With cyberattacks on the rise against everything from businesses to critical infrastructure, companies, governments and researchers are joining forces to strengthen firewalls. 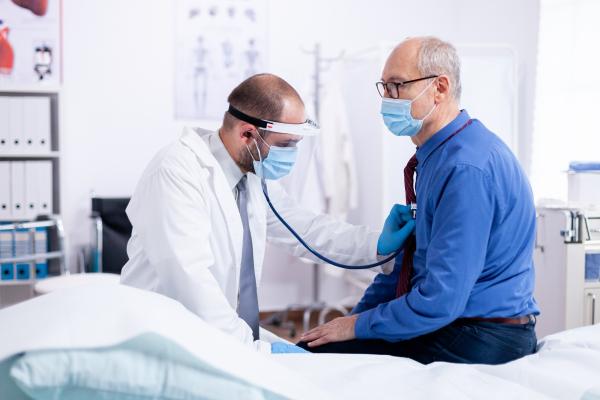