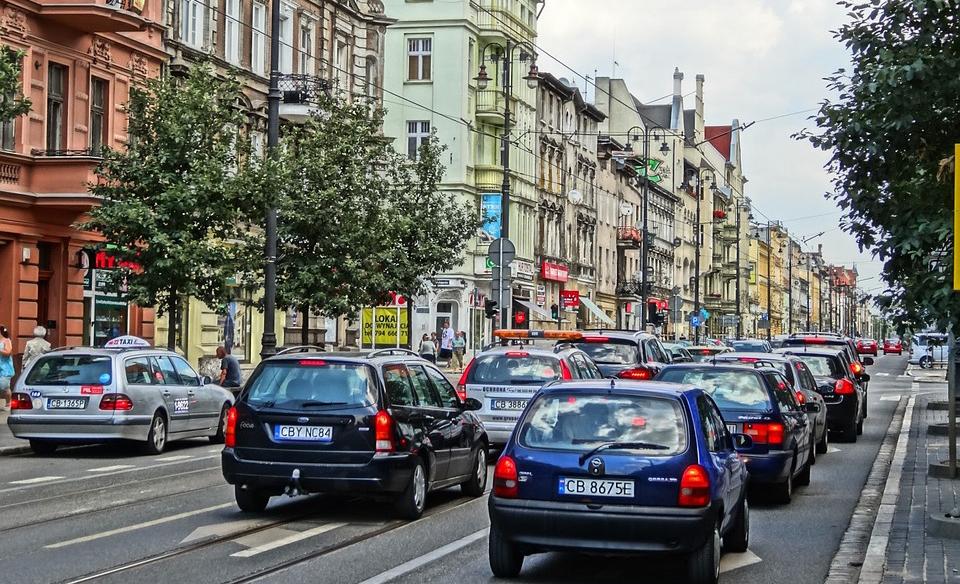 As many as 6.5 million premature deaths every year are attributed to air pollution, according to the World Health Organization. Image credit – Public domain

An air quality study has for the first time detected nano-sized particles of air pollution in children’s urine. With a diameter of just 100 nanometers - a thousandth of the width of a human hair - these ultrafine particles are the smallest particles found in air pollution and have been linked to heart disease and respiratory conditions in previous studies.

The research provides the first direct evidence that some of the particulate matter known as black carbon that we inhale in soot and fumes is making it across the lung barrier and into the body’s circulatory system.

The discovery, and the development of the first urine test for UFP, means that researchers can now tell how much internal exposure an individual has had to one of the most worrying pollutants, black-carbon nanoparticles.

It is difficult to measure how much exposure an individual has received, so most studies of its prevalence and effects are done by mapping pollution levels in an area onto rates of population ill health.

Black carbon is known to have the potential to cause cancer and it is a major component of air pollution. It is produced from the likes of hydrocarbons used in diesel engines and the burning of coal and agricultural fields. Globally, the World Health Organization estimates as many as 6.5 million premature deaths per year are attributable to air pollution.

Professor Tim Nawrot, an environmental epidemiologist at the Centre for Environmental Sciences at Hasselt University in Belgium, and colleagues, have discovered a link between environmental air pollution and life expectancy by studying the DNA of newborn babies. In particular, they have analysed segments of DNA called telomeres, the length of which is linked to ageing and cell death.

The work was part of the ENVIRONAGE project, funded by the EU’s European Research Council (ERC), to examine the link between environment and ageing. The next step was to find out whether ultrafine particles of air pollution had crossed from the lung into the blood and, to do so, the researchers took urine samples from 300 children aged 9-12 living in a rural area of Belgium.

Together with Professor Marcel Ameloot a biophysicist at Hasselt University, they developed a new technique to analyse these samples which is now the subject of a patent application. The samples are illuminated with a laser that emits very short pulses of light, and then the carbon nanoparticles emit light which can be detected using a laser scanning microscope.

Once the researchers had demonstrated that their technique could be used to detect nanoparticles of black carbon, they assessed the urine of the 300 children – and discovered that the closer a child was living to a main road, the more black carbon they had in their urine.

The lungs are lined with a membrane that allows oxygen to diffuse through them and into the blood, but which has historically been thought to prevent the passage of other substances and small particles, so that air pollution is filtered out. However, this is now in question.

‘It shows that the smallest particles really pass the lung barrier and if you find them in urine it means that they come into the blood circulation and go into every organ system,’ said Prof. Nawrot. Although previous lab research has found radioactively labelled carbon nanoparticles in the blood, it did not demonstrate they could pass into the body in real-life settings when people have long-term exposure to low concentrations.

‘If you find (nanoaparticles) in urine it means that they come into the blood circulation and go into every organ system.’

At the moment the test is expensive and time-consuming but the team is working on a more affordable test and the work may lead to recommended exposure levels for black carbon.

In another attempt to precisely measure environmental pollution, the ERC-funded Mobilisense trial is kitting out 1,000 Parisians with an array of portable monitors to wear as they conduct their daily journeys.

Activity is seen as key to improving health in a sedentary world, and in recent years the importance of our daily travels as a source of physical activity has been recognised, says Dr Basile Chaix, director of research at the Pierre Louis Institute of Epidemiology and Public Health in Paris, France.

The problem with getting people out of their cars and onto the street is that it may increase their exposure to fumes and noise. People spend up to a tenth of their time travelling but travel accounts for almost a third of their exposure to pollutants, he says.

Dr Chaix aims to provide fine detail about travel and health that urban planners can use to work out how best to create a landscape in which people move around healthily, getting as much exercise as possible with minimum exposure to noise and air pollution.

In research already completed, commuters in one area wore sensors that measured their activity, to gauge the effects of improving public transport. The scientists found that using public transport was associated with two to three additional minutes of physical activity per 10 minutes of trip, compared with doing the same journey by car.

In a simulation, however, Dr Chaix demonstrated that a minority of commuters switched from walking to the improved public transport and thus actually reduced their physical exercise.

By recording data on smartphones, the new research employs an approach known as ‘ecological momentary assessment’ – assessment that is performed on-site, moment-by-moment.

‘We really want to push behavioural sciences one step further,’ said Dr Chaix, adding that it is moment-by-moment analysis of the individual that could transform studies of health.

The future of fashion is woven with planet-friendly fibres made from textile waste.
END_OF_DOCUMENT_TOKEN_TO_BE_REPLACED