Transparent wood: the building material of the future? 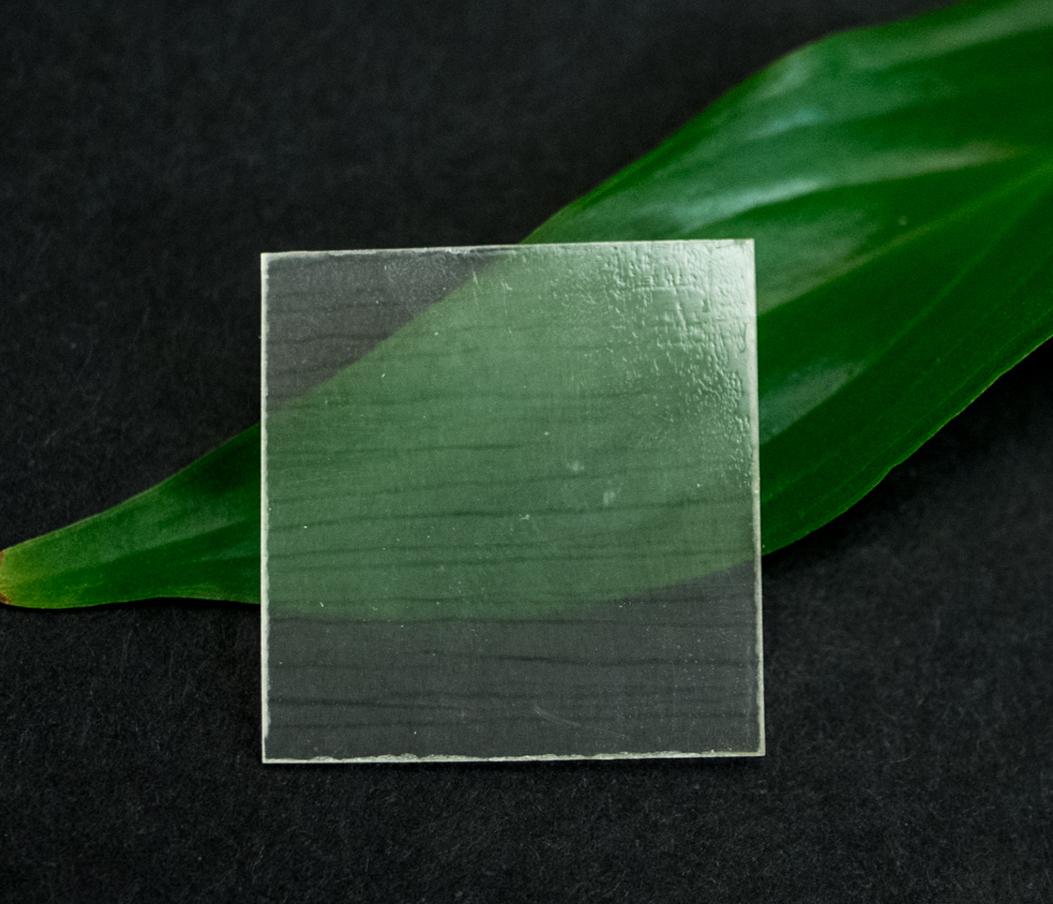 Transparent wood is created by stripping out lignin from wood and replacing it with a polymer. Image credit - WILEY‐VCH Verlag GmbH & Co. KGaA, Weinheim, licensed under CC BY-NC-ND 4.0

When Timothée Boitouzet studied architecture in Japan, where buildings need to survive earthquakes, he realised the next smart material might be one that humans have used for thousands of years – wood.

‘In France, we build more with concrete and stone than wood,’ he said. ‘When I was exposed to Japanese building culture, I realised how you could build fantastic structures with wood. This material that we considered an old material, without innovation, was actually super smart. This got me excited about wood.’

In 2016, Boitouzet founded material science company Woodoo in Paris, France, which retrofits timber to give it new properties. His focus is on transforming the construction industry through replacing steel with wood, for example. Unlike other construction materials, such as stone or concrete which contains sand, wood is a renewable resource, making it an attractive sustainable building material, Boitouzet said.

Building more with trees could also help curb the construction industry’s large carbon footprint, which is accelerating climate change. A recent report by the World Green Building Council estimates that 11% of global carbon emissions come from materials and construction processes throughout the building lifecycle. As trees contain carbon, using wood in buildings is a way of storing carbon.

Wood, however, can be used for more than support pillars. By selectively extracting wood’s lignin – the substance that makes up its cell walls – and replacing it with a specific type of polymer, it becomes a new material. ‘(This wood) is weather-proof, more fire resistant, three to five times stronger, and transparent,’ Boitouzet said.

The optical properties of the polymer are matched to that of the wood so that light does not bend when it moves through the augmented wood. Instead, it passes through. This transparency opens up a wide range of possibilities.

So far, automotive companies are the ones that have shown the most interest in his augmented wood.

Currently, through a project called Woodoo Augmented Wood, the company is working on integrating electronics into its touch-sensitive wood, through collaboration with industry partners. The material, which transmits light, will become wooden panels for ‘tactile dashboards’ in cars, Boitouzet says.

Woodoo sees the automotive industry as a gateway to get its products to market, while introducing wood products that are lighter and produce fewer emissions than traditional panels. 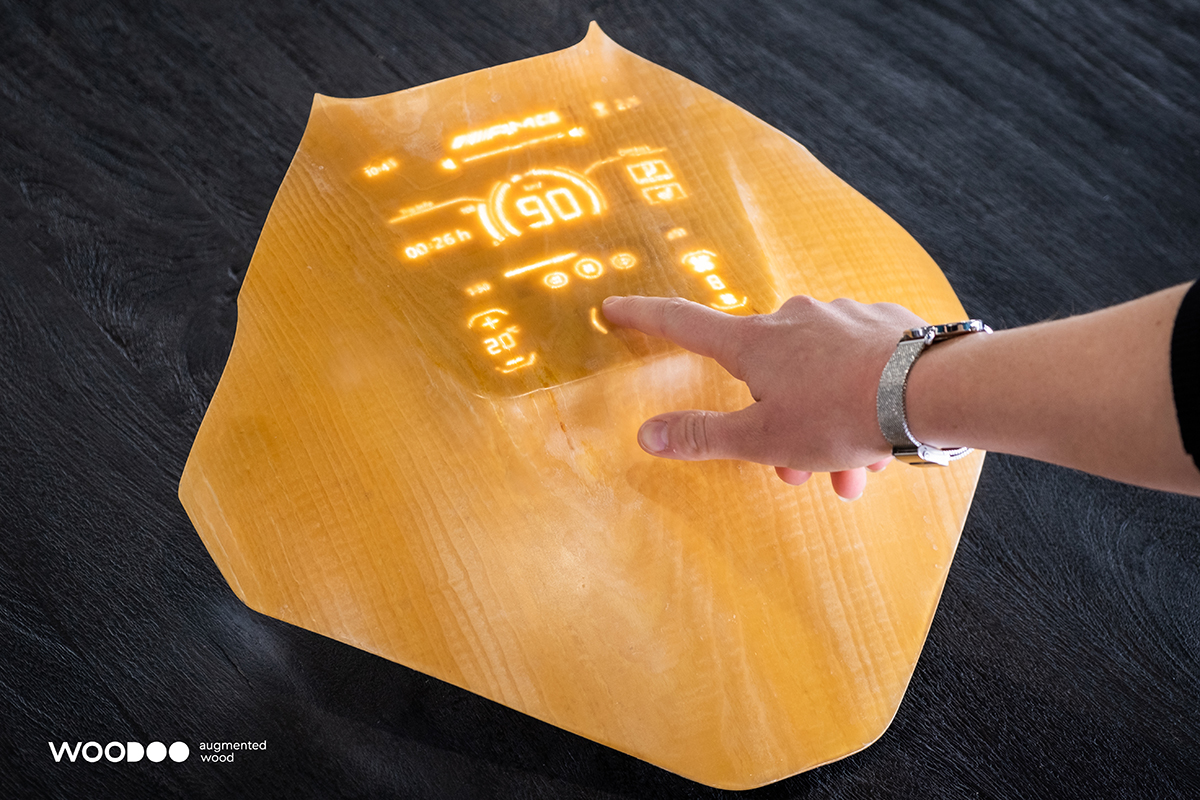 Boitouzet is not the only one excited by the possibilities that wood offers. Lars Berglund, a professor in wood and wood composites at the KTH Royal Institute of Technology in Sweden, has discovered that there are many uses for transparent, strong wood.

‘It’s a difficult area to be original in because people have worked on wood technology for hundreds of years,’ said Prof. Berglund, who heads up the WoodNanoTech project. While other research has mainly been trying to address its shortcomings, such as its sensitivity to water, he and his team have focused on other characteristics of wood.

‘We have been able to free ourselves from that limitation and look at new possibilities that have not been considered so far,’ he said. Their focus is on using transparent wood for engineering applications.

Prof. Berglund uses wood as a template for nanotechnology by – like Boitouzet – stripping out the lignin, introducing an optically-compatible polymer, and adding other technology to broaden its functionality.

The application that excites Prof. Berglund the most is embedding quantum dots in wood to create light-emitting diodes (LEDs), because he suspects it could be the application that will allow the team to break into the commercial market. ‘The idea is that your ceiling would be a wood panel, and the wood panel would have this LED function, so you can have indoor lighting directly from the ceiling,’ he said.

Unlike a point-source light, the transparent wood’s light is diffuse, making it more natural and easy on the eye, Prof. Berglund says. Quantum dots are a collection of semiconductor atoms, a few nanometres wide, which fluoresce when exposed to UV light. These panels are just one of the many applications that WoodNanoTech has devised for their transparent wood.

The wood may also form the basis for electrochromic windows. These ‘smart windows’, which are painted with a thin layer of polymer, can block out light when electricity is run through them.

Prof. Berglund believes that this next-generation wood also has a place in the energy sector. ‘We can improve the efficiency (of solar cells) because the scattering of the light (inside the wood) means that the path of the (light) is longer, so you can absorb more energy,’ he said.

‘We start with the wood, make it load-bearing, and then integrate (nano) technology with other functions,’ Prof. Berglund said.

The main challenge for new technologies is scalability, and next-generation wood is no exception. ‘How do you scale from lab processing, where you have close control over your nanostructure, to something that can be done on an industrial scale?’ Prof. Berglund asked, adding that they are looking for commercial partners. This can be difficult for academic research projects. 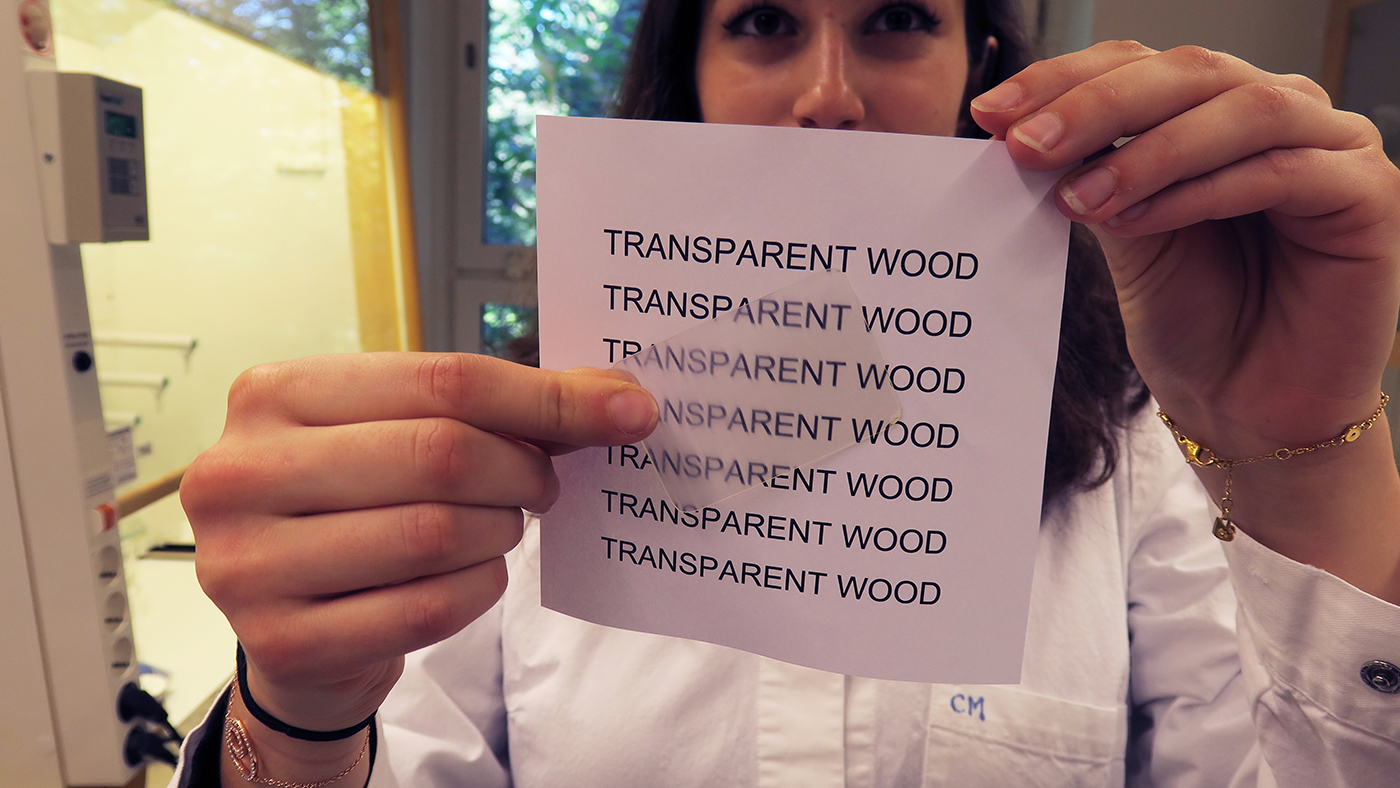 For Woodoo’s Boitouzet, the fact that their company already has industry partners allows them to increase production. Currently, they produce 5,000 square metres of augmented wood per year – which is about three-quarters of a football pitch – and are now aiming for 300,000 square metres a year.

Luckily, timber for augmented wood is easy to source.

There are already many places where they can acquire wood, Boitouzet says. Woodoo uses beech, pine, and poplar, among others, while Prof. Berglund’s research team retrofits balsa and is turning its attention to birch.

The next step for Prof. Berglund is to make his modified wood more environmentally friendly. One way to do this would be to retain as much of the lignin as possible, instead of discarding it. ‘If you remove it, you’re adding a chemical step which is going to cost energy, require solvents,’ he said. Using more lignin also means retaining more carbon in buildings.

Right now, his team is focusing on using a greener polymer in the materials. ‘So far, we have used petroleum-based polymers to impregnate the wood, but we’re working very intensely now to use a bio-based polymer,’ he said. That would secure next-generation wood’s position as a building material of the future.

A better understanding of how sand behaves in the wind should help protect tracks and trains.
END_OF_DOCUMENT_TOKEN_TO_BE_REPLACED

Cancer research needs to change so that cancer treatment can become truly personalised, according to Professor Martine Piccart.
END_OF_DOCUMENT_TOKEN_TO_BE_REPLACED