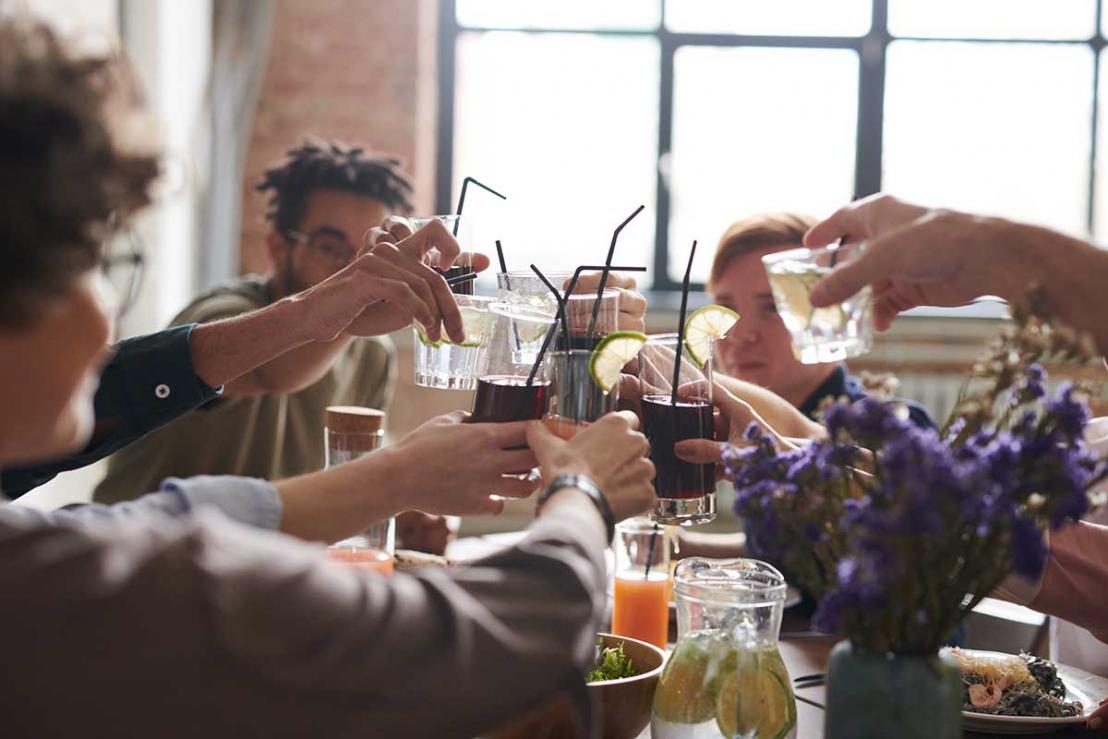 Researchers are collecting longer term data to investigate how social skills develop - or weaken - over a lifetime. Image credit - Fauxels/Pxhere

Training programmes to improve people’s social and cognitive skills should target people in their late 30s and early 40s as these abilities start to decline earlier than previously thought, according to researchers who are looking at how social abilities change over time.

It’s part of a field of work to collect long-term data on how social skills develop – or weaken – and what can be done about it. While a wealth of research exists on how humans and other animals socially bond, the difficulty of tracking how this changes over the course of entire lives, or even between generations, means studies on that are rarer.

What we’ve known until now has often been in ‘isolated snippets’, says Professor Heather Ferguson, a researcher in cognitive psychology at the University of Kent in the UK. That means it’s been hard to pinpoint exactly when age-related changes in different social skills take place. But as societies age, it is increasingly crucial to know what these changes mean for wellbeing, according to Prof. Ferguson. ‘Once social abilities decline, people can start to feel lonely and depressed, which can then have a big impact on physical health,’ she said.

Prof. Ferguson is principal investigator on CogSoCoAGE, a wide-ranging project conducting in-depth studies on hundreds of people aged all the way from 10 to 90 years to see how social skills change over time. ‘It’s basically a huge “battery” of assessments to look at different aspects of social and cognitive skills in a really diverse way,’ she said.

These cover both lab tests and real-world interactions, ranging from questionnaires to measurements of brain activity and eye movements using glasses fitted with video cameras. Prof. Ferguson is currently repeating tests with people who first did them a couple of years ago to see if there are any changes over time.

One of the key focuses of CogSoCoAGE is to assess the link, as we age, between social skills based on the ability to infer information about others – termed theory of mind – and more general cognitive skills known as executive functions that involve control of behaviours.

Prof. Ferguson’s team has already found that a decline in certain social and related cognitive functions, such as memory, planning and the ability to inhibit impulses, actually begins much earlier than generally thought – in one’s late 30s and early 40s, rather than in old age.

‘(Our results suggest that) if there are training programmes developed (to improve cognitive abilities or well-being), they should be starting earlier than old age,’ she said.

From tracking eye movements, the team found that in one-to-one conversations, older adults tend to spend less time looking at the other person’s face and, instead, look at the background – indicating difficulty engaging with demanding social information.

‘That’s quite important, because if you’re not looking at someone’s face, you’re missing a huge amount of cues about their meaning, intentions and emotions,’ she said.

Similarly, Prof. Ferguson says that older adults tend to spend less time looking at other people when walking around in the everyday world, which could make them less able to interact with others. ‘They’re sort of subtle differences in the way you experience life that can have a massive impact on opportunities to engage in social interaction,’ she said.

So far, the overall results are, perhaps unsurprisingly, complex. Social abilities that rely less on memory or inhibitory skills – such as the ability to understand someone else’s viewpoint – see no decline with age, while others – such as empathy for physical pain – actually show an improvement, says Prof. Ferguson. Conversely, empathy for social pain reduces with age.

The researchers’ studies also looked at whether it’s possible to train underlying cognitive skills to enhance social abilities. They found that any improvement in one type of task had limited correlation with improvements in others.

The project findings could eventually lead to more tailored programmes and apps for well-being, says Prof. Ferguson. At the same time, she says, it should be kept in mind that altering one type of social interaction could also have unanticipated effects on others. In fact, negative impacts could arise from measures such as forcing a person to look at someone else’s face if they find that hard when interacting.

‘Once social abilities decline, people can start to feel lonely and depressed, which can then have a big impact on physical health.’

When looking at someone’s lifespan, one particularly defining period is adolescence. While it’s easy to imagine that adolescent experiences can affect your social behaviour as an adult, could your experiences as an adolescent also affect the social skills of your children?

This is something Dr Tina Kretschmer, a behavioural and social scientist at the University of Groningen in the Netherlands, is exploring in a project that she leads called CAPE. Through it, she is investigating the impact of adolescent social relationships on adult ones.

Dr Kretschmer says that the idea for CAPE stemmed partly from watching a TV programme called The Secret Life of 4 Year Olds. The programme showed how different children at that age already act and integrate very differently into social situations and form hierarchies – suggesting there’s ingrained behaviour even before preschool age.

She got to thinking about how much kids’ social interactions might be affected by parental influence and how much by genetics, and what the long-term effects might be. ‘We see already at that age that some children are outsiders and some are more popular, but we don’t know how it gets there,’ said Dr Kretschmer.

She is building on the extensive data from the TRAILS study, run by a group of researchers from different Dutch universities since 2001, tracking a range of social, psychological and biological information at regular intervals on more than 2,500 young people since the age of 11. Now nearing 30, these former adolescents have themselves started having children, who are being included in the follow-on study, TRAILS Next.

CAPE is carrying out a variety of interviews and interaction tasks with participants in these initiatives, looking not only into intergenerational effects but also how the parents’ own social experiences in adolescence have affected their relationships in later life. This also includes collecting DNA to test genetic transmission of certain traits.

In addition, Dr Kretschmer’s team is planning tests using radio frequency identification, or RFID, trackers to examine how young children interact with each other at a party. These could be used to track, for instance, how long children spend alone, in pairs and in larger groups.

With CAPE currently in the data-collection phase, there are no results yet; however, the team will begin analysing the data later this year.

Dr Kretschmer says the aim will be to ultimately answer questions such as: does genetic predisposition towards social anxiety help explain why both a parent and their child have been bullied at school?  Or is this more influenced by a parent who previously experienced bullying becoming overprotective? ‘We’re trying to disentangle that and find out what’s playing which role here,’ she said.

‘I’m so curious to see what it will be. Will it be more genetic or more about parenting? And how will it all play together?’

Winners of the 32nd edition of the European Contest for Young Scientists explain how reimagining machines can change our future.
END_OF_DOCUMENT_TOKEN_TO_BE_REPLACED