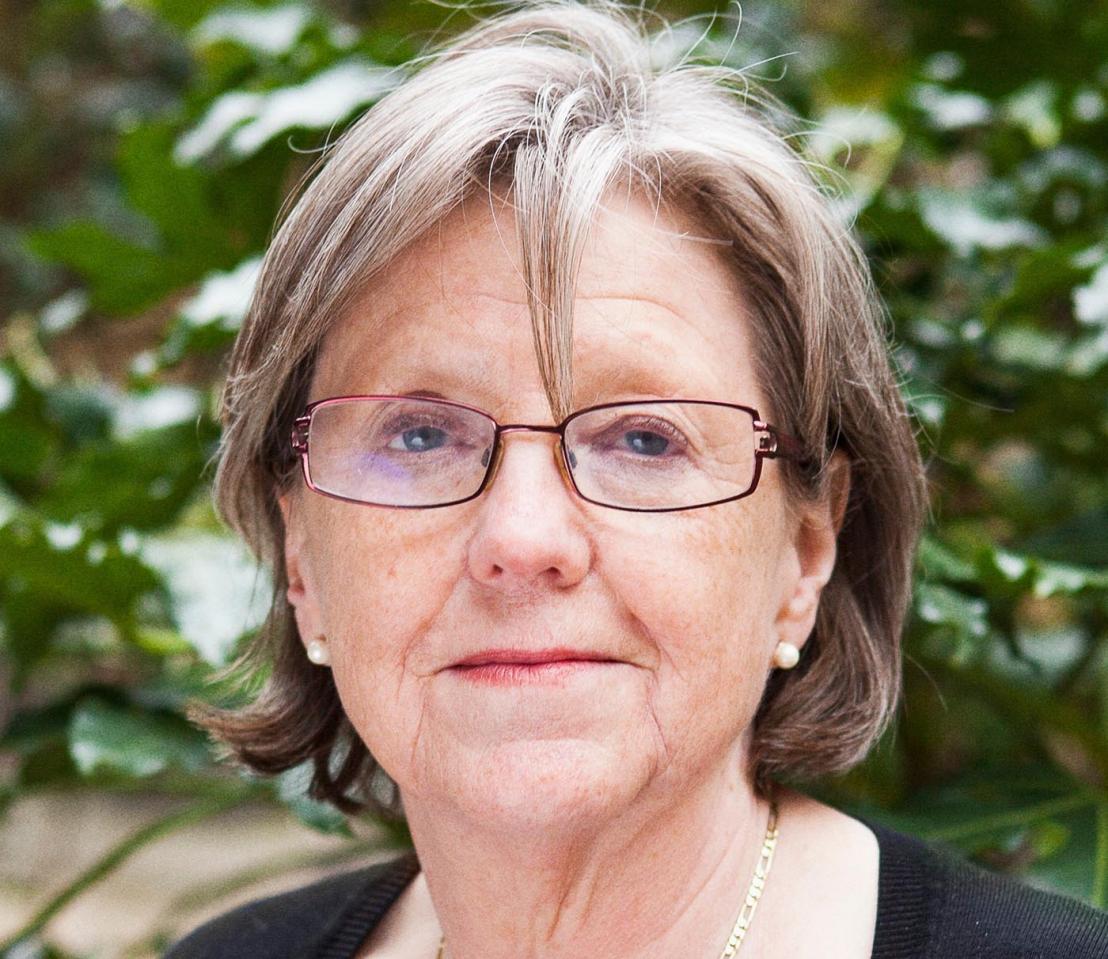 Prof. Mace says that we need to address the food system which is the major driver of biodiversity loss. Image credit - Courtesy of Professor Georgina Mace

Alarming declines in the number of insects, vertebrates and plant species around the world have raised fears that we are in the midst of a sixth major extinction that could cause a collapse of the natural ecosystems we rely upon to survive.

Urgent international action is needed to halt this potentially catastrophic decline in biodiversity, according to Professor Georgina Mace, head of the Centre for Biodiversity and Environmental Research at University College London, UK. While Prof. Mace believes that we’re only on the brink of this extinction, she says the threat is so severe that biodiversity loss needs to be addressed on a global scale in a similar way to climate change.

We’re hearing a lot about biodiversity loss at the moment. What’s the latest situation?

‘The evidence from all of the recent studies … indicates it is increasing. We're losing biodiversity more quickly than we did in the past.

‘If you look at extinction rates, which is hard because you need to be sure something is really extinct, they are probably 100-1,000 times higher than in pre-human times.

‘Another way of measuring (biodiversity) is to look at the abundance of life rather than numbers of species. For vertebrates (birds, fish, amphibians, reptiles, mammals) there is a fairly good estimate that more than 50% of the vertebrate abundance has been lost in the past 50 years. The information for invertebrates and plants is less good, but there is some evidence to suggest insects are declining just as quickly, if not more so. One recent paper showed the mass of insects is falling by 2.5% a year. For methodological reasons, this is likely to be an over-estimate, but there can be little doubt that certain insect groups are undergoing very significant declines.

‘Then we are also losing the interactions between these species.’

Why should we be worried?

‘The diversity of life on Earth is the defining feature of our planet – we don’t know of any other planets that have life on them. We developed and evolved with other species here, and their diversity allows us to thrive. So, it's very reckless to assume that we can do without them and that we don't have some responsibility for all those other species.

‘Then there are some of the benefits of biodiversity that we largely take for granted. These are things like primary production, which is the way plants convert energy from the sun and is the basis for all life on Earth. Wild species break down organic material back into nutrients, so it can be recycled and used again. The water cycle also relies heavily on living organisms.

‘Finally, there is a utilitarian view about the value of nature to us. It provides us with goods and services like pollinating crops, or timber production or novel drugs from tropical plants. If we lose pollinators that are specially adapted to a particular plant, even if we have more widespread invasive pollinators coming in, they may not be able to pollinate that plant.’

'The diversity of life on Earth is the defining feature of our planet.'

What is driving these losses?

‘We can see four main drivers of extinctions due to humans. First we overexploited and ate our way through species like wild grazers such as cattle and many large birds including the dodos. Then there was a second wave caused by invasive species and pathogens transported around by European colonisations.

‘Then, land use change has probably become the dominant problem as we cut down forests and plough up intact grasslands … for agriculture, roads and urban settlements and local pollution causes further threats.

‘The next one coming down the road is climate change. At the moment it is not a major cause of extinctions, but will be in the coming decades.’

Is the focus on climate change overshadowing action on biodiversity loss?

‘I do think it’s been overshadowed, but not unreasonably. It is relatively easy for science to show that climate change will have significant impacts on millions of people.

‘We haven’t been able to pinpoint these urgent problems from biodiversity loss in the same way. Perhaps the loss of pollinators and the impact this will have on food production is the most distinct example we have, but it is still hard to put a finger on what is going to happen and who will be most affected.

‘(But) by treating these two major problems separately, we’ve lost sight of the real wins there could be in addressing them in tandem.’

How could they be tackled together?

‘One of the recommendations from the UN's Intergovernmental Panel on Climate Change is to restore vegetation and plant new vegetation that is efficient at drawing carbon out of the atmosphere or storing it in the soil. So, that could be by planting new forests or maintaining mangroves, seagrass beds and existing forests.

‘Maintaining intact tropical and temperate forests does a lot for climate mitigation. It also does a lot for soil quality, for flood regulation and does a lot for biodiversity. Treating them together has many win-wins for people and nature that we are not seeing in the policy responses at the moment.’

What else can be done?

‘The obvious thing to do is to address the main driver of biodiversity loss, which is the food system. At the moment, there is a concern about whether we're going to be able to feed a world of 10 or 12 billion people, particularly when we are facing climate change and losing biodiversity.

‘The policy responses at the moment deal with food through intensive agriculture, biodiversity with protected areas, climate with emissions reductions mainly in industry. We're missing that sweet spot of using the landscape in a way that would achieve multiple goals.

‘For example, you might have landscape that has mixed agroforestry and fewer livestock. You could have more arable areas interspersed with high biodiversity landscapes to keep the pollinators.’

Is this why you have argued for a biodiversity equivalent of the Paris Agreement on climate change?

‘We need to recognise that most of the drivers of biodiversity loss are international issues. In the UK for example, probably more than 60% of our food footprint is in other countries.

'This had led to suggestions that we need something more concrete to aim for, equivalent to limiting global warming to 1.5˚C on pre-industrial levels. Something concrete like that might change people's minds about the need to act and help us track progress.

'But it is hard to set these sort of targets as biodiversity is much harder to measure and the impacts of losing it are hard to pinpoint. Some of the processes biodiversity contributes to are so fundamental that they are effectively existential. Without them we wouldn't be here at all.’

What will happen if we don't take action?

'It is very difficult to say. There are various predictions about what may happen if we continue to deplete biodiversity - we could end up having to replace crop pollinators with genetically engineered crops, or we will lose some of the fruit and vegetables that require insect pollinators. Or we may find that whole forest stands are vulnerable to invasive diseases because there isn't the diversity there to resist them. Simplification of forests could mean they are less able to cope with climate change, then we might also lose their ability to slow down water and so we may get more flooding.

‘You can come up with all these scenarios but none of them are easy to predict with any certainty.’

How optimistic are you about the future?

'Back in 2010 I felt a bit more positive about it, because there was a strong and consistent set of targets from the UN Convention on Biological Diversity in Aichi, Japan, in 2010. They seemed like a good framework for action, but it is difficult to point to many successes as a result of that strategy. There has only been modest progress in a couple of areas, such as increasing protected areas.

‘I don't think we've really tried hard enough yet. If we were to take action across sectors and at scale, then I think we could reverse the trend. Natural systems do have a lot of built in resilience and are good at bouncing back.

'But we need to get on with it pretty quickly.’

Professor Mace advises the EU on biodiversity issues and has worked with the EU-funded BiodivERsA consortium which promotes pan-European research on biodiversity and ecosystems.

The piece has been updated to clarify Prof. Mace's position on the sixth mass extinction and the recent paper about insect decline.

A better understanding of how sand behaves in the wind should help protect tracks and trains.
END_OF_DOCUMENT_TOKEN_TO_BE_REPLACED

Cancer research needs to change so that cancer treatment can become truly personalised, according to Professor Martine Piccart.
END_OF_DOCUMENT_TOKEN_TO_BE_REPLACED