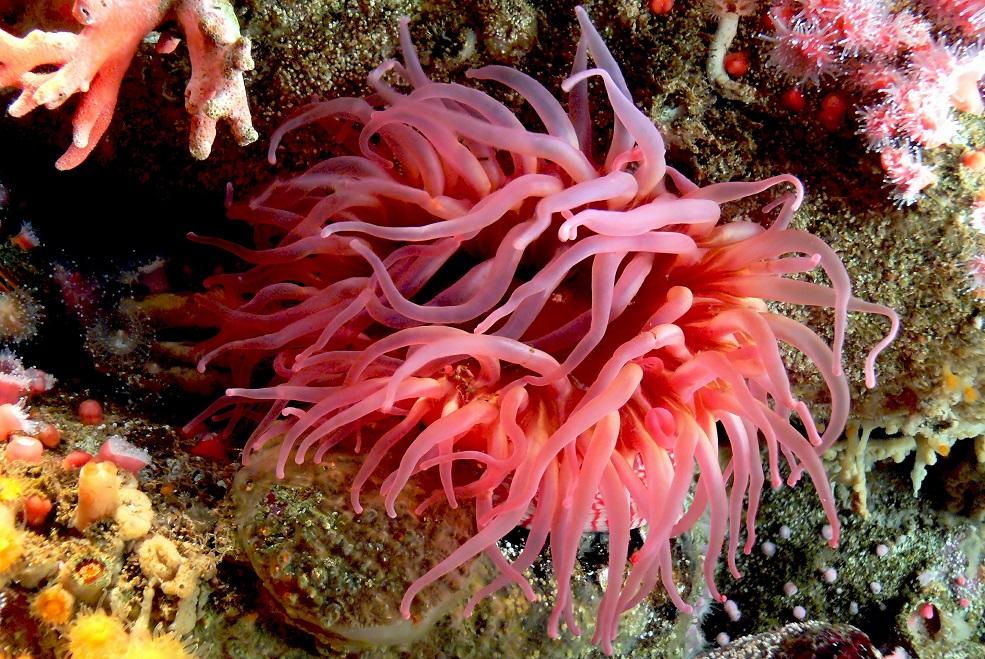 A group of creatures known as cnidarians, which includes sea anemones, are the only animals that inject venom via sting cells. Credit — pxhere/ picture is in public domain

A multi-stage genetic process for the formation of sting cells in sea anemones could inspire a new way of delivering drugs into the human body.

It’s part of a field of work that looks at how venom and the way it’s produced in animals could be used to create life-saving treatments for humans.

Dr Kartik Sunagar, at the Centre for Ecological Sciences of the Indian Institute of Science in Bangalore, India, is investigating the origin of venom-delivery systems. He says that even though science is starting to grasp which genes encode the production of deadly toxins, little is known about how venomous creatures evolved the arsenal needed to discharge venom into their prey.

Most species rely on fangs, beaks or stingers, but some of the oldest venomous species on Earth today still deliver their payload through a long-established alternative.

More than 600 million years ago, ancient species like jellyfish, corals and sea anemones, known as cnidarians, evolved a bio-mechanical method of poisoning their prey. Their cells lock venom inside failsafe molecular capsules, accelerating them into their target with a force of 40 000G (acceleration of Earth's gravity), making it one of the fastest biomechanical processes observable in nature.

‘Cnidarians are the only animals that use stinging cells to inject venom,’ said Dr Sunagar. He is genetically engineering sea anemones to produce fluorescent stinging cells. The colour marker makes it possible to screen any proteins involved in venom delivery, offering unprecedented insight into how sea anemones manufacture their stinging cells, and how they function.

For two years, Dr Sunagar has studied the genetic development of venom-injecting cells in sea anemones as an EU-funded researcher at the Hebrew University of Jerusalem in Israel. He found that stem cells in these creatures follow directions from specific sets of genes to specialise as stinging cells.

‘When the cells are young, they express certain sets of genes that are important to develop the venom capsule and synthesise toxins,’ said Dr Sunagar. ‘However, once the stinging cells have fully formed the capsule, the synthesis of toxins and structural proteins diminishes.’

The knowledge could make it possible to eventually manipulate stinging cells as clean and efficient micro-drug delivery systems.

But it’s not just the delivery system that could have healthcare applications. Scientists are also looking at whether the properties of venom itself could be used to treat health conditions including gastrointestinal disorders, cancer and chronic pain.

‘Venom is among nature’s most complex cocktails,’ said Dr Sunagar. ‘You don’t see this level of intricacy in any other physiological protein.’

Toxins released by anemones, snails and other venomous creatures have evolved over millions of years to paralyse prey and fend off predators.

‘Venom is among nature’s most complex cocktails.’

Because evolution has been fine-tuning biological processes for so long, venoms tend to be very potent and highly selective. They bind with exceptional efficiency to specific cell receptors.

This pickiness leads to fewer side-effects in venom-derived medicine. It can also open new avenues to reach elusive receptors that could help tackle currently incurable diseases.

Dr Markus Muttenthaler at the University of Vienna in Austria is investigating how chemical compounds found in venoms could help cells repair the outer lining of damaged intestines. He says that one in 10 Westerners suffer from chronic gastrointestinal disorders, such as irritable bowel syndrome and inflammatory bowel disease.

With support from the EU’s European Research Council, he has started exploring how to target cell receptors involved in healing gut wounds. If drugs can be tailored to trigger these receptors, they could support the protection or reconstruction of gut tissue when the body fails to do so itself.

At present, no drugs are up to the task. But venomous creatures like sea snails, spiders or scorpions may be a good place to start looking. Dr Muttenthaler says a single species can present up to 1 000 unique bioactive compounds in the venom it secretes.

As part of his research, Dr Muttenthaler has travelled to exotic ecosystems like the Great Barrier Reef in Australia and the Amazonian jungle to collect venomous species. Back in the lab, his team extracts the venom and tests it on live cells against a panel of receptors that have been associated with medical conditions such as pain, cancer or inflammation.

‘If we find compounds that accelerate the gastrointestinal healing process then we have a new therapeutic lead,’ said Dr Muttenthaler. These compounds are then optimised so that they remain stable in the human body and manage to reach their target organs. In principle, some could help other tissues heal faster, broadening applications ‘to many other wounds in the body’.

Cnidarians - which include jellyfish and sea anemones - are the only animals that use sting cells to inject venom.

Venom research has picked up pace in the last decade thanks to an approach known as omics, which studies how biological molecules of a certain type function together as a collective system.

‘In the last 10 years, omic technologies have completely revolutionised research on venom,’ said Dr Maria Vittoria Modica from Montpellier University in France. These technologies, which crunch huge volumes of data, allow researchers to chart out all the molecules produced in a cell and help decipher the role of each biological compound produced. Some compounds can then be adapted for applications in healthcare.

Dr Modica has launched the EU-funded VIPS project to analyse the venoms produced by two marine invertebrate organisms and get an idea of their potential for applications.

So far she has collected tissue samples from the feeding glands of millimetre-wide snails in the Mediterranean. She also retrieved toxin-secreting cells from the corals that the snails prey on.

Previous instruments could not have analysed such minute drops of venom. But transcriptomics and proteomics – using big data tools to log the complete set of instructions produced by genomes – have helped her to sequence many of the molecules at work in venom glands.

By the time her research project ends in 2019, Dr Modica expects to have identified the molecules involved in predator-prey relationships in snails and corals, revealing potentially useful bioactive compounds that remain as yet unknown to science.

Dr Modica says that venoms are such a promising source of active ingredients not least because nature has been optimising them since primeval times. ‘They are the result of a chemical arms race between predators and prey,’ she said. ‘One species evolves increasingly potent toxins and the other ever stronger defences.’

Cancer research needs to change so that cancer treatment can become truly personalised, according to Professor Martine Piccart.
END_OF_DOCUMENT_TOKEN_TO_BE_REPLACED