Over the past four years of tenure, it's been a bumpy ride at times. What kept you awake at night the most?

Well, there are two things which kept me awake at night occasionally, and I'm a relatively good sleeper. On the one hand, the challenge of climate change and the increasingly clear science demanding urgent action. The latest IPCC report calls particularly strongly for urgent action. So, what keeps one awake at night is whether we, with our knowledge, our science, but also with choices made politically by society, can we find the disruptive solutions which will be needed for that urgency?

And then the second one was, would science be fast enough to address the coronavirus? And the answer here has been positive, very positive. It kept me awake at night a few times in 2020.

What do you see is the number one achievement of EU-funded research in the recent past?

I think I would mention two aspects. The first one is the increasingly visible correlation between European Research Council (ERC) funding grants and European Nobel Prize winners. I call the ERC, sometimes, Europe's Nobel Prize factory. We will increasingly see recognition of the amazing quality of European science which is being brought forward by the competitive and disruptive nature of the selection process of the ERC.

The reality is that the science of the (BioNtech/ Pfizer) vaccine is 100% European.

The other is, of course, the messenger-RNA vaccine, the one developed by BioNtech (otherwise known as the ‘Pfizer vaccine’). The reality is that the science of the vaccine is 100% European. A team of scientists which had been working on this technology in cancer immunotherapy, decided as soon as the DNA of the vaccine was available at the very beginning in January 2020, to repurpose the technology.

We met them in March and April regularly. And they were absolutely clear that they would have the vaccine in good time during the year. This looked near impossible - vaccine development takes many years, up to a decade.

We had no limitations in terms of a cohort for doing clinical trials, there was funding available, obviously, because everyone needed solutions, but still, it is the fact that the fundamental research was happening that allowed this company to be the absolute innovator, bringing the fundamental science into a product in a matter of a few months.

This is, I think, the best ever story we will have to tell on the value of science in Europe.

Is the Horizon programme agile enough to cope with unexpected challenges?

Well, firstly, the teams in DG Research and Innovation were following developments in Wuhan in early January 2020 and realised that this was going to become a major health threat. It was not yet a pandemic. The first discussions in Europe of the news from Wuhan were starting mid-January but the pandemic was declared only in March 2020. So, at that moment, my teams were already telling me, this is really going to become big, we need to be ready.

At the end of January, we were the first to launch a call for projects on vaccine development and therapies on clinical trial platforms. By the end of March, when this was declared a pandemic, the evaluation of the projects already took place, then grant agreements could be signed. So, it can be very, very fast in terms of the deployment of the instrument.

What benefits do you foresee for joint undertakings in scientific research between the EU and Japan?

Well, I think the positioning of Europe is that the best science globally is produced here. I think we should be really, very proud of that and continue obviously to invest in our science capacity.

Obviously, we are not alone in that. There are a number of other science giants in the world, and I think we are today at a moment where the notion of global science is much eroded, because countries including China, for example, but they are not alone in that, have made science very visibly and audibly and politically an instrument of technological dominance. 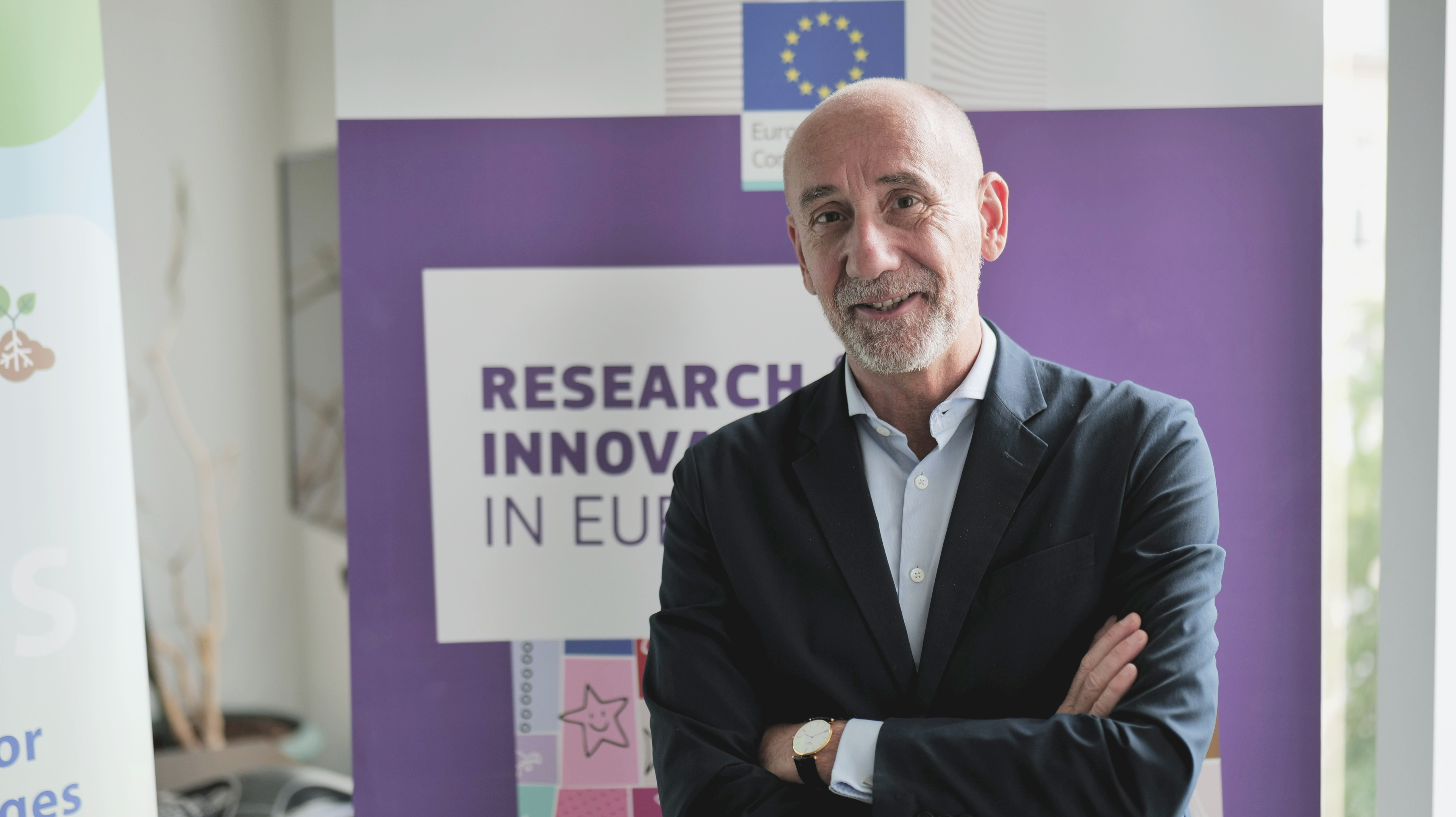 We need to be aware of that and be, I think, much less candid in the way we team up across the globe. I'm certainly not saying that we should not work with partners across the globe. On the contrary, I think for most of the challenges which science deals with, the global dimension is essential.

But we need to do it on different terms. Firstly, of reciprocity. This is not very often the case. We need to do it on the basis of values, of research integrity, to ensure that when we team up and share our intelligence, our resources, our results, they are used for good purpose, also by our partners.

There is a lot of collaboration worldwide, which takes place bottom up out of national systems, and rightly so. And that will continue. But if you look at it from a European perspective, I think we really need to be looking at the areas where the interests of Europe are.

I think the research agenda with Japan should be extremely broad. I think there is a clear sense that we share the same values, we have policy agendas which are aligned, and there is absolutely no limit in principle to the science cooperation, which we should deepen.  Horizon Europe association, if successfully negotiated, will be just the starting point. So, let's not entirely anticipate these negotiations. We are very ambitious on the European side.

Science has a diversity problem. What does EU science and research in general need to do to become more inclusive?

I think in European research, we've been honestly rather good on gender. Of course, much more needs to be done, but we can look back at the last 10 years of genuine mobilisation of research organisations in Europe around the agenda of diversity, both in the management of research and in the composition of research teams. However, if you look at PhD students for example, a lot of progress has been made.

I think for most of the challenges which science deals with, the global dimension is essential.

I think it's not necessarily going fast enough. I think we cannot be complacent on gender either. We've seen that during the pandemic, the genuine erosion of the position of female scientists with less time to publish and there has been the daily impact of remote working with families where female spouses took the brunt of it, in many cases.

And that has really started to show in the statistics already, so I think we need to be careful not to be complacent about the real progress achieved.

On diversity seen from a social or an ethnic point of view, we certainly can do much more. Of course, this is not something which is as straightforward as gender plans because there is much less data available for cultural reasons. In Europe, we deal with this very differently from places like the US, for example. But I would very much accept the concern or criticism that our teams in Europe are not diverse enough. And more needs to be done.

What do you see is the biggest challenges facing humanity globally in the coming years?

One of the deepest challenges, again, is climate change. Europe is particularly well positioned, and I think will reach its climate target, but that does not mean that the world can deal with it at the same pace, with the same urgency.

We represent 7-8% of world emissions. So, the issue is really to get others on board. Japan is, of course, a like-minded pioneer with Europe, and that's also very much why I'm so keen to go and work with our Japanese partners to ensure that, together, we can help the rest of the world to really engage on technology development and deployment.

The second challenge is, I think, the increased fragmentation of our societies, in part driven by climate change, but by very many other drivers. And when I speak of fragmentation, I am, of course, thinking of political developments, of competing political narratives that were levelled at Europeans and several like-minded partners.

We have a lot of pressure on our societies, which I think are also largely driven by social fragmentation, by fake news. And I think here, again, science will be needed because these fragmentations are multifaceted, and the solutions need to be systemic as well.