Recovering drugs from sewers could reduce harm to wildlife 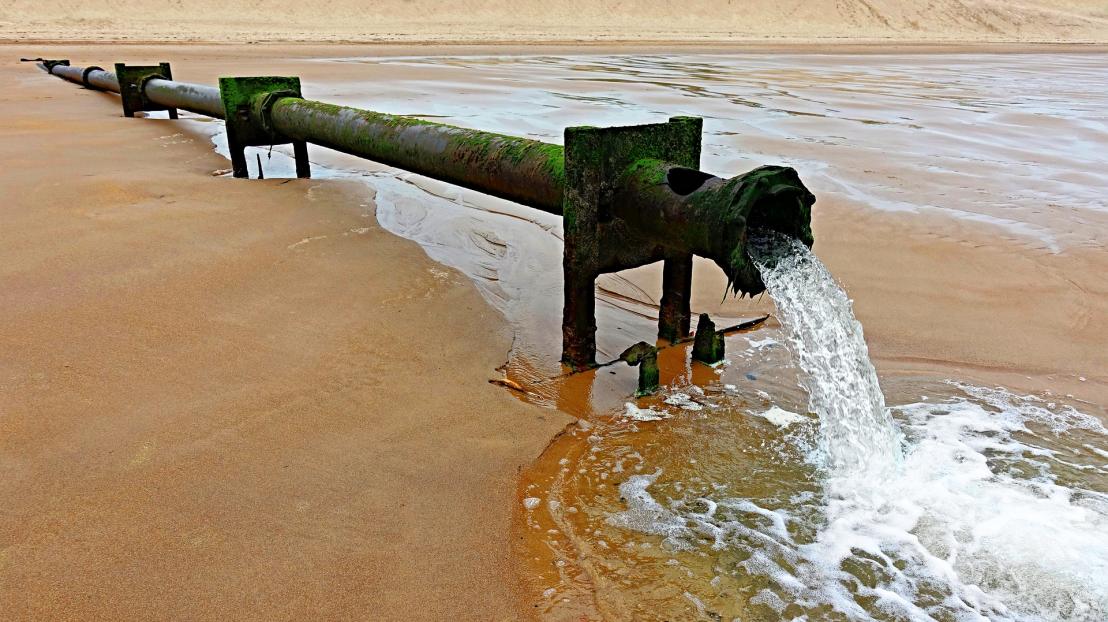 Over the past two decades, there has been growing concern over the number of drugs entering sewage systems in the waste being flushed down drains. Image credit - aitoff / Pixabay

Common medicines that have passed through patients' bodies are ending up in the environment, but the threat many of them pose to wildlife and human health still needs to be determined. It may even be possible to recover some of these life-saving compounds so they can be reused.

Over the past two decades, there has been growing concern over the number of drugs entering sewage systems in the waste being flushed down drains. Most come from the urine and faeces of patients who have taken medication. Even after it has passed through their bodies and water treatment works, these compounds can be found in rivers and lakes, and potentially even in our soils. Pharmaceuticals including cholesterol medications, beta-blockers, anti-epileptics, anti-inflammatories and antibiotics along with illegal substances have all been found in sewer outlets and nearby waterways.

‘A lot of people think sewage plants clean water, but these plants were built to remove nitrogen and phosphates, not pharmaceuticals,’ said Professor Ad Ragas, an environmental scientist at Radboud University in the Netherlands and coordinator of the PREMIER project. ‘These pharmaceuticals end up in the environment, along with other micropollutants.’

More than 600 pharmaceutical substances have been identified in aquatic environments around the world. Others find their way into terrestrial ecosystems. At least some of these compounds are known to cause undesirable effects in living organisms.

An infamous example occurred with vultures in India, at the end of the last century. Until the late 1980s, tens of millions of birds circled the skies, tarrying for dead carcasses, but in the 1990s, vulture numbers mysteriously plummeted, with some populations declining by more than 99%. Scientists were at first mystified, but then it was discovered in 2004 that the birds were being killed by diclofenac, a pharmaceutical routinely fed to Indian livestock. A cheap anti-inflammatory in cows, it caused kidney failure and death in vultures.

‘This event triggered a lot of discussion about the impact of drugs on wildlife and the environment,’ said Prof. Ragas. Veterinary use of diclofenac was banned in India in 2006. But 15 years on, concern about drugs and their by-products escaping into the environment is gaining momentum around the globe – and for good reason.

Every year, the use of medicines increases in both human and animal populations, yet there are still many questions over the impact that the documented spreading of pharmaceuticals is having on both human health and the ecology of our planet.

In 2013, the European Parliament and the Council of the European Union placed a number of pharmaceuticals, including some antibiotics, on a watch list of substances that should be carefully monitored in water bodies of the EU. This was the first document to include substances of undisputed medicinal value that pose a potential threat to fragile ecosystems. 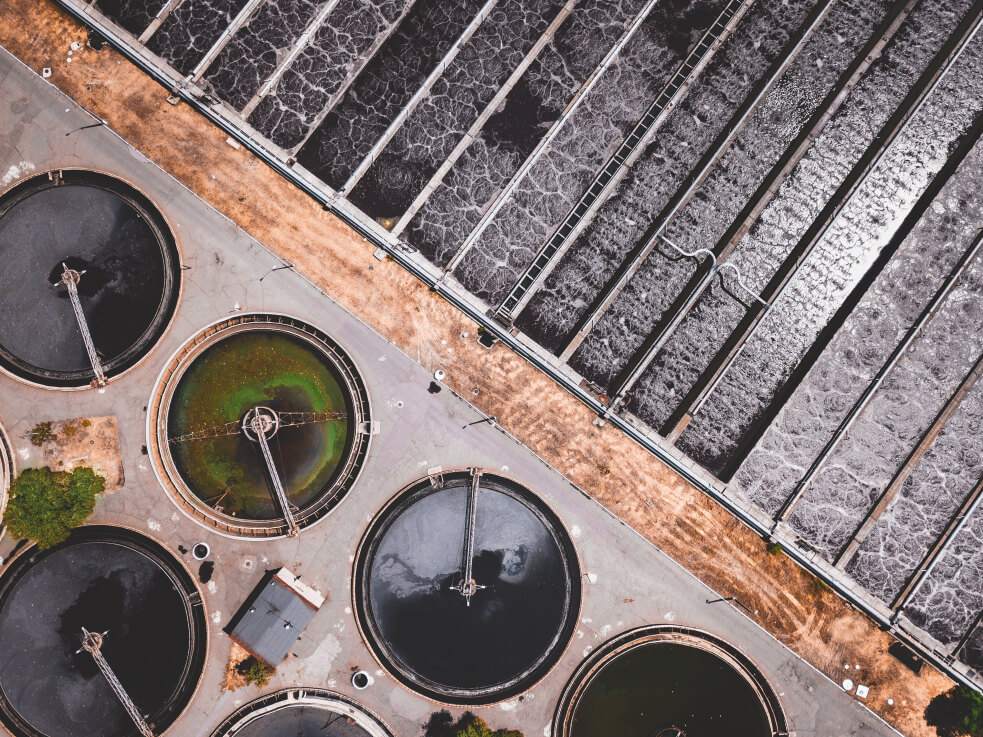 Studies have found that many of the chemicals originated in hospitals aren't entirely removed by wastewater treatment plants. Image credit - Ivan Bandura / Unsplash

Hospitals are a major source of active pharmaceutical ingredients, and studies have found that many of the chemicals which originated from hospitals aren't entirely removed by wastewater treatment plants. Of particular concern are iodinated contrast media (ICMs) – the radiographic dyes frequently injected into a patient’s blood stream before a diagnostic scan, such as a CT or MRI, to allow soft tissue to stand out from its background.

ICMs don’t degrade in the body (they remain over 95% non-metabolised), and instead are flushed out and into the sewage system. Researchers believe they are a major contributor to the burden of persistent chemicals in wastewater. ICM by-products have been found – often in elevated concentrations – in rivers, lakes, groundwater and even drinking water. They are also found in the soil, posing a potential risk both to humans, where agricultural land is contaminated, and wildlife. Organic halogens are one of the by-products of contrast media agents. These chemicals can have toxic effects in the soil and water if they are allowed to accumulate in high concentrations.

Professor Alberto Guadagnini from the Department of Civil and Environmental Engineering at the Politecnico di Milano in Italy said: ‘We still don’t know how big the risk is of these substances accumulating in high concentrations in the groundwater system.'

Data on the prevalence of ICMs – and on what can be done to safely remove them – is patchy. As populations age, the number of chronic and complex comorbidities are expected to rise, so the number of diagnostic imaging tests carried out across the globe is likely to grow. Current estimates put the number of clinical CT scanners operating worldwide at more than 45,000. In one Italian hospital alone – the San Raffaele in Milano – 30,000 such diagnostic tests are carried out each year.

Prof. Guadagnini is hoping to fill some of the knowledge gaps through the recently launched four-year REMEDI project, which sets out to study new techniques for trapping and removing X-ray contrast medium agents from water and soil.

‘Removing them is only part of the challenge – we also want to recycle them,' said Prof. Guadagnini. 'Iodine and barium (which are used in contrast media) are valuable compounds. It would be far better for them to be used again by industry than to accumulate in the environment.’

Prof. Guadagnini's team are focusing on iron oxides, which have a proven ability to bind to contrast agents. However, iron oxides can’t be added directly to lakes and rivers to act as ICM traps, as they increase water acidity. Instead, the researchers will attempt to use these compounds to intercept ICMs before they reach natural waterbodies.

Even with these measures, a percentage of ICMs will still escape into watercourses and therefore groundwater. How serious a problem this inevitable leaching will pose to natural water bodies is something the REMEDI researchers are keen to quantify. A parallel stream of the project is attempting to assess and quantify the associated risks.

Although the project is still in its early days, Prof. Guadagnini is encouraged by the growing public conversation about pharmaceutical pollutants. ‘People are starting to see this as an issue that needs to be addressed,’ he said. ‘They are concerned because the knowledge about environmental risks is still incomplete, and the issue is gaining momentum in industry too, because there are economic implications to recovering some of these compounds and using them again.’

‘We need to find a balance between the health benefits of pharmaceuticals for humans and the consequences for the environment.’

Since 2006, a new medicinal product is only granted approval in the EU if it comes with an environmental risk assessment – a dossier quantifying the prospective environmental risk of a compound. These can form an important impetus for hospitals to determine how best to mitigate the risks of the medicines and other compounds they give to patients. It might be decided, for instance, to collect a patients’ urine rather than flushing it down the toilet.

But these risk assessments are expensive to create (costing around €500,000 for one), and though this is only a tiny fraction of the total cost of bringing a new medicine to market, it adds to the overall costs of producing new treatments. The legislation is also only applicable to new medicines.

‘We estimate that between 1,000 and 1,800 medicines were already on the market before 2006,’ said Prof. Ragas. ‘Medicines like paracetamol (of which Europeans consumed 48,400 tonnes in 2016) have never had their environmental impact systematically assessed.’

Creating retrospective risk assessment dossiers is the primary goal of PREMIER. The project’s researchers are using computer models to make smart and affordable predictions about both the toxicity of a drug and the likelihood of exposure causing adverse effects in aquatic ecosystems.

‘By developing clever procedures, we want to avoid having to test all drugs,' said Prof. Ragas. 'If we know a molecule and its characteristics – for example, how well it degrades and dissolves in water – we can create models to predict how quickly it will disappear (from the environment).

‘From our models, we hope to be able to say, “these 50 chemicals are most likely the most risky”. We can then run more expensive tests on these chemicals and draw conclusions.’

Prof. Ragas and his team hope to ascertain how a given pharmaceutical affects species differently. ‘Take fish,’ said Prof. Ragas. ‘If a pharmaceutical is known to target neurone molecules in the human body, we’ll look at whether this target is also present in fish, using a genetic data bank. If the gene that codes for the target molecule in humans is also present in fish, we’ll know fish are likely sensitive to the same chemical.’

Prof. Ragas hopes this information could make it easier to assess the risks that both old and new medicines pose to the environment so steps can be taken to control those that are most harmful.

‘We need to find a balance between the health benefits of pharmaceuticals for humans and the consequences for the environment,’ he said. ‘My biggest hope is that we can push the whole area of drug usage and drug development into a direction where people can benefit from the positive health effects of drugs without causing any environmental harm.’

The research in this article was funded by the EU and PREMIER, by the Innovative Medicines Initiative. If you liked this article, please consider sharing it on social media.

Winners of the 32nd edition of the European Contest for Young Scientists explain how reimagining machines can change our future.
END_OF_DOCUMENT_TOKEN_TO_BE_REPLACED