Quiet and green: Why hydrogen planes could be the future of aviation

Today, aviation is responsible for 3.6% of EU greenhouse gas emissions. Modern planes use kerosene as fuel, releasing harmful carbon dioxide into the atmosphere. But what if there was another way?
By  Jonathan O’Callaghan
Hydrogen-powered planes are still in their infancy but the first commercial versions could enter the European market by 2035 according to a new report. Image credit - DLR/CC BY-3.0

One possible solution is to use a new type of fuel in planes that doesn’t produce harmful emissions – hydrogen. Long-touted as a sustainable fuel, hydrogen is now gaining serious traction as a possibility for aviation, and already tests are under way to prove its effectiveness.

Planes using hydrogen would emit only water, and initial tests suggest they can be just as fast as traditional planes, carrying more than a hundred passengers per flight over thousands of kilometres. A recent report on the potential of hydrogen-powered aviation said such planes could enter the market as soon as 2035.

There are still significant challenges to make this happen. But if they can be overcome, the future of aviation could be much greener than it is today and be a functioning component of a decarbonised world.

Hydrogen planes would be similar aesthetically to traditional planes, albeit with a slightly longer length needed. Smaller planes would likely use propellers, with hydrogen-powered fuel cells providing electric propulsion to turn the propellers. Bigger planes could burn hydrogen to power jet engines.

‘By 2035 it should be possible for a short-range flight plane,’ said Dr Bart Biebuyck, executive director of the Fuel Cells and Hydrogen Joint Undertaking, a European public-private partnership to accelerate the market introduction of these technologies, which jointly commissioned the report. ‘That means on European soil, you could connect all the big cities in Europe using hydrogen-powered planes. By 2050, the ambitious scenario is that 40 % of the (European aviation) fleet would be powered by hydrogen.’

Reaching these goals will rely on a number of factors. First and foremost, hydrogen storage technologies need to advance to carry enough liquid hydrogen in planes for these journeys. New ways of transporting hydrogen to airports will need to be devised so that planes can be refuelled on runways. And redesigns of plane interiors will be required to work out how to integrate all the necessary systems and tubing to run commercial planes on hydrogen.

‘With integration, nothing has been done yet on a big plane,’ said Dr Biebuyck. ‘That will be a big challenge. And we still need to prepare a lot of standards, codes, and regulations. For example, what would be the requirement for hydrogen tanks testing for aviation? Still a lot of this research has not been done.’

Progress has been made, however, in developing the underlying technology of hydrogen planes. In 2008, Boeing flew the world’s first hydrogen-powered plane from an airfield near Madrid, Spain, a single-seater vehicle that proved the technology was possible. And in 2016 the first four-seater hydrogen plane, built in Germany by the German aeronautical research agency (DLR), the University of Ulm and a company called H2FLY, lifted off from Stuttgart Airport.

‘We cannot beat climate change without aviation being decarbonised.’

Hydrogen planes essentially have four major components – a storage system to safely store liquid hydrogen, fuel cells to convert hydrogen to electricity, a device to control the power of the cells, and then a motor to turn a propeller. In order to make full commercial planes, all of these four areas must be developed sufficiently.

In Spain, a project called HEAVEN is working on integrating these components into an experimental plane. It is developing a powertrain to turn the propellers at high speed using electric power, along with similar liquid hydrogen storage systems to those that have been used in cars.

‘This will be the first liquid hydrogen storage system (for planes), which will be connected with a fuel cell and an electric motor, and then flown in a flight test,’ said Dr Josef Kallo from the DLR and a member of the HEAVEN team. ‘The hydrogen storage (made by French firm Air Liquide) is built and will be finished this year. Next year will be integration time. And then the end of 2022 we will go into flight.’

The powertrain being developed by the project turns the hydrogen into torque to turn the propeller. It is highly efficient and also quiet to run, producing about the same amount of noise as an internal combustion engine in a car – meaning passengers should have a pleasant, quiet flight.

For a 45-seater aircraft, a hydrogen-powered propeller plane will be capable of speeds of up to 600 kilometres per hour, compared to 850 kilometres per hour for a Boeing 747, according to Dr Kallo. While the focus at the moment is on propellers, there is also work underway to develop hydrogen-powered turbines, which are more efficient at higher speeds. ‘(A parallel) step would be to use turbine-type propulsion, using high-speed motors, which are relatively low noise,’ Dr Kallo added.

Most of the world’s hydrogen today is produced by reforming methane from natural gas – a fossil fuel - which produces carbon dioxide. Efforts are underway, however, to develop green hydrogen by using an electric current from a renewable source to convert water into oxygen and hydrogen, and reduce emissions in its production. If that is possible, along with no emissions from the planes themselves, aviation could become a truly green form of travel.

‘By 2050 we need to (become) a carbon-neutral society, and the aviation sector needs to contribute,’ said Dr Biebuyck. ‘Of course, it is not only aviation that will have to adapt. We all need to work together. But we cannot beat climate change without aviation being decarbonised.’

Europe looks set to have a major part to play in this, with it leading the development of many hydrogen-driven technologies, including hydrogen planes. ‘Europe is very far in front,’ said Dr Kallo. ‘There are some projects in the US and China. But they haven’t shown the level of progress we have.’

And it could very well be that in the coming decades, your flight from Paris to Madrid or Munich to Rome could be on a green, clean flying machine, one that produces no emissions and has no impact on climate change – an exciting glimpse at our decarbonised future.

‘This is really a chance to switch from hydrocarbon-based aviation to hydrogen aviation,’ said Dr Kallo.

In order for Europe to fully achieve the environmental benefits of hydrogen-powered the production of clean – or green – hydrogen needs to be dramatically scaled up.

Clean hydrogen is produced from water using an electric current from a renewable source, rather than from fossil fuels. Today only a tiny fraction of hydrogen used in Europe is clean.

On 8 July the EU published a hydrogen strategy setting out a vision for how Europe can scale up the production, distribution and storage of clean hydrogen.

Research and Innovation: key driver of the hydrogen strategy

A hydrogen strategy for a carbon-neutral Europe (pdf) 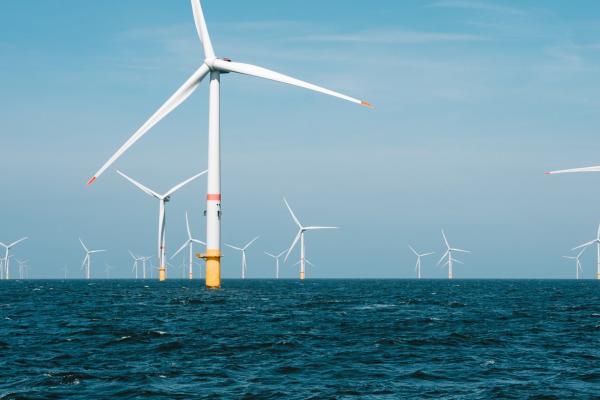