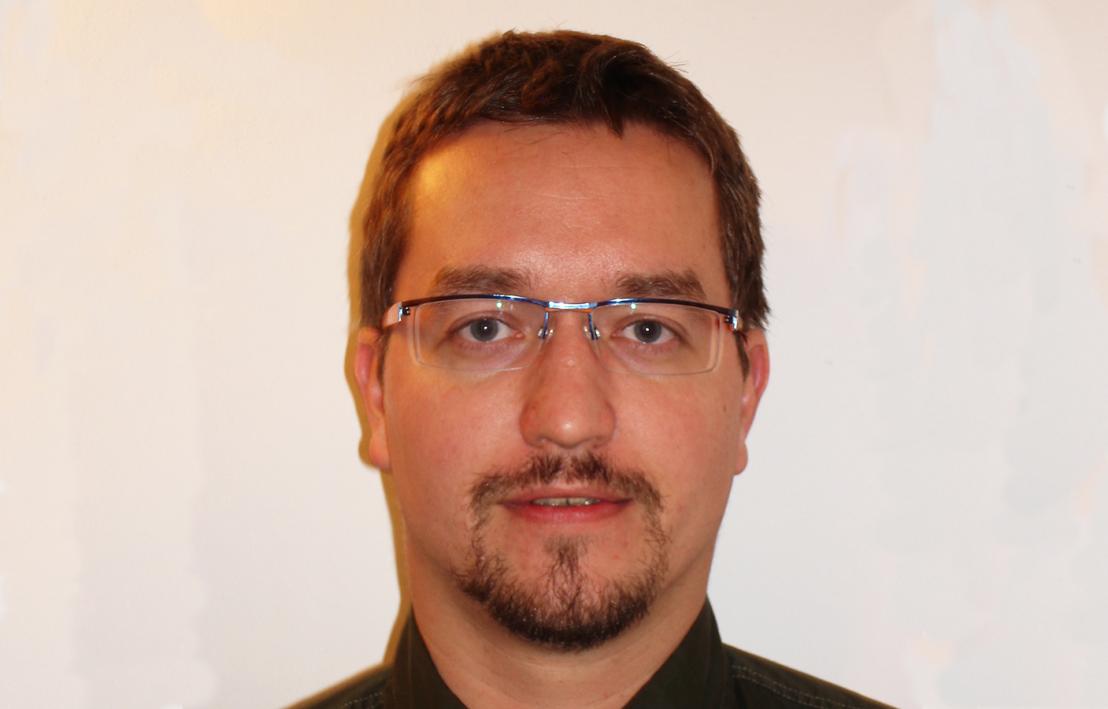 European scientists have spent 100 years developing the field of quantum mechanics – a branch of physics dealing with the atomic and subatomic scale – and we need to reap the profits now that quantum computers and other technologies are becoming a reality, according to Dr Thomas Monz from the University of Innsbruck, Austria.

He is leading a project to develop a fully scalable quantum computer. The project is part of the EU’s €1 billion, 10-year Quantum Flagship initiative to kickstart a competitive European industry in quantum technologies.

What is a quantum computer and how does it differ from classical computers?

What’s the effect of that?

‘This superposition essentially allows it to do things that a classical computer can’t do. Because it’s in many states at the same time, in simplified terms, it allows you to probe many possibilities at the same time. (For example), if you are working in finance and you want to say which portfolio has the largest profit, you need to take many, many different cases into account and then find the best one. And this is something that a quantum computer, because it essentially allows you to calculate many things at the same time, is notably more suitable for.

‘(Another) prominent example is energy material design. Think about the power line you get at home.  You have friction – ohmic resistance – in the cable. That’s why an electric motor or your hairdryer gets warm. Quite a bit of a power is lost from the power plant before it gets to your house. Can we come up with a new material, which doesn’t have ohmic resistance, so we don’t have (energy) losses in the cable? The inherent properties of how friction in materials work, that’s partially governed by quantum mechanics. And a quantum computer (finds it) easy to follow the rules of quantum.

‘It allows you to do material design and check what are good candidates for materials that wouldn’t have, say, ohmic resistance, and suddenly we save a couple of percent on global energy loss from the power plants to the consumer.’

'All of quantum physics was developed 100 years ago in Europe. This is something that we excel at.'

Where are we now in the development of quantum computers?

‘(But) I think the key question is, regardless of what quantum computer we actually talk about, give me one case where it will outperform the best classical computer worldwide.

‘And the timescale on that, I would guess it’s in the order of another year.’

One of the big challenges is going to be writing algorithms to program quantum computers. Where are we with that?

‘There are a couple of (algorithms) already, but obviously you want to have more.

‘Everything started with Shor’s algorithm (which can find the factors of prime numbers on which today’s encryption systems are based). This was an algorithm that could convince (government) agencies to look into quantum computing, because it can break some of the most prominent encryption methods that we currently use. That was the starting point about two decades ago.

‘In the meantime, people have been working on (algorithms for) optimisation calculations. If you want to optimise a (financial) portfolio or make sure no-one gets stuck in a traffic jam – mathematically they are all very similar.’

Will our use of quantum computers depend on the algorithms that we’re able to develop?

‘Sure. Think about your smartphone. Your smartphone is a computer and depending on which app you load, it can be something where you send out a message or you hear some music. A quantum computer is also fully programmable. The more algorithms we have, the more apps we can build with those algorithms, and then you want to have your quantum app store.’ 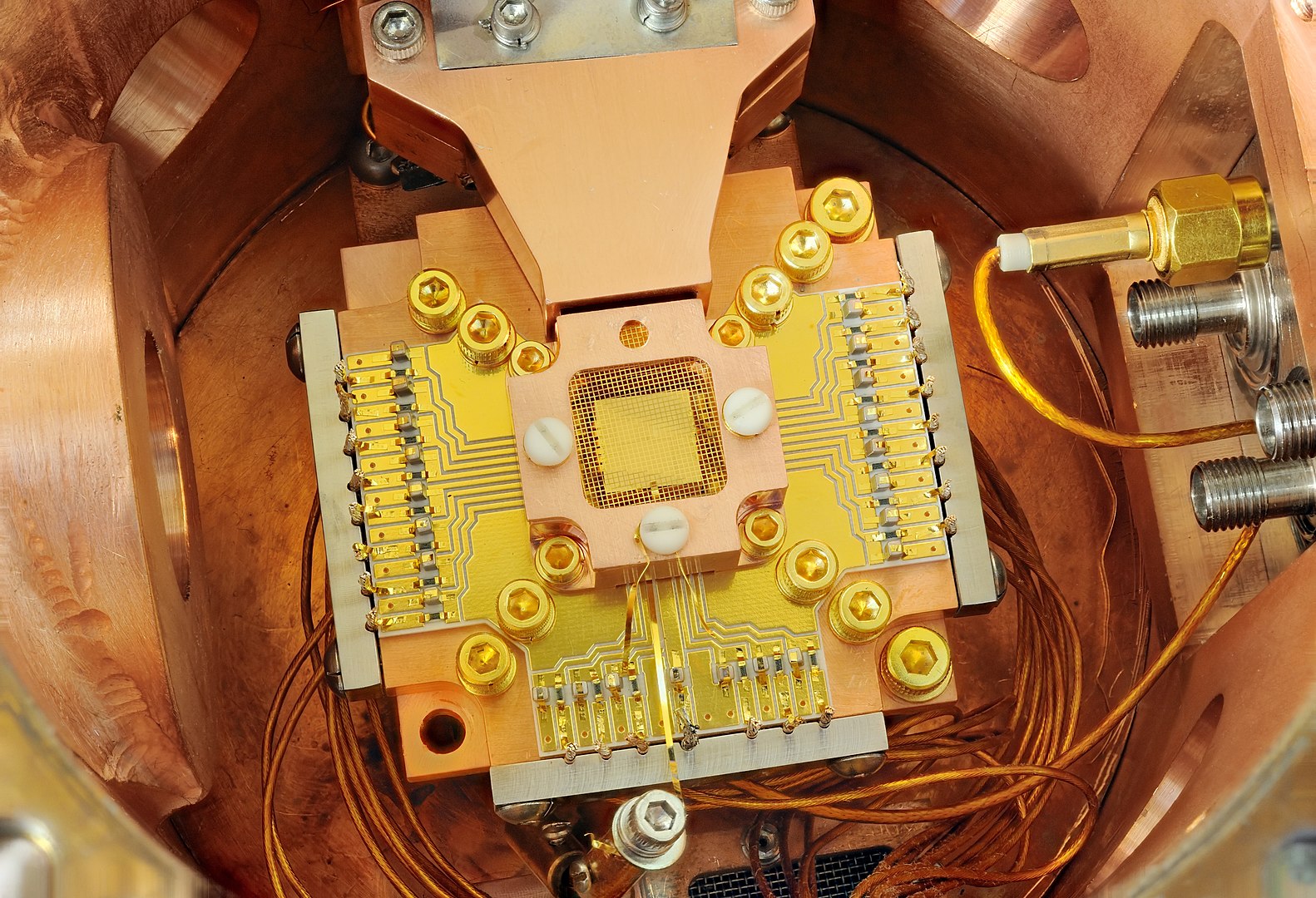 As a quantum computer can be in many states at the time it enables the calculation of many possibilities at once, says Dr Thomas Monz. Image credit - National Institute of Standards and Technology, image is in the public domain

Is it fair to say that we won’t have quantum computers at home in the future because they’re something very specialised?

‘(But) think about your classic computer. For graphics, it has a graphics card. It’s likely there will be a quantum co-processor in the long-run. It will be an add-on to your classical computer to give you some additional capabilities for special computing (or something such as secure communication).

‘(Or) it could be that there are quantum computers available and you can have access to them via a simple cloud interface.’

You run a project called AQTION, which is trying to build a quantum computer. Can you tell us a bit about it?

‘IBM, Intel and Google are building on solid-state semiconductors (used to make computer chips) whereas we are using single atoms. In solid-state systems, you start with a lump of material and try to control it so it becomes quantum. Our approach is the opposite. We start with an atom, which is already quantum, and look at how to control it. We already have the quantum properties, so we only – only in quotation marks – have to focus on the classical (engineering) part of it.

‘Another aspect is that most of these (solid-state) computers are built in a lab environment. (Our quantum computer) is meant to operate in an office environment. If the air conditioning breaks, it still ought to work. If you want to ship it to a partner, you disassemble it, put the boxes into wooden crates, you ship that, you assemble it, and it ought to work. Rather than this once-in-a-lifetime prototype that only exists in one lab.’

So the question is still open about the best way to build a quantum computer?

‘Yes. I would argue there are probably five or six approaches. The two most promising for the moment are trapped ions – that is what we pursue – and superconducting systems.’

We always hear about the private companies that are driving forward quantum computing. What effect will the EU’s Quantum Flagship have?

‘Intel, IBM, Google all pursue a technology (to build quantum computers) that’s close to their hearts. If you have a hammer, everything looks like a nail; if you are in the semiconductor industry you want to address every new potential application with semiconductor technology. That’s what they do.

‘I think what the funding from the EU allows us to do is to compete with these entities because there are not that many companies in Europe (pursuing quantum technologies). The second part is, maybe you want to have a different tool using a new technology (not just semiconductors). So if one technology might be a dead end in the long run, we have in Europe a plan B and a plan C because we don’t put everything into one bucket.

‘The Flagship is looking not only at computing, but also clocks, sensors, communications. It has a long-term vision of quantum computing as well.’

Where does Europe stand in the global race on quantum technologies?

‘Think about Schrödinger, Einstein – all of quantum physics was developed 100 years ago in Europe. This is something that we excel at. We have invested in fundamental research for essentially the last 100 years, and now that there is the chance of turning research into technology and applications, we shouldn’t miss that train. We have a very good chance of making that work.’

The research in this article is funded by the EU. If you liked this article, please consider sharing it on social media.

A better understanding of how sand behaves in the wind should help protect tracks and trains.
END_OF_DOCUMENT_TOKEN_TO_BE_REPLACED

Cancer research needs to change so that cancer treatment can become truly personalised, according to Professor Martine Piccart.
END_OF_DOCUMENT_TOKEN_TO_BE_REPLACED