QR codes on milk cartons could be used to provide consumers with detailed information on the care and wellbeing of farm animals reared as livestock.
By  Ali Jones
New technology promises a revolutionary way for consumers to access data on animal welfare at farms. Image credit: Daniel Quiceno M via Unsplash

A simple QR code printed on the packaging could mean a carton of milk might one day offer a window onto the health and welfare of the cows that produced it. It would enable consumers to trace their milk to its farm of origin and access data on the wellbeing of its cows on that particular day.

Thanks to electronic monitoring tools known as Precision Livestock Farming (PLF), this level of detail could all be available to consumers. The technology is already on the market but its full potential has yet to be realised.

The EU-funded ClearFarm project is advancing the use of PLF technology with the aim of creating a more sensitive, continuous and complete way of understanding animal welfare. It is bringing together producers, regulators, policy makers and consumers from six countries.

Focusing on pig and dairy cattle, the dominant livestock farmed in Europe, ClearFarm is partnering with a number of technology companies to create a new software platform that will fully exploit the possibilities of PLF to monitor lifelong animal welfare.

‘So far, certification schemes for animal welfare have based decisions on single visits to a farm, maybe once or twice a year, so information is pretty limited,’ said Dr Pol Llonch, Technical Project Manager for ClearFarm based at Universitat Autònoma de Barcelona (UAB).

‘ClearFarm will be the first platform to provide non-stop, real-time information on animal welfare. Consumers and producers will be able to view information from every single animal on the farm, every single day of the year.’

Wearable sensors will continually collect information, including data on activity, eating patterns, and health, enabling the farmer to monitor their animals when they cannot be with them. Farmers can spot health and welfare issues early and take action as appropriate.

As well as a steady flow of information, ClearFarm will integrate the many different recognised ‘domains’ of animal welfare – health, nutrition, comfort, emotional state and natural behaviour. It will combine all of this to give what Llonch describes as ‘an unprecedented, comprehensive picture of animal welfare.’

When we installed sensors with microphones in pig pens to monitor coughing and pick up on respiratory problems, the farmer was sceptical. By the end of the trial he wanted to keep them.

Llonch is one of eight researchers working on the ClearFarm project at UAB, returning to the institution where he completed his first degree in veterinary science. The welfare and behaviour of farm animals is a lifelong passion for him.

Already the ClearFarm consortium is looking into possibilities for ‘play’ for pigs as well as behaviour around feeding. Extensive research underlines that play for piglets – running and jumping and interacting with their penmates – is important for their development, and the team firmly believes it has a place in welfare monitoring.

‘When we installed sensors with microphones in pig pens to monitor coughing and pick up on respiratory problems, the farmer was sceptical,’ said Llonch. ‘By the end of the trial he wanted to keep them.’

And it’s not only pigs and dairy cows that will benefit from PLF technology but smaller farm animals too. Sheep and goats represent 30% of all livestock reared in Europe but the sector is often seen as the poor relation when it comes to investment and technology.

The TechCare project, led by Dr Claire Morgan-Davies at SRUC (Scotland’s Rural College) is working with industry partners, universities, research institutes and farmers across nine countries to explore the benefits for the sector of PLF and ensure it isn’t left behind.

‘Producers are really pleased that research and innovation funding has been allocated to their sector, and that these technologies can be applied to benefit their animals,’ said Morgan-Davies, who has an extensive background in agricultural research.

‘For consumers, we hope that further down the line we’ll be able to flag farms that are taking part in this level of monitoring and that it will be a reassurance about animal welfare and quality of life.’

Morgan-Davies thinks that many of the challenges for the welfare of sheep and goats in Scotland and Europe – including disease, provision of feed, risk of predation, and long-distance transport to slaughter – arise from the constraints imposed by the harsh climatic and geographic conditions in which they are often reared. PLF could help to improve welfare management and mitigate the impact of these welfare risks for the benefit of sheep and goat farmers around the world. 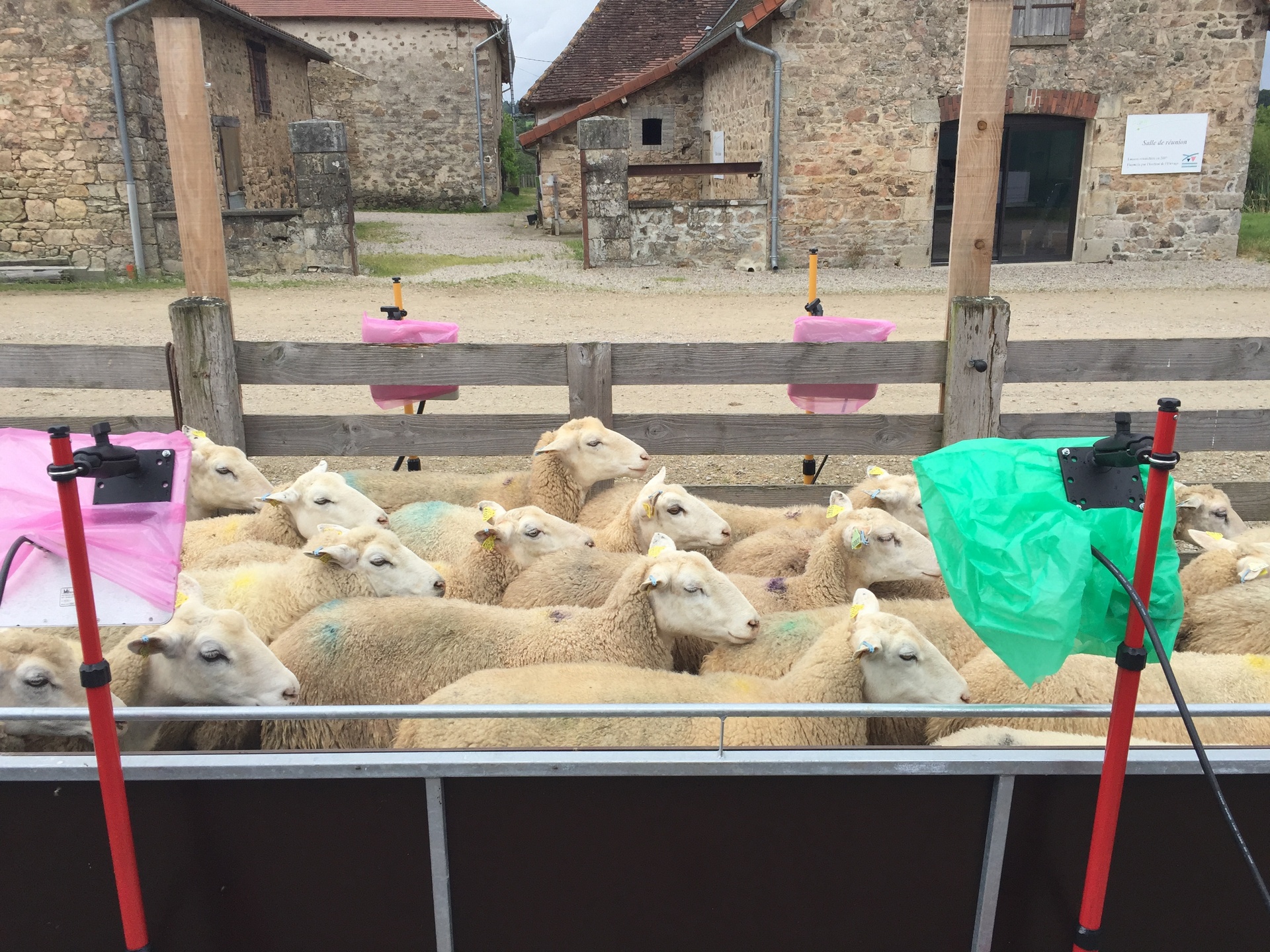 Sheep going through a channel with sensors © Idele 2016

TechCare is currently gathering information on existing PLF technologies potentially applicable to sheep and goat farming, the scale of which has been a surprise to Morgan-Davies. Although they may not have been formally trialled on this sector the potential is there, and she believes the industry is slowing starting to realise that it’s one worth investing in.

‘The project is inspiring sheep and goat farmers to believe that new technology can be successfully applied to their sector for the good of their animals,’ said Morgan-Davies.

TechCare will develop simple warning systems suitable across the varied and often traditional nature of sheep and goat farming in Europe. Wearable technology could be added to ID ear tags already in use, to alert farmers via an app to a change in behaviour in their animals, weight loss, or failure to gain weight, indicative of a potential welfare issue.

Morgan-Davies is optimistic that once farmers see the benefits of simple ear-tag monitoring they could be motivated to invest in more complex systems, such as GPS collars. ‘I believe that investment in technology will lead to an appreciation of its broader role in monitoring not just welfare of individual animals but efficiency at a farm level, and impact on the environment’.

This is an important consideration for ClearFarm too, using the PLF technology to assess environmental impact, such as the quantity of food and water consumed by animals, and estimating carbon footprint and economic profitability alongside welfare.

Dr Llonch hopes that future research will result in new tools for animal measurements to continue expanding the ClearFarm platform and the potential of PLF technology to enhance animal care.

Follow the links below to learn more about the EU-funded projects featured in this article.