Q&A: Talking about the ‘race’ for a coronavirus vaccine could reduce public confidence

Surveys conducted by the project during the pandemic suggest many people are still unsure about the safety of potential Covid-19 vaccines and how effective they will be. Prof. Larson believes a more open and honest discussion is needed with the public to answer questions they might have.

What is vaccine confidence?

About two decades ago, immunisation programmes in different corners of the world started seeing more people refusing to have vaccines for various reasons, some of which had actually been brewing over weeks, months and even years. It was a growing challenge because individuals, communities and even government leaders were questioning whether to take vaccines.

But they are not simply divided into people who are pro-vaccines and those who are against – there are a lot of people in the middle who are not sure, they might take some but not others. The World Health Organization framed this as ‘vaccine hesitancy’. What we didn’t have was any data about how much of a problem it was, so our (vaccine confidence) index is trying to anticipate people’s willingness to take a vaccine by measuring their confidence in (vaccines).

What determines people’s confidence in vaccines?

We live in a world now where people have so much information at their fingertips. (This) means rumours can get going around certain vaccines. People look at the ingredients or there might be suspected adverse events connected to a vaccine. With some like the HPV vaccine, because it is given to adolescent girls, it has implications for sexual behaviour that people disagree with. Each vaccine is different and so are the things that concern people. In some cases, it has more to do with public trust in the government or the health authorities. There are some people who have broader philosophical or religious reasons for not wanting a vaccine, or object to things that are compulsory because they just don’t like being told what to do. But we also shouldn’t dismiss the fact that there are also increasingly highly organised anti-vaccine movements that are just as interested in disrupting society as they are in caring about vaccines. 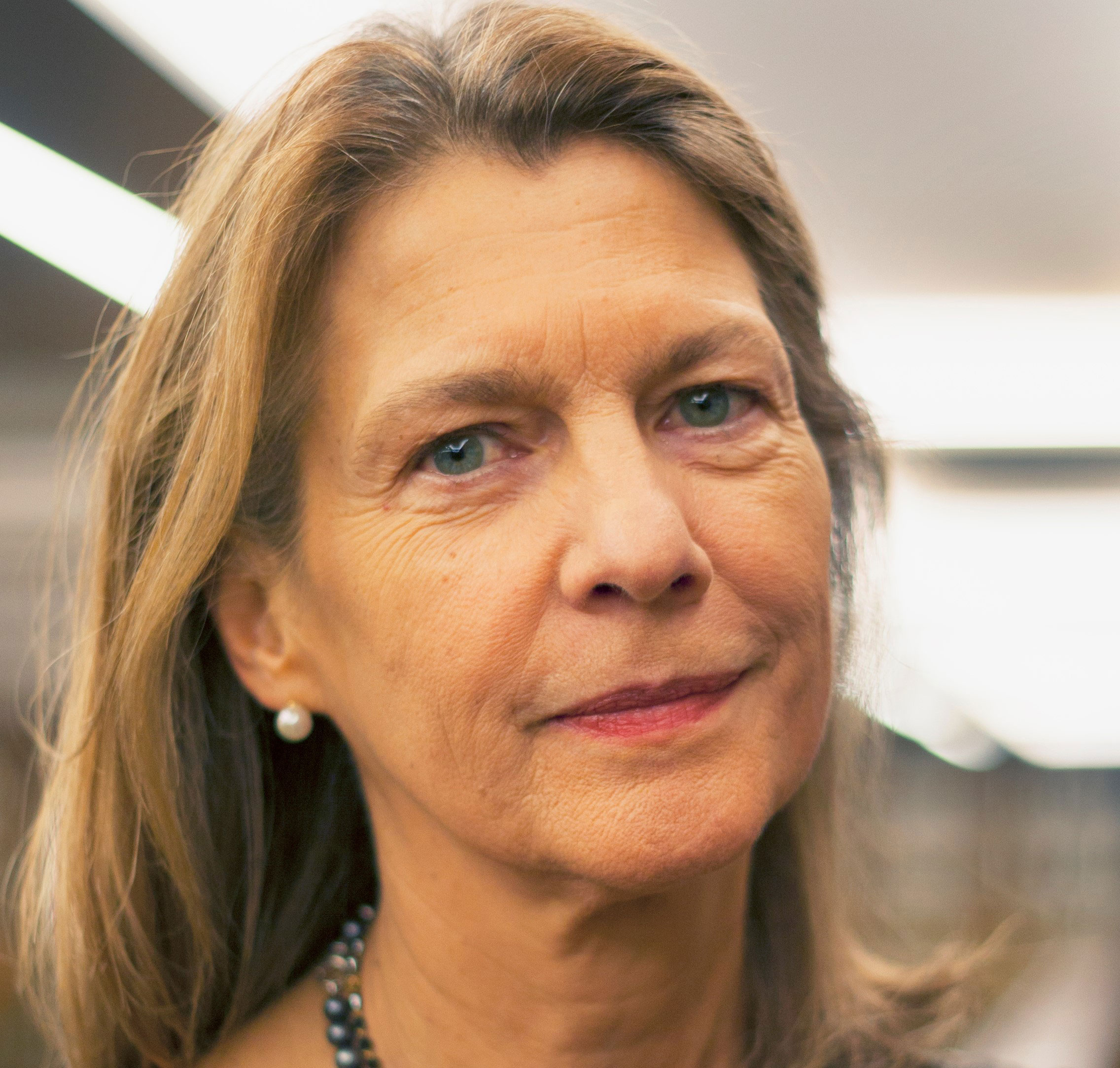 The medical community needs to be responsive to people's concerns about vaccines or it risks alienating people, according to Prof. Larson. Image credit - Heidi Larson

Are you seeing similar concerns around the race to produce a Covid-19 vaccine?

One of the problems is that it is being framed as a race. It is a race against time in a sense, but there is also this sense that it is being developed too quickly, and that it is this company against that company. There is some scepticism that the vaccines might be fast-tracked for political reasons. Some people also feel like a vaccine will really just benefit big business. But the public is most concerned about vaccine effectiveness and the risk of side effects, which have a big influence on vaccine acceptance. Some people are genuinely concerned about how new the vaccines are, and they want to wait to let other people try it.

Has confidence in a Covid-19 vaccine changed during the pandemic?

People’s willingness to have a vaccine changes depending on how at risk they feel. In our surveys that we have been running in different countries we saw this. At the end of March, only 7% of the representative sample in the UK, for example, said they would definitely not take a Covid-19 vaccine. That number went up to 14% by the end of the summer, so that’s a doubling in the number of people saying they would not take a vaccine.

But it reflects the state of the pandemic. In March and April, that was the peak of the deaths we were seeing being recorded, so people’s motivation and openness to a vaccine was understandably a bit higher.

We are seeing parallels between the background confidence in other vaccines and willingness to take a Covid-19 vaccine, but it also depends on how much of a threat the disease is in each country.

France has some of the lowest acceptance levels – some colleagues at the French National Institute of Health and Medical Research (Inserm) did a survey for us and found 26% said they would not want a vaccine. I was not too surprised at that because in our multiple waves of vaccine confidence monitoring in 149 countries around the world, the French have the lowest index in confidence in the world. In Germany, 9% said they would refuse a Covid-19 vaccine while 20% said they wouldn’t have it in Switzerland and in Austria it was 18%.

‘But they are not simply divided into people who are pro-vaccines and those who are against – there are a lot of people in the middle who are not sure, they might take some but not others.’

What impact could this have?

It is a problem for herd immunity. I’m hearing most consistently that we will need 60%-70% vaccine uptake to get herd immunity. We are barely there in many countries in terms of willingness.

Individuals who are immunised will get the protection a vaccine offers, but you won’t get the additional population benefits if not enough people are vaccinated.

We don’t even have a vaccine yet, and there are real questions about whether we will be able to make enough at first, so reaching that 70% is going to be difficult. We will need to be very strategic – target frontline health workers and those who are most at risk.

Why is confidence in vaccines so low in some countries?

In France there is a long history of erosion of trust between the public and the government. It dates back to HIV being found in one of the government blood banks (in 1991) and the public were not informed (soon enough). That was also around the time when there were suspicions that the hepatitis B vaccine was having side effects (that it might be increasing the risk of) multiple sclerosis. This was completely investigated and there was no evidence of any connection, but the (French) minister of health at the time, because of the public panic, stopped the hepatitis B vaccination programme in schools against WHO advice. There was also a lot of anger in 2009 around the H1N1 flu vaccine, because some in the public felt the government bought too many because it was (too close to) big business.

Trust is a really important issue. Recently, in the Philippines, there was a (newly identified risk for) a new dengue vaccine that became quite politicised. People lost trust in the entire system – they not only didn’t take the dengue vaccine, but they didn’t take measles vaccines and stopped their children from getting deworming vaccines.

How can confidence in vaccines be improved?

We have to be really careful to recognise that just because someone is asking questions, they shouldn’t be dismissed or lumped into this 'anti-vaccine' group. It is perfectly legitimate and responsible to be asking questions. A lot of the young mothers who come to me say that they (should have) more empathy from the medical community.

And if we aren’t responsive to public concerns, and don’t have more of a listening ear, there can be broader societal effects of alienating people. If experts only talk about numbers, it can appear like they don’t have feelings. We need to be honest and have a more human face in the way information about vaccines is offered.

Is it possible to reach those who have strong beliefs and objections?

This isn’t really new. In the 1800s, the first anti-vaccine movement in the world was in the UK after it made the smallpox vaccine mandatory. People felt it wasn’t natural or ‘against God’s plan’. We see similar things today with the pro-nature movement. It is a deep-seated part of the lifestyle among a number of young mothers who are not taking contraceptives, are going gluten free, having home births.

And there is no reason why one has to exclude the other. We just need to find an area where the conversation can take place. The reality is that vaccines actually trigger our natural immune system.

Where can people get reliable advice about Covid-19 vaccines when they are ready?

The reality is that scientists are learning as much as the public at the moment. I would say it is better to rely upon known credible sources like universities, public health authorities, the WHO. One of my favourite sources of information is the Vaccine Safety Net – it is a really good resource of websites that provide reliable information. You might not find everything you want, but it is a great place to start.

Prof. Larson’s new book, Stuck: How Vaccine Rumors Start – and Why They Don’t Go Away examines vaccine confidence and what dwindling vaccine uptake could mean for human health the long term.

Prof. Larson is director of the Vaccine Confidence Project, which has received EU and Innovative Medicines Initiative funding, for two projects: ADVANCE and EBODAC. In 2018 she co-authored the State of Vaccine Confidence in the EU 2018 report and is co-author of the up-coming 2020 report for the European Commission. If you liked this article, please consider sharing it on social media.
More info