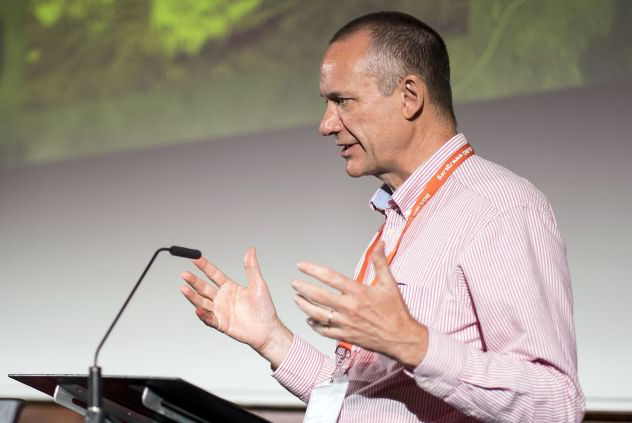 We will see increasing inequality and serious health implications if we do not change our food systems, says Prof. Peter Jackson. Image credit - Peter Jackson

Europe urgently needs to make its food system more sustainable – or else face growing food insecurity and health impacts – and the coronavirus pandemic offers us an opportunity to push for change, according to Professor Peter Jackson.

Prof. Jackson is co-director of the University of Sheffield’s Institute for Sustainable Food in the UK, and chair of a scientific working group advising the European Union on changing the food system.

What have the pandemic and government lockdowns revealed about Europe’s food systems?

The pandemic has highlighted our reliance on long and complex (and fragile) supply chains, and just-in-time delivery. When those supply chains are interrupted, we see quite stark consequences in terms of empty supermarket shelves in the short term.

But there are longer-term issues as well. For example, the EU’s reliance on imported food. The EU imports about half of its food.

It is really hard to crystal ball gaze about the future because Covid-19 is so recent … but I think it is likely to lead countries to look at their reliance on imports for example, and for there to be more support for local growing.

What does the coronavirus crisis mean for changing the food system – does it potentially make it easier?

Yes, I think it does. One of the few good things to come out of the pandemic is that it has made people think in terms of their interdependence with each other and with our planetary resources. It has made us more likely to think about an integrated food system, about global interconnections.

This crisis highlights the need for change and prompts politicians to see this with urgency. 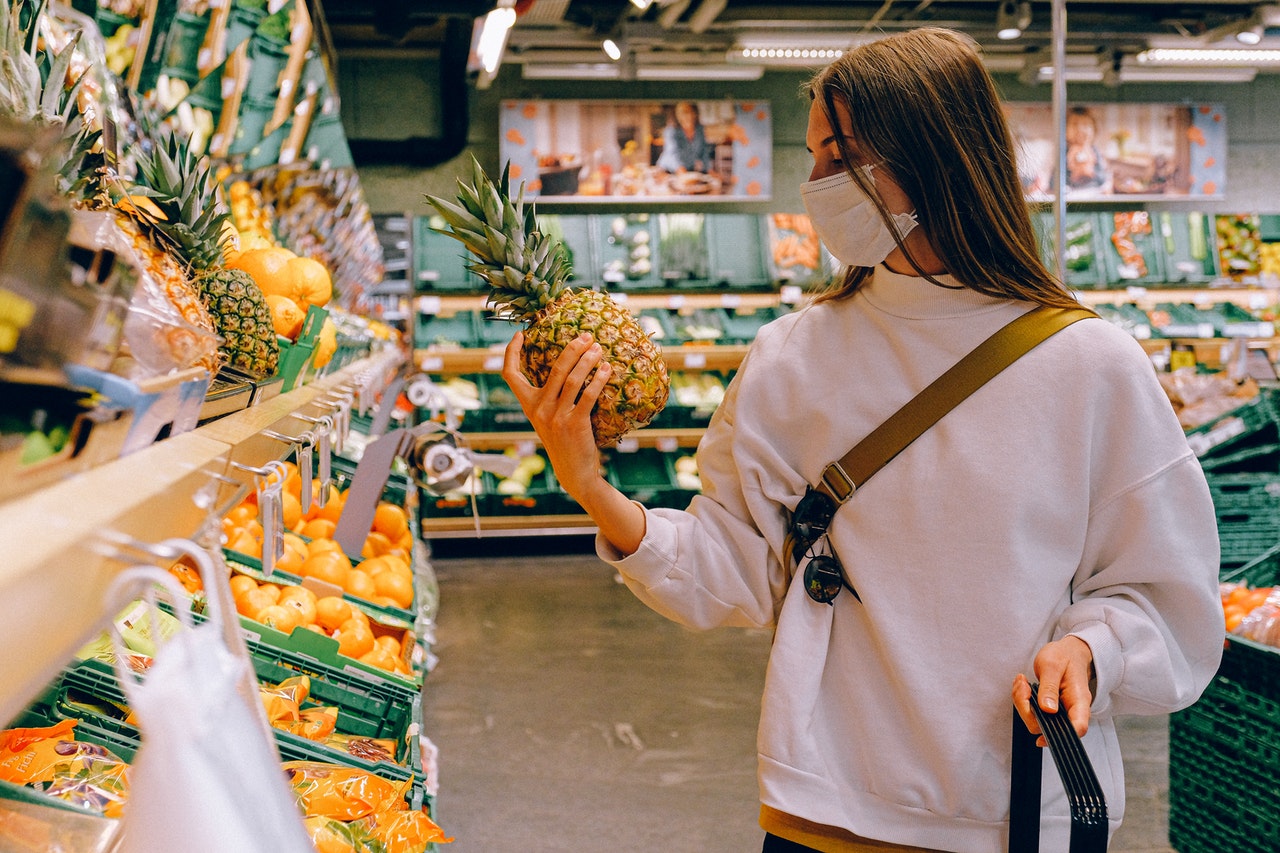 How is Europe’s food system unsustainable?

It is unsustainable in terms of the impact of the food system on climate change – and greenhouse gas emissions in particular. It is unsustainable because the current industrialised food production system reduces biodiversity, has negative effects on air and water quality.

And it gives rise to food insecurity for some of the poorest and most vulnerable people across Europe.

Two: Agroecology – organic food, local food, more seasonal food, a smaller-scale set of solutions. And the critique of that is, how scalable is that to feed a very rapidly growing global population?

Do we need to change the way we view food?

Yes, I think so. The current food system has managed to feed Europe well on the whole, and we have come to rely on a whole range of different foods being available in our supermarkets, and we expect shelves to be full.

But the price of that is a highly industrialised system that relies a lot on heavily processed, packaged foods, and that is very different from the diet Europeans would have had even a generation ago.

If we think about food simply as a tradable commodity, we have lost something of the meaning of food, and arguably, that is what has led to the current food system being unsustainable.

What do you think the new food system should look like?

Broadly, I think we need to move away from a linear system of production to consumption – producing large volumes of food of relatively low quality, highly processed, leading to high levels of waste. A third of the food we produce does not get eaten.

We need to move to a more circular economy, which would try to build sustainability principles into the system from the word go. So, you would not end up producing more food than you need, and you would not produce food that was so reliant on plastic packaging, for example.

‘There is almost no one in the food system who wants to waste food ... And yet, the system as it is currently set up produces large volumes of food waste.’

There is almost no one in the food system who wants to waste food, it is in no one’s interests. And yet, the system as it is currently set up produces large volumes of food waste. If we were to address just that we would have a more sustainable food system, irrespective of other things that we could do.

What is at stake if we do not change our food system?

The food system needs to change within the next few years, and certainly within the next generation. We cannot go on producing food in the way we do and expect to meet the demands of a rapidly increasing population.

There will be a whole series of implications not just within the food system but across the economy and society more widely if we do not change. There will be increased inequality in access to food and severe health implications from the overconsumption of processed food.

What good examples of change have you seen?

The (working group) report (published in April) highlights eight examples of good practice where there is good scientific evidence of their effectiveness, where we think they can be scaled up or replicated elsewhere.

One example is the Sustainable Food Cities Network in the UK, where authorities have committed to better procurement policies and more sustainable production. If you make procurement changes in hospitals, schools and prisons, you can make change on a dramatic scale.

Who in the food system needs to bring about change?

The food system is highly complex and … no single actor can produce change on the scale we need.

There are lots of farmers and lots of consumers at either end of the food system, but in the middle there are a relatively small number of corporations – particularly retailers.

In the UK, four supermarkets control around 80% of grocery supplies. They have a lot of influence, not just in getting food to consumers but also in terms of the requirements on farmers, and manufacturers and processors.

If the European Commission wanted to make significant changes to the food system, it may be best to focus on those bigger corporations and the retail sector as a key site of power.

What can governments do to change the system?

There is a lot of emphasis on behaviour change in governments across Europe that tends to focus on the so-called soft messages.

But the evidence in the report suggests that a combination of hard and soft measures is likely to be the most effective way of effecting change around the food system. 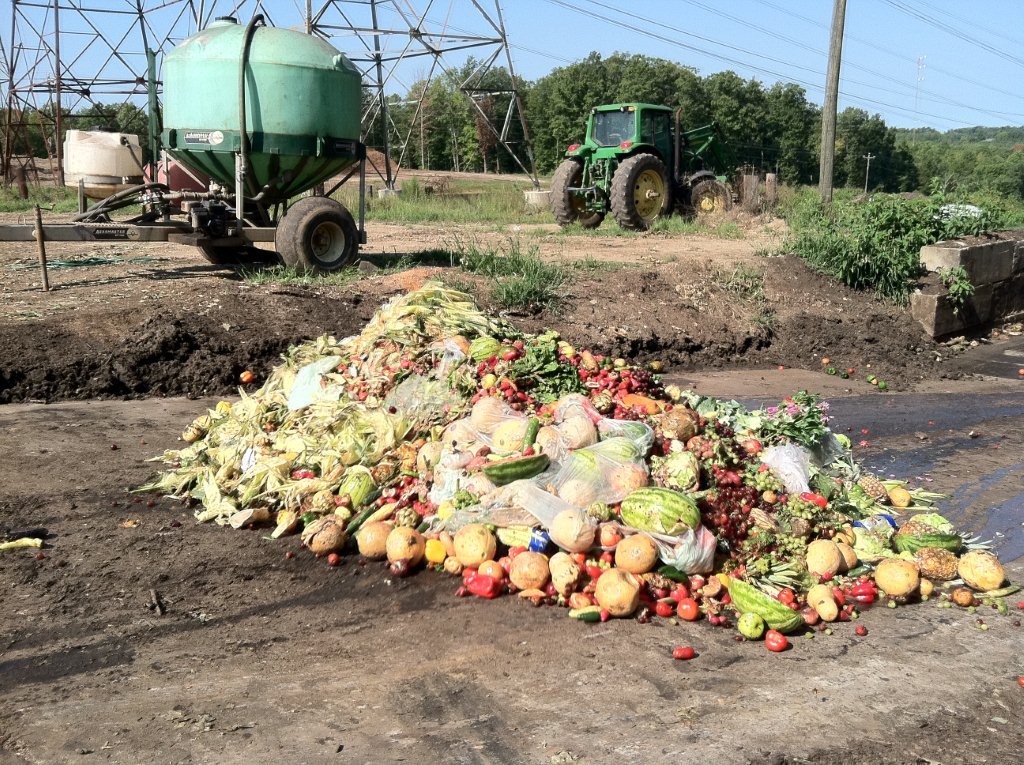 What are the biggest barriers to change?

There are barriers in terms of scale … it is quite hard to scale (agroecology) to a point where it could feed the whole European population.

There are corporations and farmers with vested interests. There are political barriers, institutional barriers, there is the asymmetry of power. There is the limited scope for individual citizens and campaigning groups to make a change on a big enough scale.

The Commission has a new Farm to Fork strategy for sustainable food. It has a more integrated circular view of the food economy, designed to reduce food waste for example, to be more equitable in terms of distribution.

It is a really good example of joined up thinking, which has been quite rare across the EU and in national governments until recently. I think things like Covid-19 will give further impetus to that kind of thinking about the need for greater collaboration and cooperation.

A sustainable food system for the European Union