Q&A: Coronavirus has shown the need for a global health system – but revealed its weaknesses too 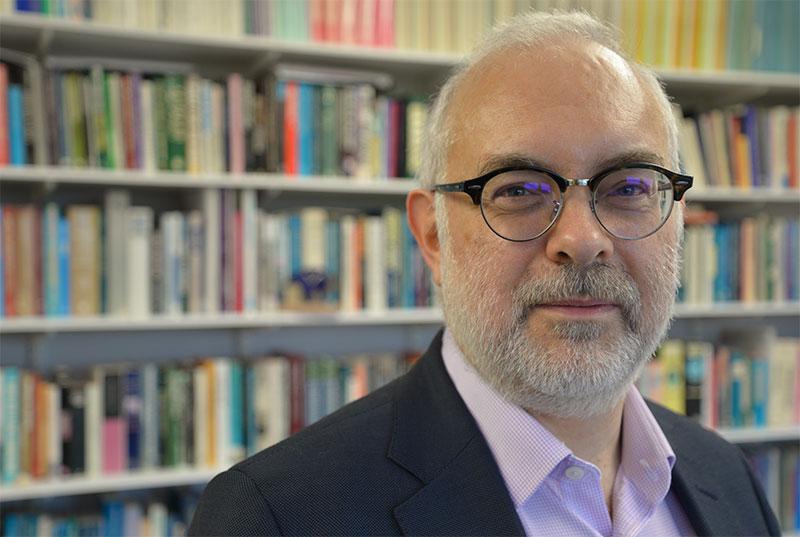 Covid-19 has shown us that countries that we thought were well prepared for something like coronavirus, were not, says Prof. McInnes. Image credit - Aberystwyth University

We are seeing a failure of global health governance in response to Covid-19 because there are too many agencies with different interests, according Professor Colin McInnes, pro-vice chancellor at Aberystwyth University in Wales, UK, who says global institutions such as the World Health Organization and World Bank should stand together in crises.

He ran a project called GHG that looked at how best to collectively protect and promote health in a globalised world, and says that coronavirus should be tackled not just as a health emergency but as an economic and development crisis too.

Why is it important to view health as a global issue?

There is a widespread recognition now that health issues and health resources are no longer totally within the control of individual states. Urbanisation and the rise of megacities in many parts of the world where people still keep chickens and other animals in close proximity allows new diseases to emerge and spread very quickly. People can get on aircraft and spread diseases internationally with remarkable speed too. Before coronavirus, it was estimated that at any time there were around one million people on planes in the air. Our ability to control the spread of disease is compromised by all this, so what we have to do is spot it at an early stage, which requires a global surveillance regime.

And as we have seen with Covid-19, (some of) the response is international too. The efforts to look for an antiviral treatment and a vaccine is an international effort between drug companies. Scientists around the world are working together on the disease. The supply of personal protective equipment (PPE) also relies on global supply chains. In Europe there was a joint procurement scheme for PPE, ventilators and testing kits.

But with coronavirus, we have also seen a shift in the global governance of health. If anything, we have now got this tension between the Emmanuel Macron view of the world that buys into the idea that we need strong global mechanisms, versus the US and Brazilian view, which is that this is someone else’s fault and they need to prioritise their own national interests first above all others – it is a rejection of globalism.

How do you manage health on a global scale?

If health threats are no longer in the control of individual states, then you really need to have some sort of global governance to ensure there is fair and equitable access to resources, to monitor what is going on and to coordinate disease surveillance so we can have an early warning of new diseases. This has led to a proliferation of international agencies involved in global health. The most obvious is the World Health Organization (WHO), but it is not the best funded of these – that is actually the World Bank. Then we have a number of other very heavily funded international initiatives all with different interests in global health.

How have these stood up in the face of Covid-19?

What we are seeing at the moment is really a failure of global health governance. The warning signs have been there for a while. The WHO has been monitoring national preparedness for a number of years now and the status (of countries from their annual reports) suggests that across the globe more states are unprepared for major disease outbreaks than are well prepared. And I think what Covid-19 has actually shown is that states that we thought were well prepared were not actually well prepared. They were prepared for pandemic flu but not for coronavirus.

‘What we are seeing at the moment is really a failure of global health governance.’

The WHO’s future has been thrown into question after President Trump announced that he would halt funding. What’s your view?

The WHO’s funding itself is only about twice that of a large metropolitan hospital. A lot of that funding is also ringfenced for particular programmes, so it doesn’t always have the agility (or finances available) to respond to a particular outbreak.

The weakness of the WHO in responding to the Ebola crisis was a clear signal that something wasn’t right. The WHO have applied a band aid to something which needs something much more significant if they are to provide effective global leadership.

What else have you noticed?

We haven’t seen the level of global cooperation that we might have expected to see. The UN Security Council has been very silent on this, for example. What I would have liked to see is the director general of the WHO standing shoulder to shoulder with the heads of the World Bank and other organisations to give a clear message about what needs to be done.

Why aren’t these organisations better at working together?

We ran a project a few years ago that tried to understand why there are all these different bodies when superficially at least there should be an overriding interest in promoting global health. The strapline of our findings was that ‘health is not enough’ – most of these organisations are interested in health plus something else. Some were interested in health and development. The World Bank’s interests are in macro-economic development and a necessary precondition of that is to promote good health. The UN Security Council is interested in health issues – particularly HIV and later Ebola – because of the role it can play in destabilising peace and security.

This has meant, however, that there is no coherent global governance for health as no one agency was in charge. And this was a problem when Covid-19 appeared.

How can the global response be improved?

Our main finding when we did our research was that you cannot see a global health or a health crisis on its own, independent of other sectors. It has to be viewed in the context of global economics, global development and international security because the other concerns will impinge upon the decision-making in global health. We are already seeing the pressure coronavirus is putting on economies and people’s lives.

Instead, global institutions need to stand much more closely aligned to frame the measures against the pandemic as being both good for health and good for the economy rather than treating them as competing pressures.

With the world focused on Covid-19, are other diseases being overlooked?

Disease outbreaks tend to capture the imagination in a way that obscures endemic conditions. This is something that has predated coronavirus – it happened with Swine flu ten years ago and Zika at the Rio Olympics. They captured the political imagination well beyond the actual impact they had.

One of the things I like to point out is that in excess of half a million children die each year in Africa from diarrhoeal disease, and very little is done about this. Yet, we know how to deal with these diseases, it is not like AIDS or Covid-19 which don’t have a cure.

So there were losers before the coronavirus came along, and there will be losers afterwards too. It has to do with how diseases that will affect affluent countries tend to be prioritised over those that affect only those in middle- and low-income countries.

But we may see some setbacks where progress was being made. We are seeing problems with polio already – the people who administered polio vaccines have had their movements restricted and so are not able to deliver these vaccines.

What do you think a post-Covid-19 world will look like?

We could see a new emphasis and interest in global health governance or we might instead see resurgent nationalism and an attempt to provide national solutions to health.

Historically when you get these sorts of interruptions, if they are relatively short, life tends to return to normal. On the other hand, these events can jolt the way we think about the world, the way we live, the way we work. We have seen people working from home more and using transport less, which has direct impacts on attempts to achieve carbon neutral emissions, for example. But is this crisis going to have that kind of galvanising effect that leads to long term change? The jury is still out.

This interview has been edited and condensed for clarity.