Every day food is thrown away and squandered by the lorry-load. EU researchers are developing ways to cut waste – of both food and its packaging.
By  Andrew Dunne
Researchers are working on making ‘best-before’ dates more accurate to prevent food from being discarded unnecessarily. © Oleksboiko, Shutterstock

Dr Anastasia Ktenioudaki has been tracking strawberries in Ireland with high-tech sensors. She was part of a recent European research project to reduce the enormous amount of fresh food that gets thrown away because it doesn’t get eaten before the date listed on the packaging.

‘We have a serious problem with food waste,’ said Ktenioudaki, one of the experts behind the Horizon-funded FreshProof. ‘We need to come up with new solutions for everybody to tackle it.’

Globalisation has produced a paradox in the food industry: while vastly expanding the range of products on store shelves, it has contributed to greater amounts of food going unconsumed by making it more abundant and lengthening the journey from farm to fork. Almost a third of all food produced is squandered or lost, according to the United Nations World Food Programme, even as hundreds of millions of people around the globe face hunger.

In the European Union, legislation requires that most pre-packed foods display a date indicating a threshold in their safety (‘use by’) or quality (‘best-before’). As part of a general review of food-labelling rules, the European Commission is considering a proposal to abolish altogether the use of ‘best-before’ dates.

Ktenioudaki’s team has developed a sensor system that monitors the environmental conditions for produce at each stage in the supply chain. With this bit of innovation, the researchers are confident they can offer much more accurate ‘best-before’ dates and prevent food from being discarded unnecessarily.

‘Typically, food-supply chains work using a first-in, first-out principle whereby whatever produce first comes into a distribution centre or shop will also be the first to leave,’ said Ktenioudaki. ‘Given the current global trading of food, we now need a smarter system so that - instead - we can prioritise those fresh products that will expire before others.’

From pasture to plate, numerous factors affect the lifespan of fresh produce. These include pre-harvest conditions, such as the amount of rainfall or sunlight, and post-harvest ones like temperature changes and even road vibrations as food is transported by lorry.

Given the current global trading of food, we now need a smarter system so that - instead - we can prioritise those fresh products that will expire before others.

With FreshProof, Ktenioudaki believes combining data about a product’s growing conditions and its journey to the shop will help make more accurate predictions about its actual shelf life. This means more goods getting to the consumer at the right time, and less wastage.

‘We make standard assumptions about the environmental conditions for produce which informs how ‘best-before’ dates are determined,’ Ktenioudaki said. ‘We know things will go wrong along the way when it comes to transporting food products, but we can understand more about what impact that has on a product’s shelf life and use that knowledge in a smarter way.’

That’s where strawberries in Ireland enter the picture.

Ktenioudaki was part of a team at the University of South Florida in the US that developed a system using multiple sensors and cloud-based software to predict the shelf life of produce. The project drew on years of expertise among farmers and distributors about when a product is past its best.

‘Strawberries are a high-value – but highly perishable – product where time and temperature are often of the essence,’ said Ktenioudaki.

In addition to using temperature sensors along the distribution routes, the researchers employed hyperspectral cameras to provide detailed insights into when fruit is on the turn. In time, this technology could work with standard cameras. 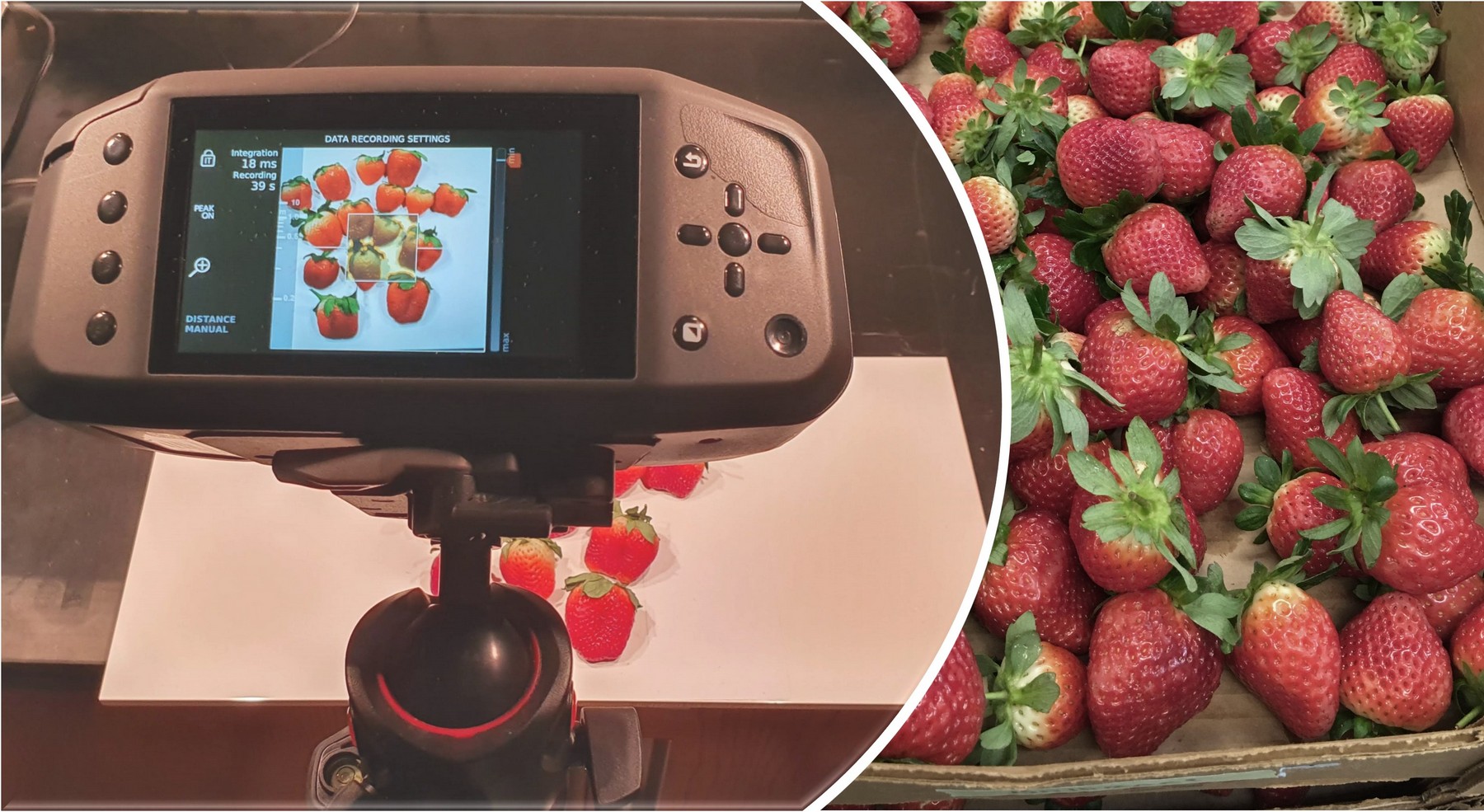 Armed with these insights, the team now wants to scale up its work, find new commercial partners and investors, and apply the FreshProof concept to other fruits as well as to vegetables.

‘In future this approach could apply to any fresh product, and it could even help assess products in your fridge,’ Ktenioudaki said. ‘Advances in technology and AI are rapid and we believe this can make a really big impact in enhancing supply chains, reducing food waste and protecting food security.’

The problem of waste extends beyond foods themselves to include their packaging, for which the industry generates lots of plastic.

Another team of scientists used its material-chemistry expertise to develop BIOSMART, which aimed to cut down on the copious amounts of plastic wrappings used for foods as well as to extend the shelf life of fresh produce. The BIOSMART project is funded by the Bio-based Industries Joint Undertaking (BBI JU).

‘Food waste is one problem - plastic is the other,’ said Dr Amaya Igartua, who coordinated the project. ‘We have a situation where existing compostable materials aren’t strong enough to protect the product, so we use plastics.’

Food waste is one problem - plastic is the other.

Hardly any food packing is compostable and many plastic forms are not recyclable.

One of Igartua’s solutions was to engineer more durable bio-based materials solid enough to carry food but able to break down afterward.

A second goal was to design packaging using only fully compostable or recyclable materials. Containers are often composed of multiple types of plastic and may include aluminium, complicating any recycling.

BIOSMART was encouraged by early test results, which signalled the direction for the next generation of compostable or recyclable food packaging.

The project also found the public to be receptive. Now the plan is to increase investments and expand research to get these packaging products into shops.

Like FreshProof, BIOSMART is also tackling food waste by using sensors that detect marginal differences in the gases - oxygen, amines and carbon dioxide – inside packaging. The gas-level changes, detected by sensors printed inside the packaging, affect the food’s condition.

Increased levels can hint that a product is going off, providing accurate, real-time, information as opposed to an arbitrary ‘best-before’ date. The concept has already been tested for packaging containing cheese, ham and fish.

In time, Igartua hopes this technology will help distributors and consumers reduce the amount of food that is thrown out.

Ultimately, she believes it could also help revolutionise how food is both sold and stored. To get to that stage, her team is working with academic and industrial partners around Europe to finance the next step of the work.