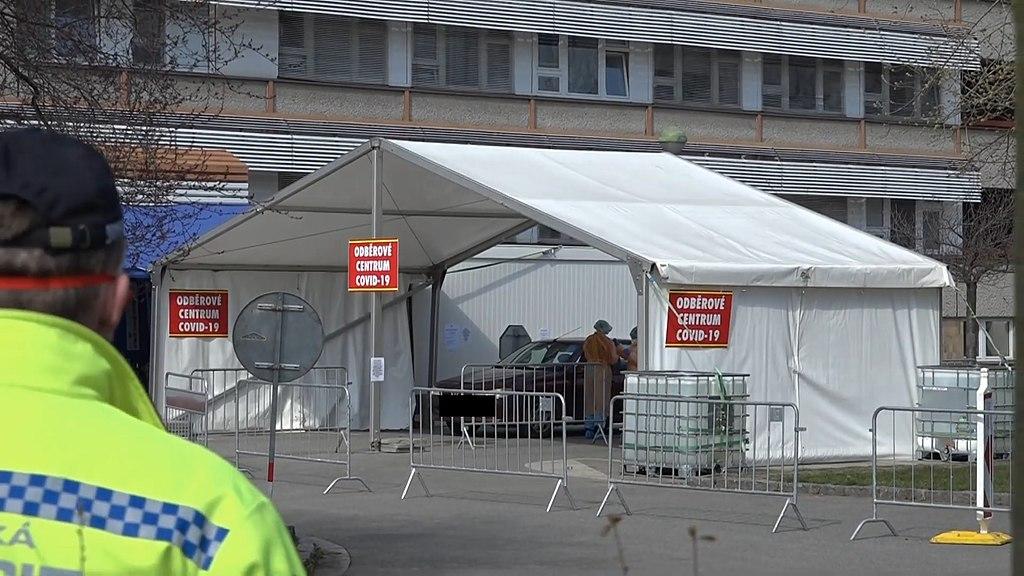 There is a trade-off between speed and reliability when it comes to tests for diagnosing coronavirus. Image credit - Statutární město Hradec Králové/Wikimedia, licensed under CC BY 3.0

To diagnose and contain the spread of coronavirus, testing is critical. There are two types of Covid-19 tests — those that are designed to detect whether you have the infection now, or those crafted to check whether you have been previously infected by the virus — SARS-CoV-2 — that causes the disease. Like any other product these tests have varying degrees of accuracy and reliability, and can be used to achieve different aims.

We want technologies that are fast, accurate, have high capacity, that don't require expensive, complex laboratory equipment or the expertise of highly trained people, but there's nothing which fills all of those criteria at the moment, says Professor Jon Deeks, a biostatistician and testing expert at the University of Birmingham, UK. ‘We haven't got any perfect test like that, but there are some which are sort of good in some aspects, but not in others.’

Here are five things to know about coronavirus tests:

While antigen tests look for proteins on the surface of the virus to ascertain the presence of the pathogen, PCR (polymerase chain reaction) tests are engineered to seek genetic material called RNA that instructs the virus to make these proteins.

Both tests also require a swab from the back of your nose or throat as a sample and cannot determine whether you are contagious if positive but that’s where the similarities end.

In the case of PCR, the sample is sent to a lab where it is heated and cooled using special reagents to convert the virus's RNA into DNA, and then make millions of copies of the DNA, which allows for the identification of the organism. This process can take hours, requires sophisticated lab equipment and technicians, and is typically done one sample at a time, although there are machines that can process multiple samples. Although the sample needs to be sent to a lab, the time consuming process delivers as the results are almost 100% accurate in spotting infected people when there is virus on the swab.

In contrast, antigen tests — often referred to as rapid tests — work by mixing the sample with a solution that unleashes specific viral proteins. That combination is then applied to a paper strip that contains a bespoke antibody optimised to bind these proteins if they are present. Like a home pregnancy test the result is reflected as a band on the paper strip.

The process doesn’t require a lab, and can be done in up to 30 minutes, but that speed comes at the cost of sensitivity. Although these tests are reliable when an individual has a high viral load, they are far more prone to false-negative results if a person has low amounts of the virus in their body.

In general, a highly sensitive test has a low false negative rate but runs a risk of false positives if its specificity is not up to scratch. On the other hand, a highly specific test runs a risk of false negatives if the test’s sensitivity is poor, but will generally have a low false positive rate. PCR tests are considered the gold standard because they are generally highly sensitive and highly specific.

In the UK, an antigen test called the Innova lateral flow test was piloted in the city of Liverpool as part of the government’s plans to carry out mass vaccinations in the country. The aim was to allow workers back into offices and allow families to hug their loved ones again in care homes, Prof. Deeks notes.

But this ‘test to enable’ strategy backfired when scientists found that in a population of mostly people with symptoms the test’s sensitivity fell to about 58% when administered by self-trained staff, versus 73% when tested by skilled research nurses and 79% when tested by laboratory scientists. In a study that looked at people without symptoms, the sensitivity fell to roughly 49% versus PCR tests.

‘So, there's this gradient of saying, the more experienced people are at doing the test, then less cases will be missed,’ he said. There are some stages that have to be followed very carefully, he says, like reading it accurately. ‘Sometimes it's hard to tell whether that's a line or whether it's a smudge,’ said Prof. Deeks.

PCR tests are processed in the lab, so the potential for error is much lower, he adds.

Test makers are also trying to develop at-home tests but given the lessons we've already learned about how rapid test accuracy depends on who administers it, that's a problem, Prof. Deeks suggests.

‘If people can do tests more easily, then more people will be tested… but I don't think we've got the test to do it yet,’ he said. He adds that there aren’t any good studies looking at what benefit this extra testing would have, for instance, what impact repeated false-negative results could have on behaviour.

In a proposal for common rules on rapid antigen tests published on 18 December, the European Commission said that rapid antigen testing should be carried out by trained healthcare personnel or other trained operators.

‘If people can do tests more easily, then more people will be tested… but I don't think we've got the test to do it yet.'

If a test, like the Innova test, is missing up to half the cases then nobody can really be considered free of the risk of having or transmitting infection, Prof. Deeks notes.

‘You're always going have a small percentage of those people who are missed by all tests,’ said Gary Keating, chief technology officer of HiberGene, an Ireland-based company that has a Covid-19 test. The test utilises LAMP technology, which is a low-cost alternative to PCR technology.

‘I think it's always dangerous to taking a single diagnostic test in isolation, and use that as the basis to go and make a very significant medical or lifestyle decision,’ said Keating.

Used on a large scale, results could lead to false sense of security, according to Prof. Deeks.

Governments are keen to use rapid tests as they are cheaper and faster to deploy for mass vaccination campaigns, but because they have limitations in terms of accuracy then it is key to not use negative results to enable more risky activities such as meeting your elderly or vulnerable loved ones, he says.

Some countries, like the United States, advise getting a PCR test if individuals with symptoms test negative with a rapid antigen test to confirm the result.

Although rapid tests are good at catching people who have high viral loads, it isn’t yet clear what the viral threshold must be to thwart contagiousness. With Covid-19, those that are infected see a peak in viral load in the early phase of the infection, but viral RNA can stick around for weeks or even months.

Antibodies are soldiers deployed by the immune system in response to a foreign invader — in this case SARS-CoV-2. ‘Originally, there was hope that antibody tests might enable us to diagnose disease quickly and easily. But it turns out, the tests don't turn positive for two to four weeks (post infection),’ said Prof. Deeks.

And the plot thickens, because even if you test positive for antibodies — that information doesn’t tell you much, apart from the high likelihood that you had contracted Covid-19 in the past.

‘We don't really know what levels of antibodies leads to protection (from disease) and indeed, which kind of antibody is the most important — I'm not sure whether there's consensus on that either,’ he said.

It is also unclear how long Covid-19 antibodies persist in the body, or that anybody who has tested positive for antibodies won’t catch the virus again.

Where these tests could come handy is in estimating the spread of Covid-19 at a population level — for instance, what percentage of the population and what ethnic groups have contracted Covid-19, as well as in measuring the durability of vaccine responses, Prof. Deeks adds.

HiberGene’s coronavirus test was one of the initial 18 emergency projects funded by the EU. If you liked this article, please consider sharing it on social media.

Proposal for a common framework for the use, validation and mutual recognition of COVID-19 rapid antigen tests in the EU

Cancer research needs to change so that cancer treatment can become truly personalised, according to Professor Martine Piccart.
END_OF_DOCUMENT_TOKEN_TO_BE_REPLACED