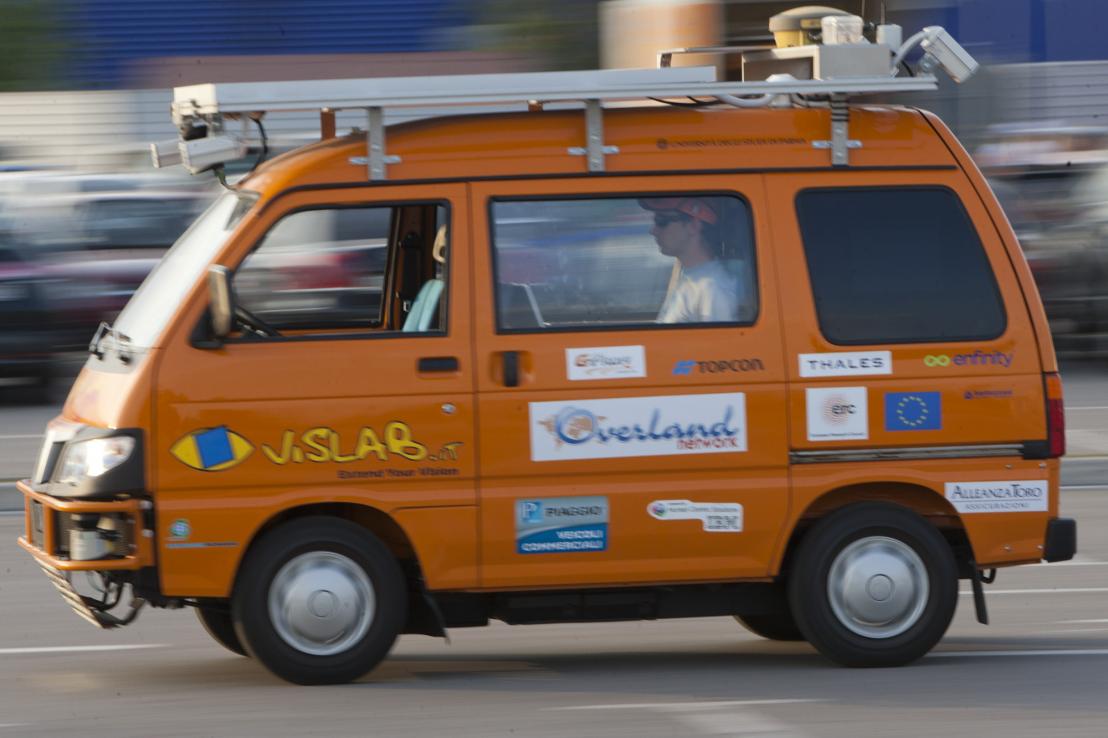 The VisLab vans took three months to drive from Parma to Shanghai. © VisLab

Vehicles without drivers can go far, very far. Such as the ones from the VIAC project, led by Professor Broggi from VisLab at the University of Parma, Italy. Its vans drove from Parma to Shanghai, China in three months, without much human intervention.

The two orange vans of the VIAC project (VisLab Intercontinental Autonomous Challenge) do not really look like any other that you would see on the road. Because of their colour? Yes, but also because of the many sensors, cameras, satellite transceivers and solar panels that protrude from their bodywork.

In mid-summer 2010, these two vehicles left Parma for the huge trip to Shanghai. A trip accomplished in three months… without a driver, or nearly.

‘It was on the occasion of the World Expo of Shanghai,’ said Prof. Alberto Broggi, who took advantage of the advanced grant he was awarded by the European Research Council to develop this project. He is the director of the VisLab, a laboratory active in theoretical and applied research on environmental perception – a field of applied research that includes intelligent vehicles.

The vans left Parma on 20 July and arrived safely in Shanghai on 28 October, driving over 15 000 kilometres. Each vehicle had a series of cameras and laser scanners. By fusing the information coming from these tools, the scientists reconstructed the 3-D surroundings.

The first van was partly driven by a human, especially in cities or densely populated areas. The second vehicle followed it. If the first vehicle was visible, then the second one simply followed. If they lost sight of each other, the second van would then rely on the GPS positions sent by the first van to find its way around.

Needless to say, when these transcontinental vehicles arrived in Shanghai, they were the main attraction of the EU pavilion at the Expo!

Soil is a finite resource that is fast deteriorating as a result of human activity.
END_OF_DOCUMENT_TOKEN_TO_BE_REPLACED