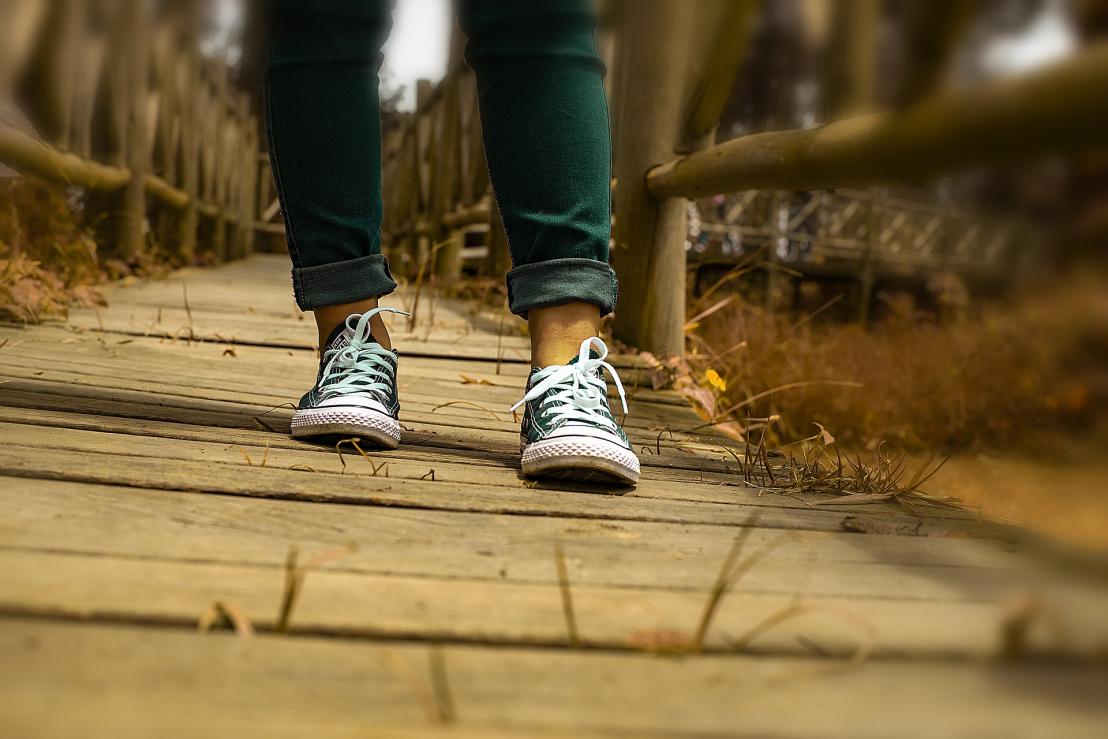 More than half of people with advanced Parkinson's disease experience freezing of gait, which can lead to falls. Image credit - Fernandoz Himinaicela/ pixabay

Paolo Sanvito would often freeze like a statue after entering a meeting room when he was working as a manager in a multinational company. Known as freezing of gait, it’s a disabling symptom of Parkinson’s disease, a degenerative brain disorder that he suffers from.

During a freezing episode, a patient feels like their feet are stuck to the ground for a few seconds or more while they are trying to take a step. ‘You can be walking or trying to stand up from a chair and your body does not respond anymore to your commands,’ said Francesco Cecchini, co-founder and CEO of Gondola Medical Technologies in Switzerland. ‘Patients can very often fall following a freezing episode.’

Furthermore, when other people are around, the inability to move is more likely to occur and can be more intense. In Sanvito’s case, having colleagues stare at him during a meeting would result in a more extreme episode.

More than half of people with advanced Parkinson’s disease experience freezing of gait but existing treatments don’t work for everyone and have limitations. Medication helped Sanvito, for example, but the effect would wear off so he had to plan his work agenda around his pill schedule.

In some cases, physiotherapy can also alleviate the symptom, especially if combined with cues such as stepping sideways first or timing steps to a rhythmic beat. And deep brain stimulation (DBS) – a procedure where two electrodes are implanted in the brain and stimulated with electrical impulses – can provide relief but requires major surgery and can cause discomfort.

Better treatments for freezing of gait are therefore needed. Dr AmirAli Farokhniaee, a post-doctoral fellow in the neuromuscular systems lab at University College Dublin in Ireland, and his colleagues are focussing on improving DBS as part of the DBS Model project led by Professor Madeleine Lowery. ‘It can work for rigidity of gait but I think we can still make it better because there is a percentage of people that don’t get all the therapeutic benefits,’ said Dr Farokhniaee.

The team also wants to make the therapy less invasive. Initially, this could be by using shorter electrodes that don’t penetrate as deeply inside the brain. They would also like to see if adding pauses between pulses instead of constant stimulation could be more comfortable for patients while having the same effect.

Freezing of gait is hard to address since the brain mechanisms responsible for it remain unclear. Several brain regions, such as some related to motion and anxiety, seem to be involved, as well as failing brain networks. For example, it has recently been found that when healthy individuals walk, communication between the subthalamic nucleus and cortex – two key areas that play a role in locomotion – are synchronised. But during freezing of gait, the activity is decoupled.

Furthermore, how DBS works and why it gives patients relief isn’t fully understood. ‘It’s like a technician who changes a resistor in a circuit, and he doesn't really know what happens in the electric circuitry but it's working,’ said Dr Farokhniaee.

The therapy typically stimulates the subthalamic nucleus, where the misfiring of neurons is linked to problems with movement experienced by Parkinson’s patients. However, identifying additional areas involved in freezing of gait and other symptoms could lead to new targets. 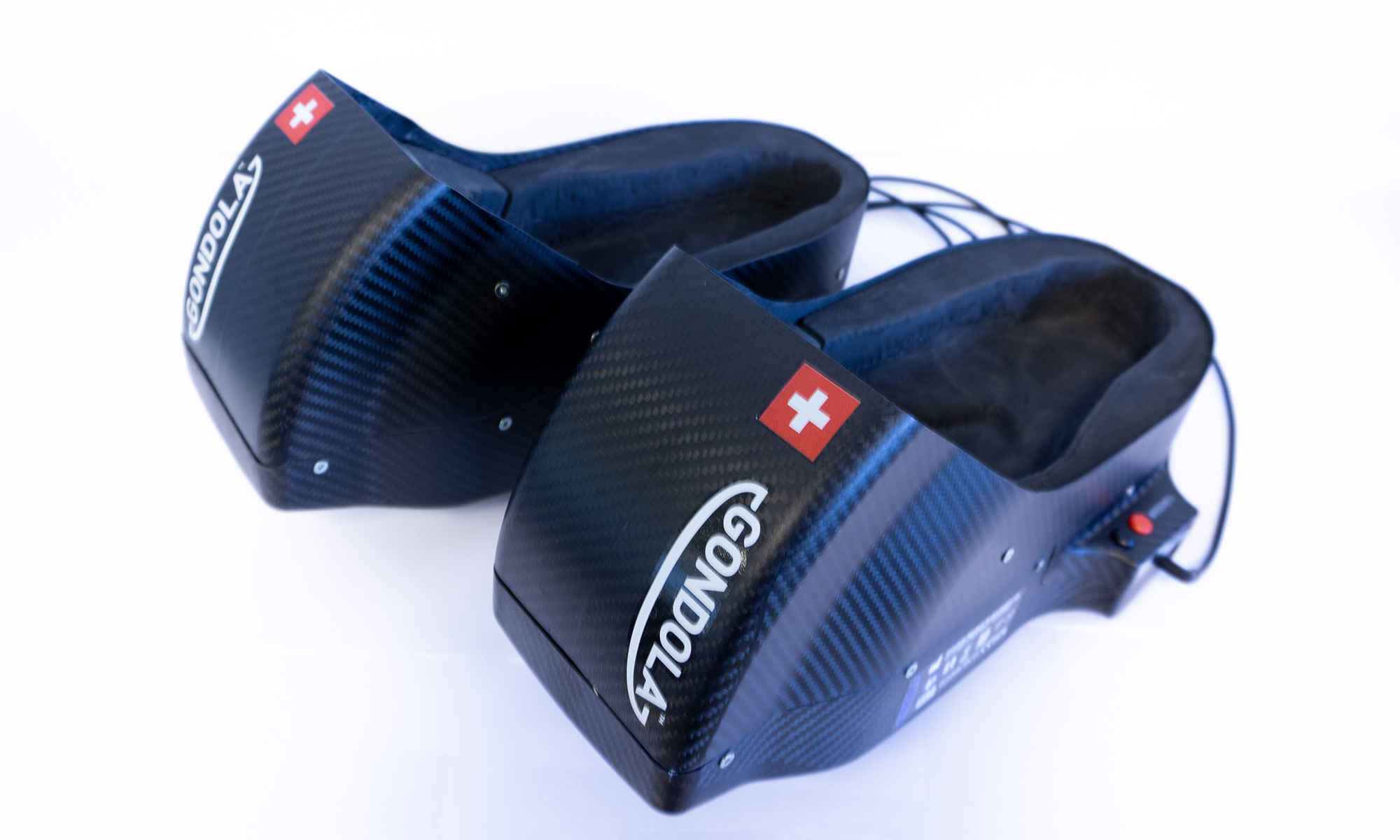 The team’s first step is therefore to try and uncover how DBS is affecting the brain by creating computer simulations. They are mimicking the therapy on models of different parts of the brain to see how their activity or functions change. ‘This is one of the very basic things that we have to do,’ said Dr Farokhniaee. ‘With the simulations, we can improve current methods of deep brain stimulation.’

Meanwhile, in Switzerland, Cecchini and his colleagues are testing whether stimulating an entirely different part of the body - the feet - could improve communication between body and brain to treat freezing of gait.

Cecchini and his colleagues have developed a portable device, called Gondola, that can be used at home. When attached to a patient’s feet, it physically stimulates two areas on each foot – the top of the big toe and the metatarsal joint further down – for about two minutes. ‘In most cases, the benefits are immediate and last up to three to four days following the treatment,’ said Cecchini.

The device modifies how movement is processed by the brain and spinal cord by increasing messages sent from nerves in the body. By doing fMRI brain scans of Parkinson’s sufferers, Cecchini and his colleagues have also shown that the stimulation increases connectivity between the cerebellum, basal ganglia and frontal motor cortex, three key areas involved in movement. ‘(The treatment) is the first of its kind,’ said Cecchini. ‘It's really unique as far as results and effectiveness.’

Sanvito, for example, came across the Gondola device by chance and noticed immediate improvements after trying it. ‘It allowed me to get back to normality, without needing to increase the dosage of my medications,’ he said.

‘You can be walking or trying to stand up from a chair and your body does not respond anymore to your commands.’

Cecchini and his team are currently working on improving the device so that it can be linked to a phone app. It will be able to monitor patients and remind them to repeat the treatment if freezing of gait is starting to recur. It will also be able to remotely tweak stimulation settings, which need to be adjusted once or twice a year.

The team is now exploring how the device could be used to help stroke patients too. The condition, which occurs when blood supply to the brain is interrupted, affects about 15 million people a year worldwide. About 60% of sufferers will have long-term disabilities as a result, such as difficulty walking and balance problems.

The Gondola device could, however, provide a quick fix, using the exact same treatment used for freezing of gait. ‘From what we have seen so far, patients who have had a stroke respond very well to our treatment,’ said Cecchini. ‘It’s very exciting because we are really providing people with an improvement to their life.’

Soil is a finite resource that is fast deteriorating as a result of human activity.
END_OF_DOCUMENT_TOKEN_TO_BE_REPLACED