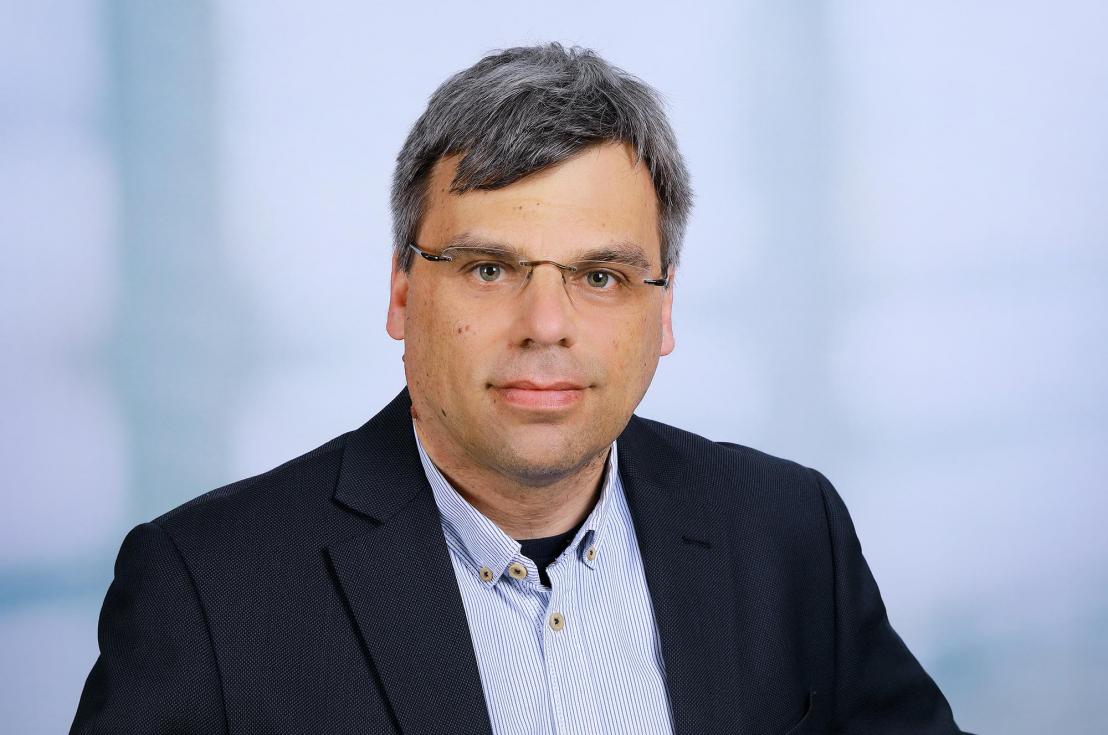 Prof. Wendland believes it is possible to restore the Notre Dame in Paris in an authentic and most respectful way by the 2024 Olympics. Image credit - Prof. David Wendland

Medieval stonemasons built soaring vaulted ceilings such as those of the cathedral of Notre Dame in Paris, France, using techniques that are still not completely understood today.

The challenge of restoring Notre Dame after the fire in April presents an opportunity to unravel the techniques of the time, says Professor David Wendland, chair of construction history at Brandenburg University of Technology Cottbus-Senftenberg in Germany, who recently deduced how intricate, late Gothic vaults were constructed.

What is special about vaulted ceilings?

‘A vault is a self-supporting ceiling built of masonry which is stable due to its form - which is curved or double curved. A vaulted ceiling is a beautiful architectural feature but its main role is that the inside of the church is protected when the roof burns down.’

‘If a vault has the wrong shape, you can build it as solid as you wish but it will fall down. We have the impression that they (medieval stonemasons) knew very well what they were doing. It happens very often that I just stand there with an open mouth and think: “Gosh, they were good.”’

You investigated the design principles of late Gothic vaults through a project called REGOTHICVAULTDESIGN. How were the vaults originally built?

‘We can suppose they were guessing, but that would have been very dangerous. In historical sources, we do find some collapses but there are very few. Somehow they did it right and what is interesting for us historically is to understand what their idea of mechanics was.

‘These structures are extremely complex in their shape because they need this curvature to be stable. The problem we were working on is: how could the master builder tell the stonemasons exactly what they had to do? They had to (transmit the necessary geometric information to) enable every stonemason to produce the piece exactly according to the project, and to make them fit together.

‘And the other problem is, how did they think that vaults work mechanically? Today we have tools in order to understand what makes a shape stable with a given setting of loads. We do not know how they understood when a vault was stable or not.’ 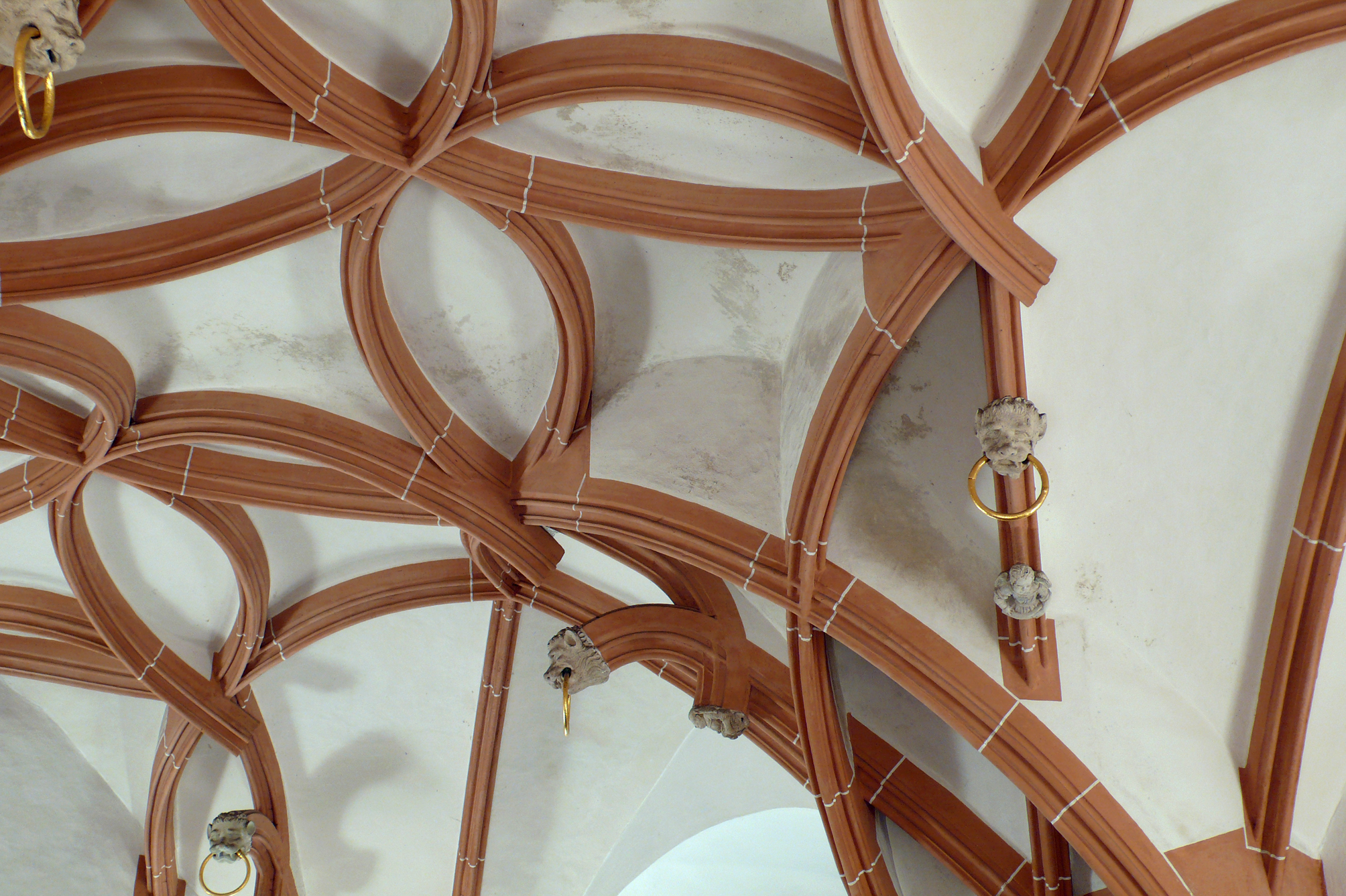 How did you work out the methods behind the complex late Gothic vault at St Anne's Church in Annaberg-Buchholz, Germany?

‘It took scientists and really good craftsmen and technicians from the Strasbourg Cathedral restoration workshop to replicate the medieval process.

‘The design of the vault starts from the curves. You can draw them, and if they are spatial curves, you can develop them to the (two-dimensional) plane.’

So the key was to represent a three-dimensional set of curves in a two-dimensional plane?

‘The process is to understand how I can create a system which I can draw in the plane. And we were able to do that. We made a lot of 3D measurements on the vaults. We analysed these data on a computer and we reconstructed the geometry from there. That was the hypothesis on the (structural) design. Then we had to work out how that was done.

‘We tried to understand what design procedures for geometry they used. And, on the basis of what we know about the applied geometry of the time, we figured out what could have been the way, but we had to try it out.’

‘A vaulted ceiling is a beautiful architectural feature, but its main role is that the inside of the church is protected when the roof burns down.’

How did you achieve that?

‘We had to draw the (entire) vault in full scale, in the same size which (it) is supposed to be built. We did that on a plaster surface (of 180m2) where you can draw with a needle.

‘From this drawing, you have to produce templates (two-dimensional cut-outs that can be used to trace the cutting instructions onto the stone) and you have to understand how these templates work in order to make curved stone. So we made it all the way from what we would call today the executing drawing to the production of the stone member.

‘We now understand how the geometric design and the instructions for carving were made in the period of late Middle Ages and Early Modern (from around 1250 to late 16th century).

‘Until now, only the modern procedures – from 19th century onwards – were well-known.’

Why is it so important for restoration to understand how medieval vaulting was built?

‘The process you use for designing and planning also determines the shape. So if you use a modern process you will get a difference – maybe slight, but clearly visible – from the shape of the original.’

‘The spire and the vaulting directly beneath it were (built in the) 19th century. During the fire, the spire fell roughly in the direction of the main façade and the greatest damage is there in the nave vaulting (12th century). And there is one part of the 12th century webbing (infill between the ribs), also in the transversal area, which has collapsed.'

‘In the vaults we studied (the late Gothic vaults in central Europe), the ribs are more complicated because they … have intersections on different levels. With Notre Dame, they are straightforward plain arches.

‘But in Notre Dame the webbings are of cut stone and in the period we studied they are made of bricks.

‘You can chop a piece away to make a brick fit in place. But with stones you cannot just stand on the scaffolding and chop them to the right size - you have to prepare them beforehand. There is no book where you can read (how they did) that.’

How should the Notre Dame restoration be done?

‘From the conservation point of view, you should reproduce the 19th century vault (according to 19th century methods). But we should definitely reconstruct the medieval vaults as they were in the Middle Ages and we still have to understand how this was done.

‘I think we should use this very sad moment to learn how this was done, to restore it in a way that also makes us understand very well what is there and to have this knowledge again in our culture.’ 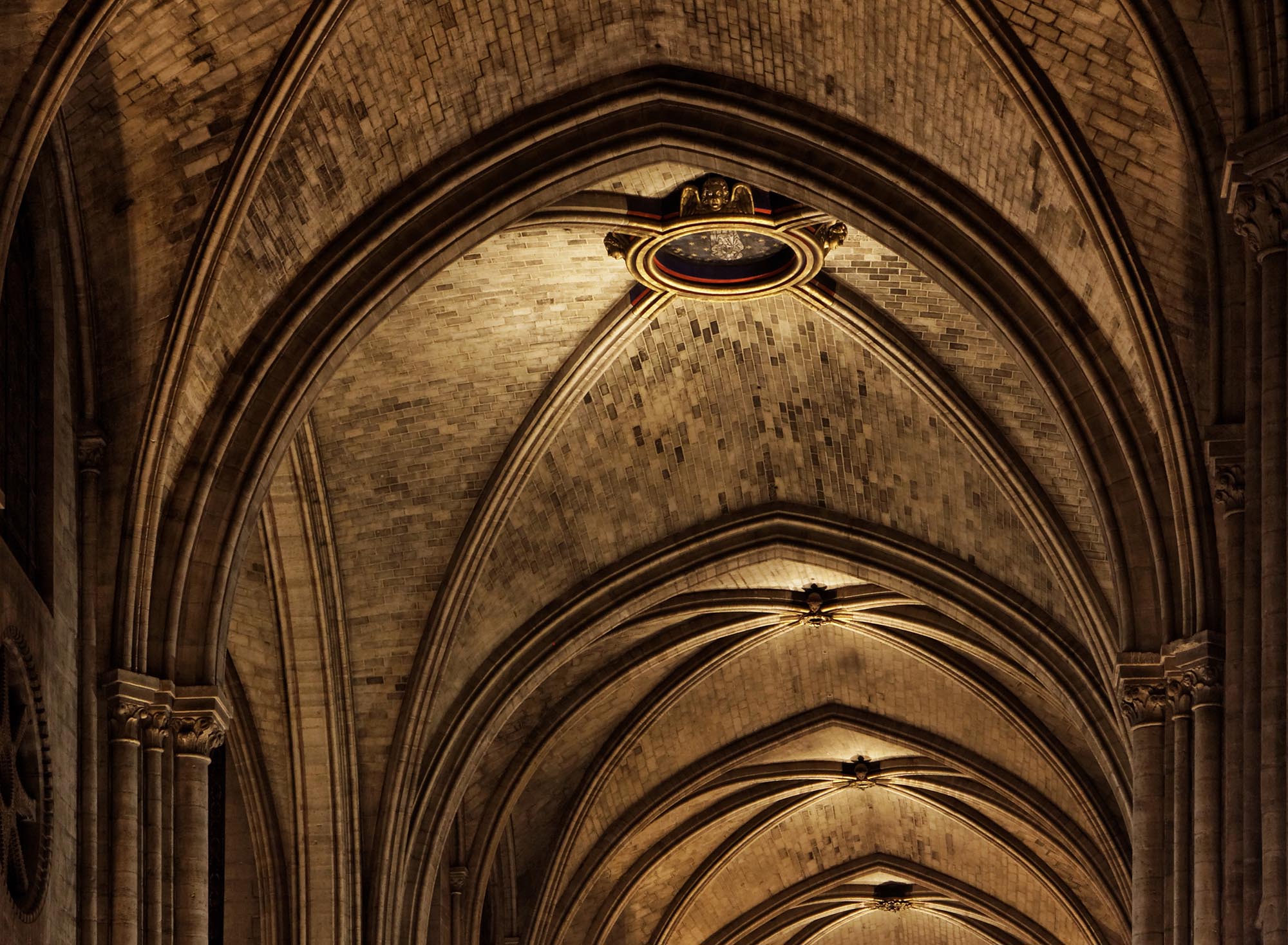 Won’t that take too long? French President Emmanuel Macron wants it restored in time for the Olympics in 2024.

‘We (historians and restoration experts) are all a little afraid that there is now a rush, but … I think this is feasible if we organise, concentrate and mobilise a lot of resources.

'There is now an initiative of scientists (with already more than 170 members of many different areas) that tries to bring together all the know-how necessary for reconstructing Notre Dame in the most authentic and most respectful way. It is definitely feasible.’

Starting in 2019, the European Commission has committed the next two years to preserving and promoting cultural heritage through five key approaches. These actions include funding more inclusive cultural experiences through pop-up exhibitions in public spaces, rewarding cities for their original approach to tourism – Helsinki and Lyon share the title of being 2019’s European capital of ‘intelligent tourism’ – and protecting Europe’s endangered heritage through renovation to withstand events such as earthquakes. Following the fire in April that engulfed Paris’ Notre Dame cathedral, the EU is working to establish a better mechanism for pooling together funds and talent to safeguard vulnerable cultural heritage. The last two aims include supporting the mobilisation of knowledge and the development of cultural heritage skills and professions as well as boosting international cooperation by working with other countries to protect heritage.