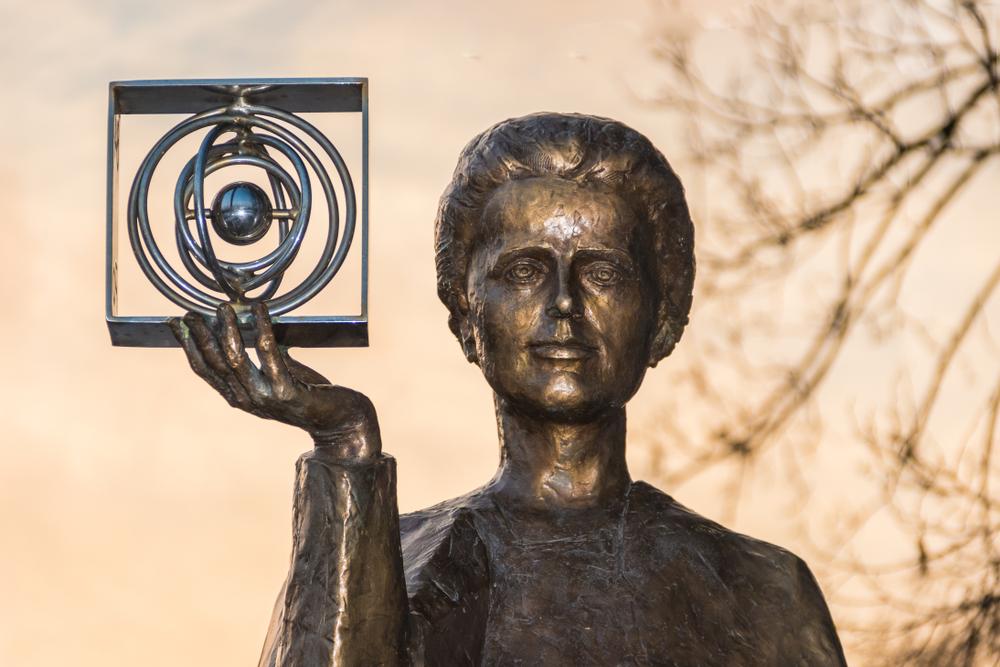 The MSCA is named after Maria Sklodowska-Curie Marie Curie, a pioneer for women in science. © irena iris szewczyk, Shutterstock

About 145,000 individuals and organisations have benefitted from the Marie Skłodowska-Curie Actions (MSCA), the flagship funding programme for doctoral education and postdoctoral training since 1996. On the 25th anniversary, we speak to key actors about the MSCA’s achievements and former recipients who have gone on to distinguished careers.

Several decades ago, the European Union (EU) envisioned strengthening its position as a world leader in science through mobility. One way to do this was by attracting talented researchers to collaborate in any field and across disciplines throughout Europe. By providing these PhDs and postdocs with financial support, they could expand their horizons and extend the frontiers of knowledge through a period of work lasting between a few months and a few years in another European country.

In 1996, the European Commission took a major step in achieving this ambitious goal by placing all mobility programmes covering various research areas under one umbrella. The scheme was named after Marie Curie because she embodied such core values as excellence, mobility, gender balance and interdisciplinary research. She was a pioneer for women in science, a remarkable achievement considering that they were not even allowed to attend university in her home country, Poland. Under Horizon 2020, the programme was renamed the Marie Skłodowska-Curie Actions (MSCA), emphasising the namesake’s Polish heritage and diversity.

‘Inspired by the remarkable European scientist and the only female double Nobel Prize winner, the MSCA have become the reference programme for supporting researchers’ training and career development, and for developing excellent doctoral programmes, not only in Europe but worldwide,’ commented European Commissioner for Innovation, Research, Culture, Education and Youth, Mariya Gabriel. ‘Over the past 25 years, the MSCA have supported 145,000 researchers worldwide – amongst them many trailblazers and brilliant minds thinking ahead of their times, including 12 Nobel laureates.’

The MSCA have evolved considerably over a quarter century, especially by looking beyond Europe’s borders. Researchers from about 160 nationalities have been hosted by organisations in over 100 countries.

Since their launch, the MSCA have been playing a major role in strengthening researchers’ mobility opportunities. Today, they contribute to the Commission’s plan to revitalise the European Research Area – a single, borderless market for research, innovation and technology across the EU. 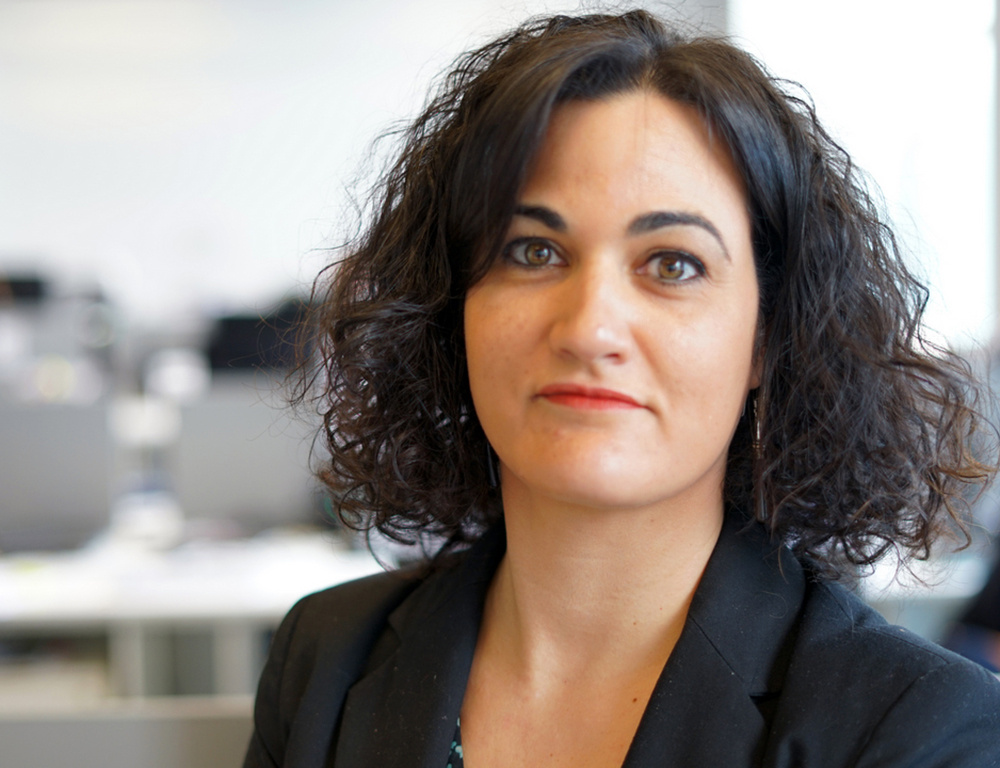 ‘In many ways, the MSCA model is a best practice when it comes to funding calls for human resources in research, and thus a potential inspiration for other programmes,’ noted Cristina Gomez, the Spanish National Contact Point (NCP) for MSCA since 2014. She actively participates in the international NCP network, promotes the MSCA through informative and hands-on training sessions in Spain, Europe and abroad, and offers direct support to researchers and institutions. ‘The schemes are focused on key aspects such as mobility training and professional career development that contribute to making MSCA a model to follow across Europe.’

Ms Gomez explains how the MSCA help to foster Europe’s future scientists. ‘What makes the MSCA such a success is the fact that they provide recipients with multiple possibilities to expand their knowledge and benefit from interdisciplinary and intersectoral training, enabling them to build bridges between academia and industry while exploring different career paths.’

Researchers face several challenges mainly due to lack of funding opportunities and clear long-term career prospects. The MSCA have been a key driver in the change towards the structural recognition of researchers as professionals among Member States. The European Charter & Code for Researchers was created to ensure that Member States and organisations provide the right conditions for researchers.

Over the years, this has helped to change the mindset of many Member States and organisations. ‘Nowadays, it’s estimated that over 85% of researchers in Europe below 35 have fixed-term contracts. Although an increase in funding would improve one side of the problem, long-term career prospects necessarily imply professional options outside academia. In this sense, both the emphasis on supporting researchers’ career development and the favourable conditions for intersectoral collaborations in the MSCA should be one of the MSCA’s key contributions for the next generation of Europe’s scientists,’ notes Cristina Gomez. 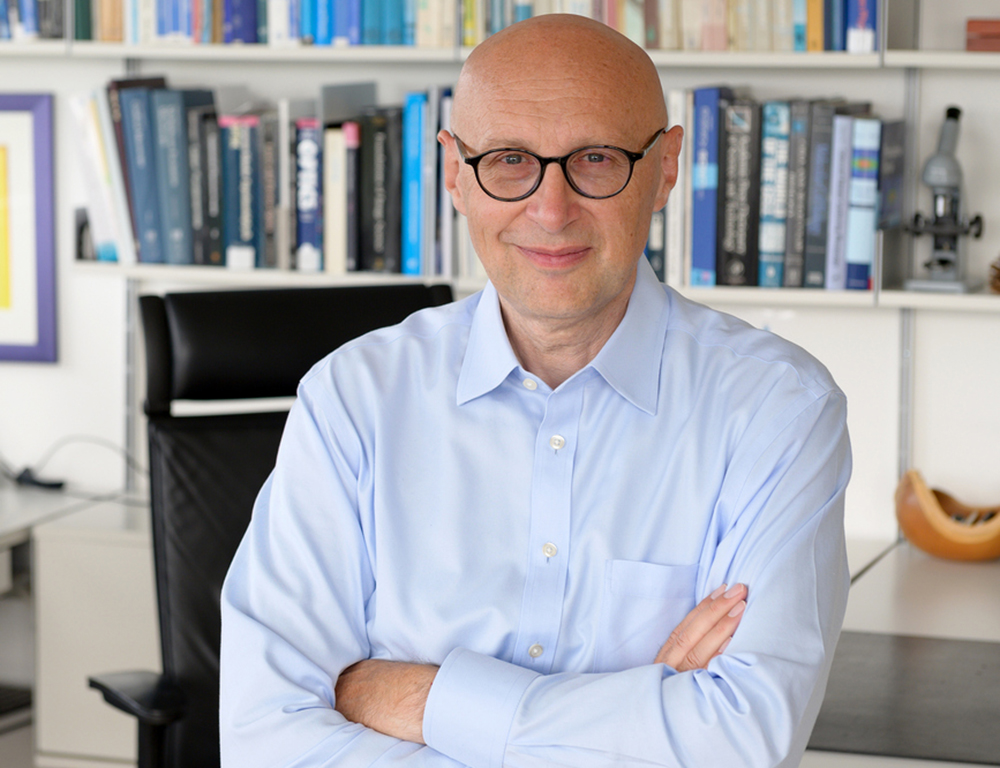 In 2014, Prof. Dr Stefan Hell won the Nobel Prize in Chemistry for pushing the limits of the light microscope. However, were it not for his MSCA fellowship at the University of Turku in Finland in the mid-1990s, the world would never have had the opportunity to benefit from his outstanding contributions.

‘When I received the fellowship, I was a “freelance” postdoc at the University of Turku without a realistic perspective on an academic career,' explained Prof. Dr Hell, who is Director of Germany’s Max Planck Institute for Biophysical Chemistry and Max Planck Institute for Medical Research. ‘I had set my mind on overcoming the diffraction barrier in optical microscopy and had developed a number of concepts on how to do it. I was the only one working seriously on this problem and quite convinced that it would work. However, the scientific world was not. I applied for the fellowship because I had run out of money and was about to drop out of science. The fellowship saved my career because it bought me some time to perform a number of important experiments that supported the viability of my ideas and eventually find an institution that would support me in pursuing them.’

These pioneering experiments greatly helped to persuade the Board of Directors of the Max Planck Institute for Biophysical Chemistry in Göttingen in 1996 that he was suitable to work in their world-renowned institute.

Prof. Dr Hell obtained a PhD in physics from Heidelberg University, Germany, in 1990. As a coordinator of three MSCA individual fellowships, his advice to potential recipients is simple: ‘Aim high, stay grounded.’ He also has some guidance for young researchers. ‘Work on an interesting problem in science that no one else is working on. It should be something that fascinates you and makes you feel that you can make a difference. If you are passionate about it and lucky, you will really succeed at making a difference.’ 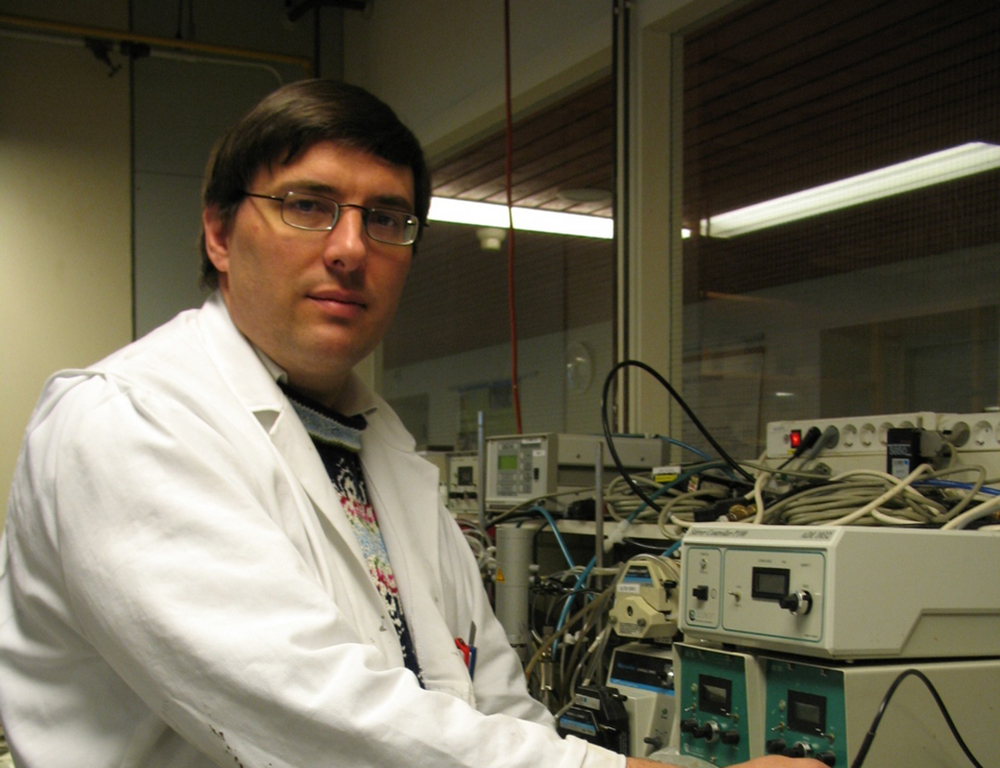 I have built my research career with the support of 17 Marie Curie projects in the past 27 years, making me a true ambassador for the MSCA.

Prof. Dr Piet Lens is a triple recipient whose MSCA journey began in 1994 at the National University of Ireland (NUI), Galway, continued in 1996 at Wageningen University & Research, The Netherlands, before concluding in 2008 at the UNESCO Institute of Hydraulic Engineering (IHE), The Netherlands. The MSCA’s impact on his academic career is obvious. He is professor of new energy technologies at NUI, adjunct professor of environmental biotechnology at IHE Delft Institute for Water Education and adjunct professor at Tampere University, Finland. Prof. Dr Lens has co-authored more than 650 peer reviewed papers and over 60 book chapters. ‘I have built my research career with the support of 17 Marie Curie projects in the past 27 years, making me a true ambassador for the MSCA,’ he said.

Who better than Prof. Dr Lens to advise those considering a research career? ‘By moving to another country to carry out research, you are forced to get out of your comfort zone, and while this can be difficult in the beginning, you learn how different academic and professional cultures work while also better understanding social cohesion,’ he noted. ‘I urge everyone to apply for a fellowship because wherever you go and whatever you do afterwards, you’ll be richer for having performed research under the MSCA umbrella.’

Prof. Dr Lens concluded: ‘I think the MSCA really implement well the EU value of appreciating other cultures and breaking down barriers between different Member States. They foster European identity, something to be applauded and supported.’ 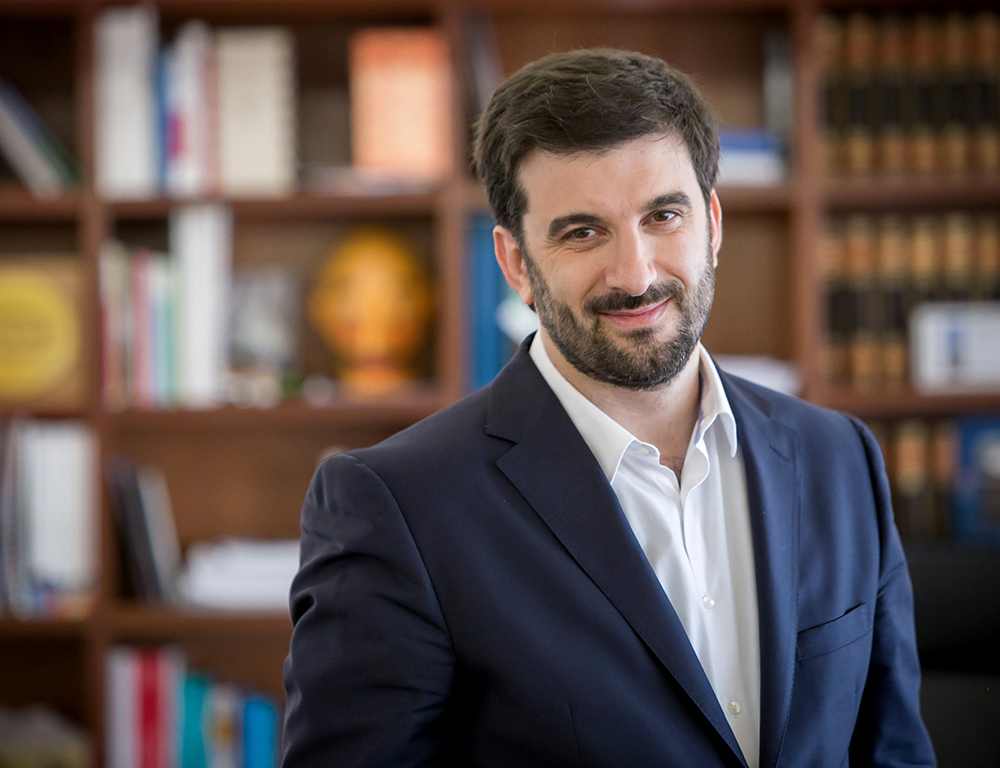 As Minister of Education since 2015, 40-something Dr Tiago Brandão Rodrigues is a rising star in Portuguese politics. However, his roots are in research, and the MSCA helped him get to where he is today. With a PhD in biochemistry from the University of Coimbra, Portugal, he completed his MSCA fellowship at the Cancer Research UK Cambridge Institute. ‘It was a real fundamental turning point in my scientific career because I had the opportunity to carry out great science. The fellowship was the tool, the instrument that enabled me to move to the University of Cambridge, an institution where learning and research are at the highest international level.’

Dr Brandão Rodrigues boosted the visibility of his cancer research by getting involved in non-governmental organisations and outreach activities, for example. He says that this exposure was very important for his political career. At that time, he had no political experience. ‘And of course, the credibility of the MSCA certainly bolstered my CV.’

Dr Brandão Rodrigues has some words of wisdom and inspiration for young researchers: ‘Try to learn, learn, learn. Insist as much as you can on the projects that you truly believe in. But the most important thing is that you should try to use the freedom you have with the fellowship to produce the science that you truly dream of.’ He added: ‘You have the opportunity to be one of those citizens of the world that increase humankind’s level of knowledge or quality of life with your Eureka moment, and that is something unique.’ 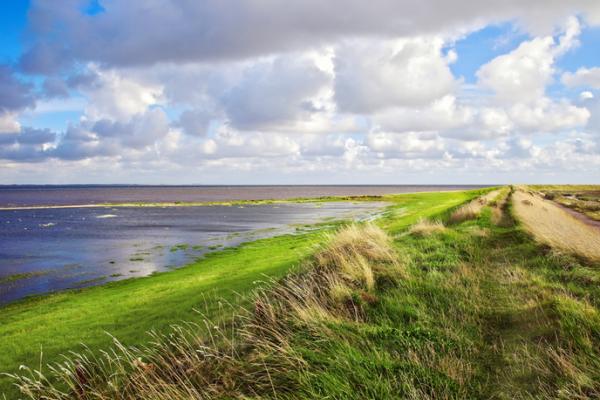