How hybrid electric and fuel aircraft could green air travel 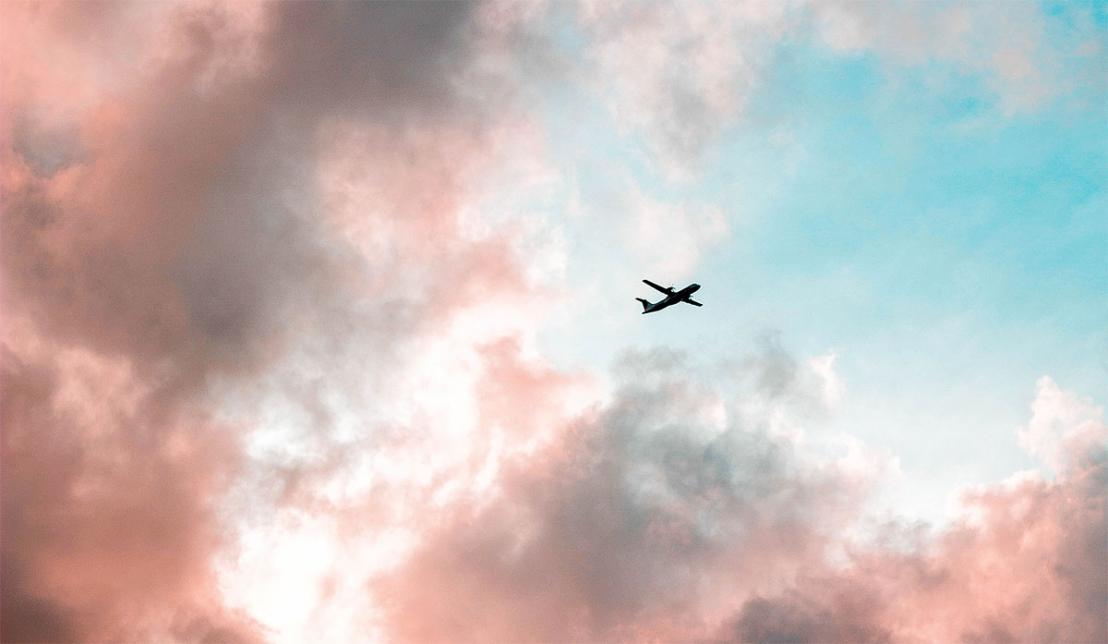 Making aviation sustainable is critical if the EU is to reach its goal of becoming climate-neutral by 2050. Image credit - Nur Andi Ravsanjani Gusma/ Pexels, public domain

With air traffic set to increase 5% every year until 2030, scientists are looking at how to make aeroplanes more sustainable. But with current batteries making electric aircraft far too heavy, hybrid fuel and electric models could point the way forward for greener air travel - and could become airborne within 15 years.

Aviation contributes significantly to the European economy, generating more than €500bn per year and supporting 9.3 million jobs. But it also has an environmental impact that needs to be tackled. Flying is responsible for more than 2% of global greenhouse gas emissions and about 3% in Europe. More sustainable aeroplanes are needed to meet the European Union’s target of net-zero greenhouse gas emissions by 2050.

And with the industry being hit hard by the pandemic, causing a drop in air traffic, making air travel sustainable is seen as key to Europe’s recovery.

Developing hybrid-electric aircraft could be part of the solution. Similar to hybrid cars, the technology combines two sources of power, typically fuel and an electric battery or hydrogen fuel cell.

‘By hybridising sources, you can reduce the fuel burn of aircraft and therefore the environmental impact,’ said Dr Xavier Roboam, a senior scientist and deputy director at the LAPLACE lab at the University of Toulouse in France. ‘It’s the first step before the final step, which may be zero-emission, fully-electric aircraft.’

Energy density, or the amount of energy you get per kilogram, is still a limiting factor for electric aircraft. Batteries needed to power electric motors are still too heavy to be feasible alternatives on their own, where a battery is typically about 30 times heavier than a volume of kerosene jet fuel that could provide the same amount of energy. Small electric planes have successfully made short test flights, and the world’s largest could start carrying up to nine passengers on commercial flights of up to 160 km by the end of next year. But batteries that would allow a large plane full of people to travel thousands of kilometres, as conventional planes do today, would make the aircraft too heavy to take off.

'(Hybrid aircraft are)&nbsp;the first step before the final step, which may be zero-emission, fully-electric aircraft.'

Hybrid planes are currently more promising since using some fuel helps with the weight issue. Dr Roboam and his colleagues are looking at how the weight of a plane can be further reduced as part of the HASTECS project.

They are focussing on major components, such as the system that converts power between the two sources and the electric motors. They are creating new designs that are being tested through computer simulations. ‘We are trying to maximise the ratio between the power you are able to deliver and the weight that is necessary to deliver that power,’ said Dr Roboam.

The project is aiming for specific targets. The goal is to design an electric motor that would double the power-to-weight ratio of electric motors used today, such as in a Tesla electric car, to achieve 10 kilowatts per kilogram by 2035. They also want to increase the power-to-weight ratio of power converters to 25 kilowatts per kilogram by the same period. Meeting these two goals would allow a hybrid aircraft to be about 1600 kilograms lighter than they are projected to be in 2025 and to burn up to 10% less fuel.

After about four years of work, the team has met their goal for the electric motors. They were able to optimise their structure by using electromagnetic materials, for example, and using special wires called Litz wires helped improve their performance. Motors heat up more when their size is reduced, so members of the team also came up with a more efficient way to cool them using an internal cooling system.

For the power conversion system, their goal was surpassed by modifying its structure and improving the cooling system. ‘We are beyond the target which is very successful for the project,’ said Dr Roboam.

Once the project is completed next year, Dr Roboam and his colleagues would like to follow up by doing experiments to validate the simulations produced during HASTECS. But they will need to find an experimental facility that can provide high power to test their designs. ‘It's very complicated and also expensive to make such validations because it’s a very high-power application (requiring) one megawatt of power,’ said Dr Roboam.

Dr Roboam thinks that in five to 15 years’ time, a hybrid aircraft using their concepts could take to the skies. On 21 September, Airbus announced plans for the world’s first zero-emissions aircraft using hydrogen as a power source. Since the hybrid aircraft designs produced in HASTECS use a hydrogen fuel cell, Dr Roboam is encouraged. ‘For us, it's very good news to continue,’ he said. ‘HASTECS is the first step to achieve that.’

Professor Andreas Strohmayer, head of the Department of Aircraft Design at the University of Stuttgart in Germany, and his colleagues are also working to make hybrid-electric flight a reality. They are trying to accelerate the development of a hybrid-electric aircraft with up to 50 seats that would start providing commercial flights in 2035 as part of the FutPrInt50 project. ‘The 40 to 50 seat range is the first commercial tool to have an impact (in terms of) transport capacity,’ said Prof. Strohmayer. ‘The larger you go from there, the more issues you have, so I believe in a step-up approach.’

One of the goals of the project is to design such an aircraft. Since the project started in January, the team has been analysing the requirements needed. They have been trying to figure out, for example, the relative importance of low emissions, range and speed to their design and looking at different options for components such as the powertrain, which is made up of the motor and associated parts – and energy storage using existing technologies. They are also investigating solutions for thermal management. ‘We are working on our reference aircraft so that we have a one-to-one comparison of our design against a conventional aircraft of the same size,’ said Prof. Strohmayer. 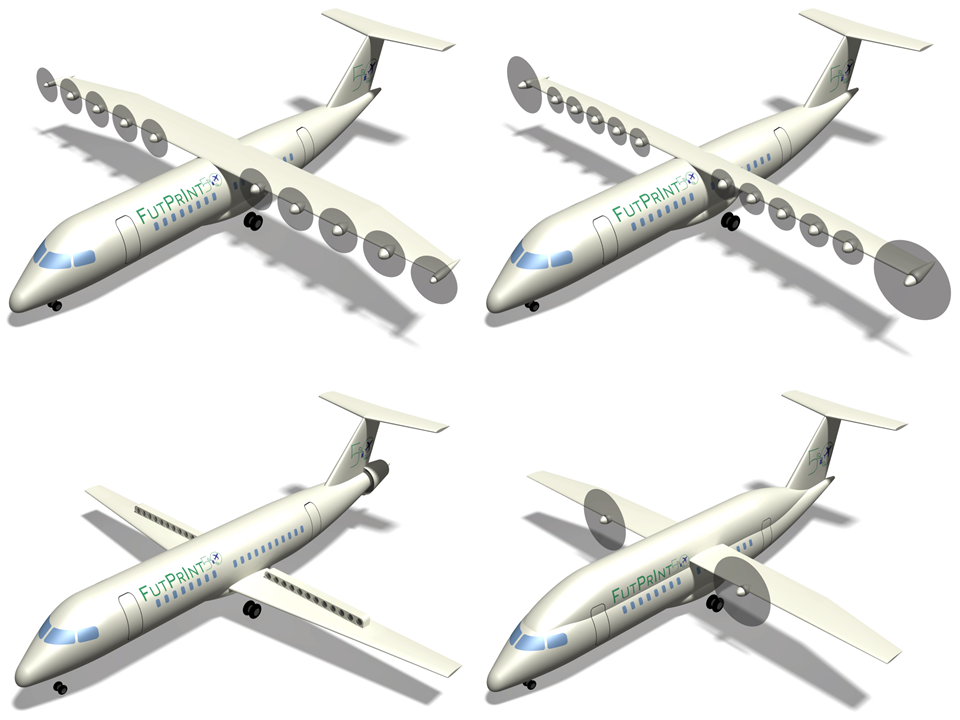 The team will also be focussing on developing ways to harvest energy that also helps reduce battery and fuel weight in hybrid aircraft. During descent, for example, when the plane doesn’t require power, the propellers could generate energy from the airflow. In electric cars today, braking can generate electricity, says Prof. Strohmayer. ‘The same is true for aircraft and we can recuperate energy.’

By the end of the project in 2022, the team will have developed a technology roadmap for all the different components needed, as well as a roadmap for the standards that need to be met for certification. It will be accompanied by a hybrid aircraft design that could be handed over to an aircraft manufacturer to make it come to life. ‘My vision is that my grandchildren can sit with me onboard one of these aircrafts in 20 years from now,’ said Prof. Strohmayer. ‘I want to see this built.’

Cancer research needs to change so that cancer treatment can become truly personalised, according to Professor Martine Piccart.
END_OF_DOCUMENT_TOKEN_TO_BE_REPLACED