How flood protection can paradoxically put people at risk 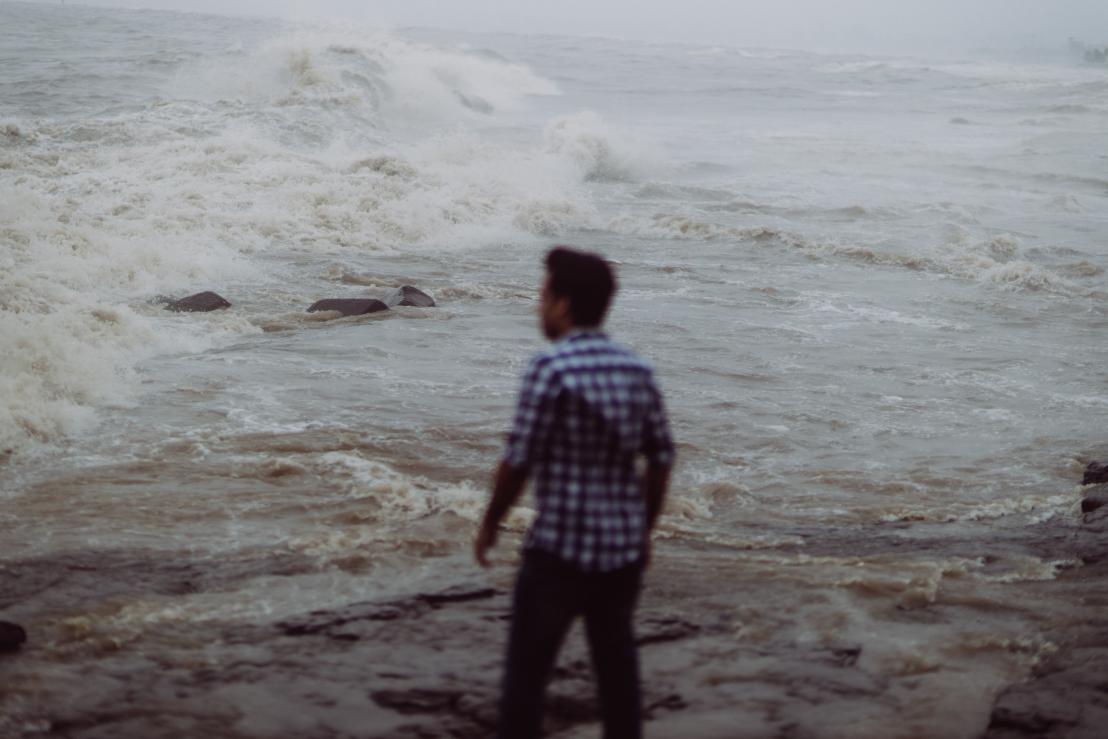 Sea level rise will, it is commonly predicted, displace 187 million people by 2100. But the figure, which comes from a 2011 study, is controversial. Image credit - Rish Agarwal / Unsplash

Governments who build defences against rising seas can actually increase their citizens’ risk of being flooded – if they fail to take account of the ‘safe development paradox’, according to a flood defence expert.

Professor Jeroen Aerts, a hydrologist at the Institute for Environmental Studies at Vrije University in The Netherlands, says that when a city builds a defensive wall or dyke, it can make its citizens feel so secure that they actually flock to live or to develop businesses in the protected area. What’s more, they don’t bother to install their own flood protection.

This means that when rare – but inevitable – extreme flooding occurs the damage can be colossal.

It is just one way in which flood protection modellers may be underestimating – and sometimes overestimating – the true consequences of sea level rise, says Prof. Aerts. And it is happening because physical scientists are failing to integrate human behaviour into their models.

Prof. Aerts leads a team that is trying to change this using the technique of agent-based modelling which attempts to reproduce complex phenomena like human behaviour. They use software that creates autonomous decision-making entities called agents, each of which assesses its situation and makes a decision based on a set of rules that have been drawn from survey data and decision theory.

Last year, they published a paper that underlined the problem of the safe development paradox. By modelling what is known about how humans behave when governments install flood protection where they live and work, the team demonstrated that ‘the impact of extreme flood events increases considerably when governments provide high protection levels, especially in large metropolitan areas.’

But the study went on to show that governments could ‘largely counteract’ this effect if they simultaneously promoted policies that encourage people to flood-proof their buildings.

‘Natural scientists forget about the whole social science aspect of it.’

Prof. Aerts believes that the failure of physical scientists to take human behaviour into account may also have led them to misjudge the degree to which flooding will drive migration. What’s more, it means they are not identifying precisely where it would be best to target help, because the models don’t distinguish adequately between those who will manage to look after themselves and those who won’t.

Sea level rise will, it is commonly predicted, displace 187 million people by 2100. But the figure, which comes from a 2011 study, is controversial.

‘Most modelling studies that deal with flooding risk or sea level rise use a top-down approach,’ said Prof. Aerts. ‘You have long-term scenarios – like how many centimetres is sea level going to rise, and what will the exposed population be … and you try to estimate the impact.’ Then, he said, the models are rerun to include the effects of various adaptation measures, such as dykes or managed retreat, after which researchers do a cost-benefit analysis.

‘Natural scientists forget about the whole social science aspect of it.’

Factors that get ignored include evidence that people’s decisions to migrate, or to stay and defend their land, vary with their wealth, age, risk perception, trust of government and attitudes to individual freedom.

Prof. Aerts says that his team is now turning the models on their head, in a new project known as COASTMOVE. They are integrating a global coastal flood risk model with an agent-based model to simulate how governments, private sector actors such as insurance companies, and individuals act and influence each other.

Another difference is that social scientists are feeding data into the project.

‘They provide me with the information about under what conditions are people going to implement a certain measure, from the individual level to the higher aggregate government level,’ said Prof. Aerts.

Some of this information is from pre-existing surveys on what drives people to migrate or otherwise respond to floods. The rest will be gathered from new surveys in six coastal areas in France, Ghana, the Marshall Islands, the United States, Vietnam and Bangladesh.

Other, less traditional sources of information will come from data already collected via mobile phones, Twitter posts and even tax returns.

They will use data from Bangladesh, for example, where other researchers have been able to discover, from anonymised mobile phone data, how many people have fled from floods, where they travelled, and how soon they returned. They will also use data that Prof. Aerts has gathered over the last six years using algorithms to monitor tweets that mention the word ‘flood’, in 20 different languages. This provides daily flood maps that give ‘a pretty good idea of where we can expect most of the problems’, he said.

More data is coming from the United States where it has been possible to draw conclusions about migration after flooding from the location from which people have filed their annual tax returns. 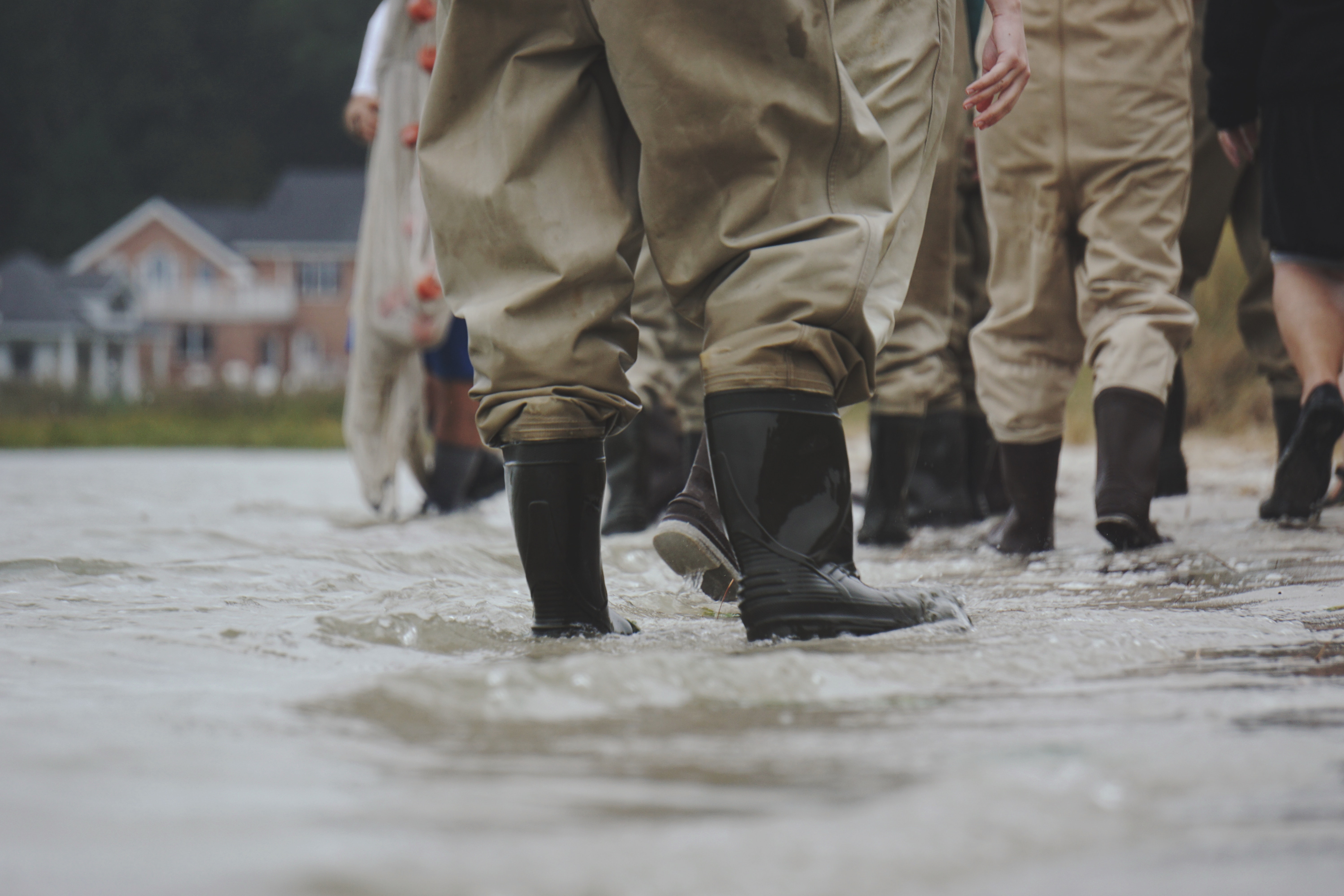 Prof. Aerts believes that the failure of physical scientists to take human behaviour into account may also have led them to misjudge the degree to which flooding will drive migration. Image credit - The Tampa Bay Estuary Program / Unsplash

By simulating adaptive behaviour, the team hopes to provide more refined predictions about the degree to which sea level rise will cause migration – in the form of 1x1km2 global migration maps.

Dr Bina Desai, head of policy and research at the Internal Displacement Monitoring Centre in Geneva, Switzerland, says that sea level rise will bring a variety of direct and indirect impacts, which will affect people differently depending on factors such as inequality and poverty, that are not adequately reflected in models.

‘What’s needed, if we think about risk of migration and displacement, is modelling with a less strong focus on the hazard and a stronger focus on underlying vulnerabilities and what exacerbates them,’ she said.

‘In principle, it’s the only way to do it,’ Dr Desai said of COASTMOVE’s approach. Even as a conceptual model, she adds, it will help to work out how the many factors interrelate.

‘The downside is to move beyond the conceptual model,’ she added. ‘If you want to translate that into numbers then (when we have tried it) we found we failed because all the inputs could not be populated with data.

‘But if they can find a way of doing it by (collecting enough data), using proxies and making assumptions and somehow modelling it out then I think that’s great.’

Just how are our seas changing and rising with climate change and the melting of Earth’s ice caps? This is the final story in a three-part series looking at the past, present and future of extreme sea level rise. In part one, we looked at what the last interglacial can tell us about extreme sea level rise and in part two we looked at rise of atmospheric ‘meteotsunamis’.

The future of fashion is woven with planet-friendly fibres made from textile waste.
END_OF_DOCUMENT_TOKEN_TO_BE_REPLACED