How do we feed the world? The internet of things can help 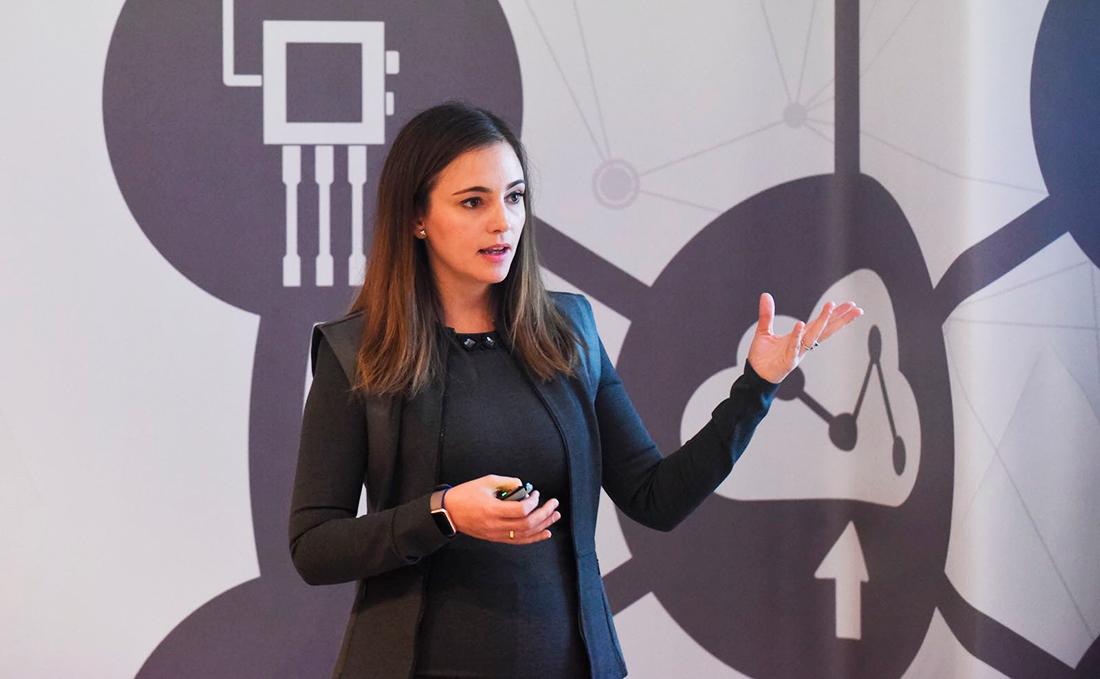 Connecting objects and devices through the Internet of Things (IoT) can help solve the greatest challenges of our time, from cutting emissions to feeding a growing population, believes Alicia Asín, CEO and co-founder of Spanish technology company Libelium which makes IoT hardware. Asín was the second-place winner of the 2018 EU Prize for Women Innovators.

When it comes to IoT, smart homes – with voice-activated speakers or automated lighting, for instance – usually come to mind. Yet the possibilities of this technology go far beyond the domestic sphere. What does IoT mean to you?

‘IoT is a revolution like the railroad or the steam engine. People usually relate IoT – battery-powered and wirelessly-communicating sensors - only to home automation, but it goes further than having your refrigerator connected to the internet.

‘This technology can help to solve global sustainable development challenges. For instance, given the growth in global population (predicted to reach nine or 10 billion people by 2050), we need to increase crop production by 70% or we will be unable to feed the whole planet.

‘The first step to improving something is measuring it. In agriculture, using sensors to measure the levels of moisture or fertilisers in soil can reduce the need for irrigation or fertilisers and therefore increase productivity.’

How do you think IoT is changing cities and society?

‘The IoT is creating a data culture by introducing the concept of measure, think and then make a decision. If you’re the mayor of a city and decide to implement a congestion charge or restrict access to diesel vehicles but you cannot demonstrate the levels of pollution, citizens will think the decision came down to political or ideological reasons. But if you can back up the decision with data, then that’s working towards more transparency.’

Where do you think smart cities are headed?

‘Urban mobility: shared transport systems, autonomous vehicles, smart parking systems, traffic control platforms. All these innovations directly impact on our quality of life, since they will free up our time and provide us with more liveable and healthy urban areas.

'IoT is a revolution like the railroad or the steam engine.'

What do you think our homes and cities will look like in 10 years’ time?

‘The biggest changes are always the ones you do not see. Regardless of the number of devices or gadgets, the most effective results are intangibles – reductions in energy consumption, optimisation of time, new relationships between people and technology, new jobs for roles we don’t even know about yet.’

You co-founded Libelium with your business partner David Gascón in 2006 while you were both studying computer engineering at the University of Zaragoza, Spain. Why did you decide to specialise in the hardware that allows IoT developers’ devices to communicate?

‘Back then, we were both aware that we were at the beginning of a new technological revolution. But we saw so many potential IoT applications in absolutely every single sector of industry (such as agriculture or healthcare) that we couldn’t pick just one. It was very difficult to forecast which sector was going to be the winner and that was the reason we decided to go horizontal. This means that our technology offers solutions for applications as diverse as smart management of water supply, improvement of agricultural production, environmental control of air and noise in cities, intelligent parking systems, etc.’

What are some of the most exciting applications of Libelium’s Waspmote platform?

‘It is present in projects with great economic and social impact that address the biggest challenges humanity faces in the coming century.

‘Libelium sensors are helping to prevent pests and improve productivity in agricultural crops, reduce pollution and traffic in several smart cities, predict volcanic activity, open up access to healthcare for populations outside hospital zones. They have even travelled into space aboard satellites to study solar storms.’

Connected devices generate a huge amount of data. How can it be kept safe?

‘It’s a shared responsibility. We as a technology provider need to make sure we are delivering mechanisms and functions that enable users (operators) to protect their technology (and keep the data they collect safe). It is important for the public to be aware that security and privacy are not trivial concerns. If we as consumers are willing to have our driving monitored to achieve savings on our vehicle insurance or to share our personal data to access better prices for certain services, we must be aware and clear about where we want to set the limits.’

In June you won second place in the EU Prize for Women Innovators. What did this mean to you? How will you use the €50,000 cash prize?

‘Each prize is a boost of energy and inspiration. Regarding the prize money, we will be reinvesting it in new R&D activity. We are developing new integrations of third-party sensors and devices to be compatible with our platforms to extend the interoperability of the IoT.’

The 2018 European Commission’s Women in Digital study found four times more men than women in Europe with ICT-related studies and a decrease in women taking up ICT related higher education since 2011. As a female CEO in a male-dominated industry, what do you think needs to happen to reverse the growing gap?

‘I have reasons to be both optimistic and pessimistic. Companies are acknowledging that there is a gender barrier, but the number of girls in engineering and computer engineering studies is decreasing. If we are creating awareness in companies to be more gender aware but if in a few years they are not receiving any resumes from women, it will all be for nothing.

‘Teachers must be capable of transmitting not only knowledge but also curiosity and concern for the transformations that are taking place between the physical and digital worlds.

‘We need to start working with schools to give role models to all those girls so that they can choose the kind of woman they want to be.’

The sixth edition of the EU Prize for Women Innovators prize was launched by the European Commission on 6 November, 2018 at the Web Summit being held in Lisbon, Portugal. The prize recognises exceptional women entrepreneurs who have founded or co-founded their own companies. Three main prizes of €100,000 are awarded to female entrepreneurs while the €50,000 ‘Rising Innovator’ prize is given to a woman at the start of her career who is 35 years old or younger. The deadline for applications is 16 January 2019. Winners will be announced in the spring of 2019.

The future of fashion is woven with planet-friendly fibres made from textile waste.
END_OF_DOCUMENT_TOKEN_TO_BE_REPLACED